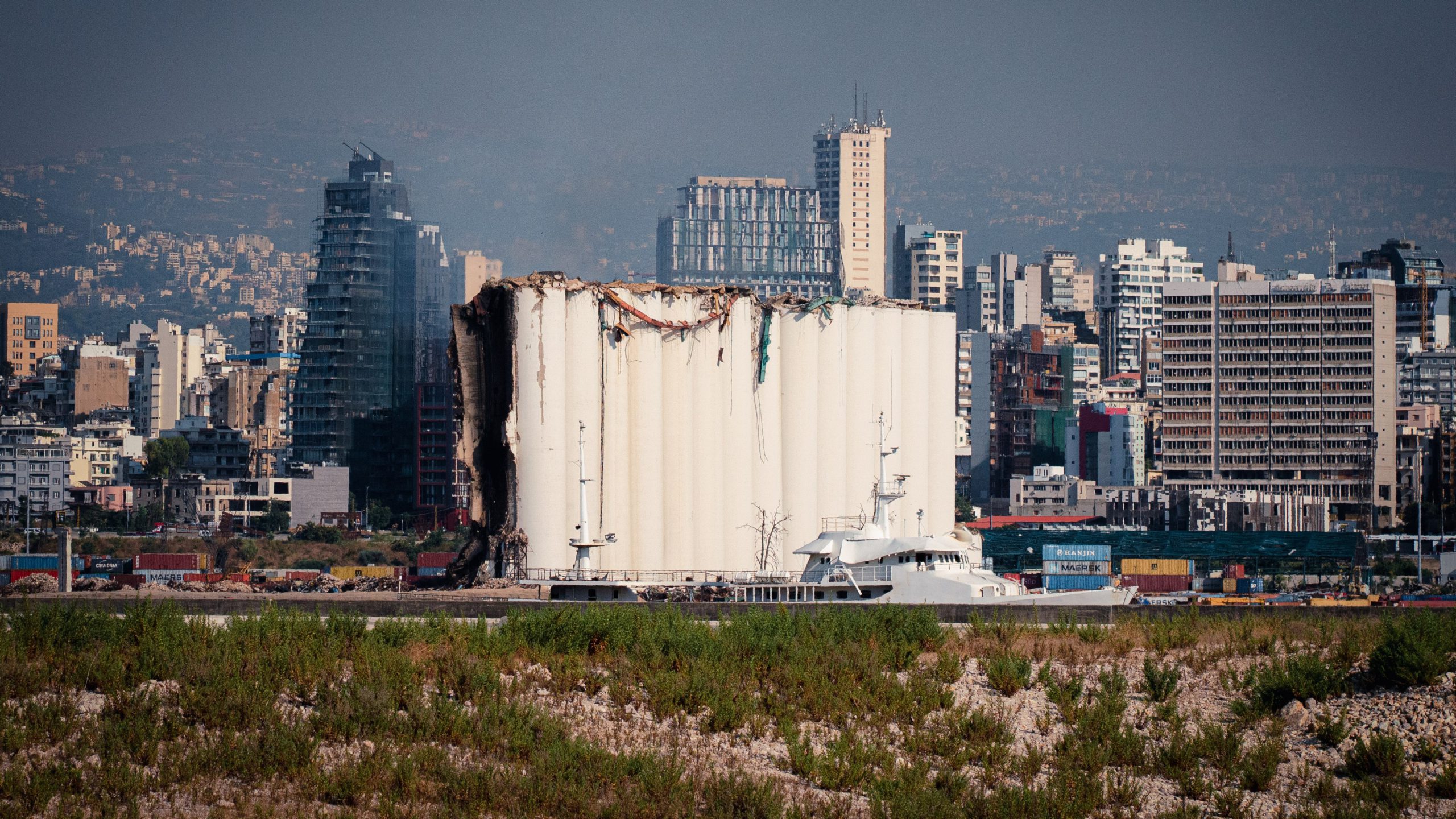 The grain silos at Beirut’s port on 29 July, 2022. (Photo credit: The Cradle/Esteban Carrillo)

Two years after the largest non-nuclear explosion in history rocked the Lebanese capital, the citizens of Beirut are looking back at the devastating events that forever changed their city.

Civil society groups and the families of the 218 victims have planned protest marches for Thursday to demand truth and justice.

Nonetheless, the flagrant politicization of the investigation and deep-rooted sectarianism in Lebanese culture have threatened to leave those responsible for the blast in impunity.

Last month, several of the victims’ families filed a $250 million lawsuit against a US–Norwegian firm suspected of being involved in the transfer of the explosive material to the port.

In the afternoon of 4 August, 2020, hundreds of tons of haphazardly stored ammonium nitrate exploded in the heart of Beirut, sending a massive shockwave that tore through several neighborhoods, injured thousands, and caused over $15 billion in damage.

According to experts, had the blast not happened by the sea, the entire city would have been levelled, as the shockwave was felt as far away as Cyprus.

One of the dilapidated grain silos that also served to protect the city collapsed mere days ago, allegedly as a result of fires caused by a combination of the fermented grain and the intense summer heat.

Authorities have asked demonstrators to stay away from the vicinity of the remaining silos, as they say these could collapse at any time.

On the morning of the anniversary, outgoing President Michel Aoun stressed his “commitment to fulfilling justice that is based on full truth,” adding that “no one is above the law.”

Prime Minister-designate Najib Mikati made a similar statement, saying that “there will be no resurrection for Lebanon without prompt justice, no matter how long it takes.”

Meanwhile, the political arm of Hezbollah offered  its condolences to the families of the dead: “Christians and Muslims, Lebanese and non-Lebanese.”

The statement also highlighted the “huge wave of intense political and media campaigns that included false accusations and incitement that led to a very dangerous internal tension,” referring to a premeditated campaign that sought to place the blame for the disaster at their feet.

An in-depth investigation by renowned Lebanese journalist Radwan Mortada, published by The Cradle a year ago, points to the military and judiciary as the main parties responsible for the disaster.

“If the army had carried out its function, entrusted exclusively to Lebanon’s military under the country’s Weapons and Ammunition Law, by supervising the nitrate storage, destruction, or re-export, the devastating explosion would have been averted,” Mortada writes.

“Similarly, if judges had done their job, a legally binding – not a political one – decision would have ensured the destruction or immediate exportation of the explosive materials from Warehouse 12 in the Port of Beirut,” the journalist adds, in controversial statements that landed him a one-year prison sentence from the military court.