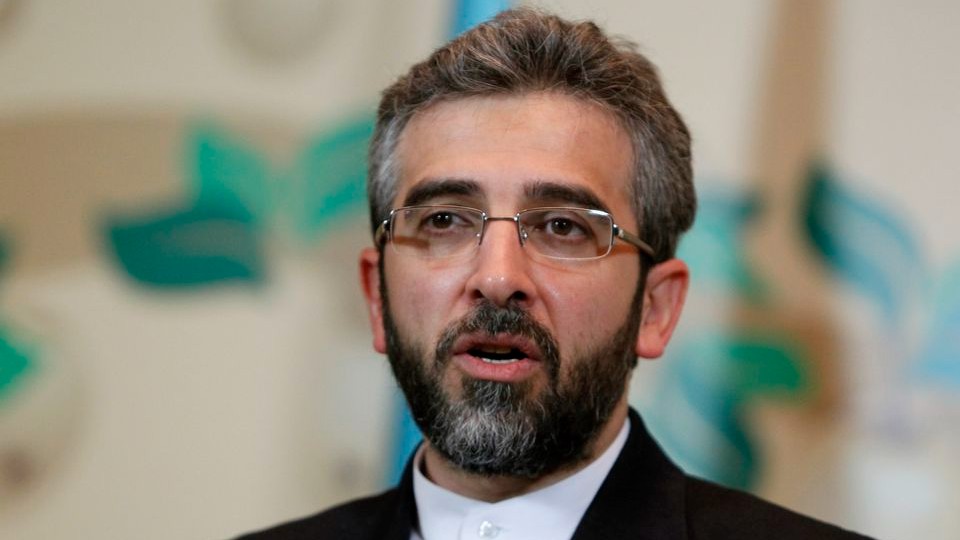 Iran’s nuclear negotiating team, led by Deputy Foreign Minister Ali Bagheri, arrived in Vienna on 3 August for a new round of talks to revive the Joint Comprehensive Plan of Action (JCPOA).

Bagheri met with High Representative of the European Union for Foreign Affairs and Security Policy Josep Borrell after holding discussions with Russian negotiators.

According to reports, further negotiations are expected to take place between Iran and its opponents in Vienna.

An informed source and member of the negotiating team told the Islamic Republic’s state-run news agency, IRNA, that Tehran will not abandon its demand that the US remove Iran’s Islamic Revolutionary Guard Corps (IRGC) from its blacklist.

US President Joe Biden has previously insisted on keeping the IRGC on the list of foreign terrorist organizations (FTO), throwing a wrench in efforts to revive the 2015 nuclear deal.

Washington designated the IRGC as an FTO in April 2019, as part of the “maximum pressure” campaign of former president Donald Trump against the Islamic Republic.

This was the first time that a country’s military had been added to the blacklist.

Following this, Iran exercised what it calls a year of “strategic patience” by sticking to the terms of the accord, before then gradually scaling back its commitments in 2019.

During this period, the Islamic Republic undertook “remedial measures” that would placate other JCPOA signatories so that the entire accord would not collapse.

In this context, the Iranian chief negotiator tweeted, “the onus is on those who breached the deal and have failed to distance themselves from ominous legacy. The US must seize the opportunity offered by the generosity of the JCPOA partners.”

Back in March, former and current Israeli prime ministers, Naftali Bennett and Yair Lapid expressed major concerns over the potential removal of the IRGC from the blacklist.

In a joint statement, Bennett and Lapid said: “We find it hard to believe that the definition of the Revolutionary Guards as a terrorist organization would be abolished in exchange for a promise not to harm the Americans.”

Their comments were in reference to an alleged US offer to remove the IRGC blacklisting, on the condition that Iran halt retaliations against the US assassins involved in the January 2020 murder of Iran’s Quds Force General Qassem Soleimani.

Bennett said this would be a sign that the US was willing to re-enter the nuclear agreement “at any cost.”