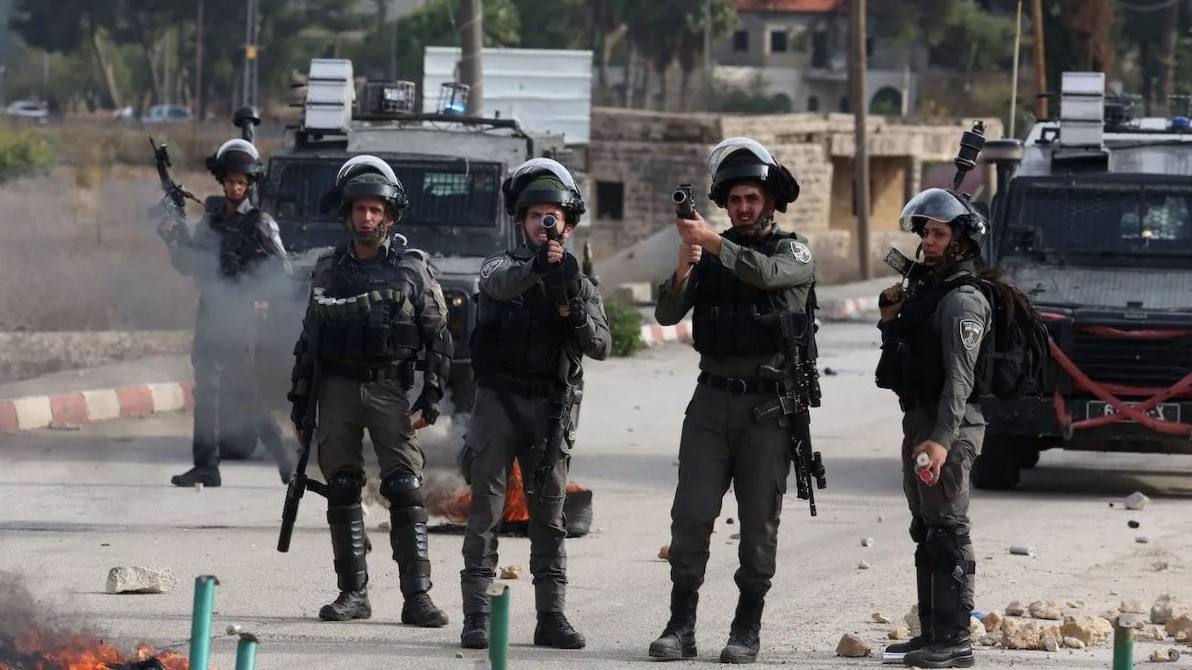 Russia’s state-owned news agency RT released footage on 8 August of an Israeli soldier in the West Bank city of Ramallah firing against a group of journalists.

The journalists were covering protests in the West Bank when the attack happened last week, and were wearing visible press markings. No injuries were reported.

“Thank God our team is experienced, and unfortunately, it has been exposed to fatal situations more than once. The young men reacted quickly: they lay on the ground and were unharmed,” RT Arabic’s director Maya Manna tweeted on Monday morning.

According to Reporters Without Borders (RSF), at least 30 journalists, most of them Palestinians, have been killed by Israeli fire in the West Bank and Gaza since 2000.

Meanwhile, Palestinian news agency WAFA claims 55 Palestinian journalists have been killed over the past 22 years, with no one ever being held responsible.

An independent investigation by the UN Human Rights Office (OHCHR) revealed that Abu Aqla and her fellow journalists made a concerted effort to be visible as members of the press to Israeli soldiers, who were carrying out a raid in the West Bank.

The OHCHR findings also showed that the Israeli soldiers continued to fire at the journalists even after they had already killed Abu Aqla.

Despite the international uproar surrounding her death, no soldier was held accountable, and the army shelved the investigation.

The US also sidestepped holding Israel accountable for the murder, saying their investigation “could not reach a definitive conclusion regarding the origin of the bullet that killed [Abu Aqla].”

The family of the late journalist called these findings “insulting to Shireen’s memory,” and said that they ignore “the history and context of the brutal and violent nature of what is now the longest military occupation in modern history.”