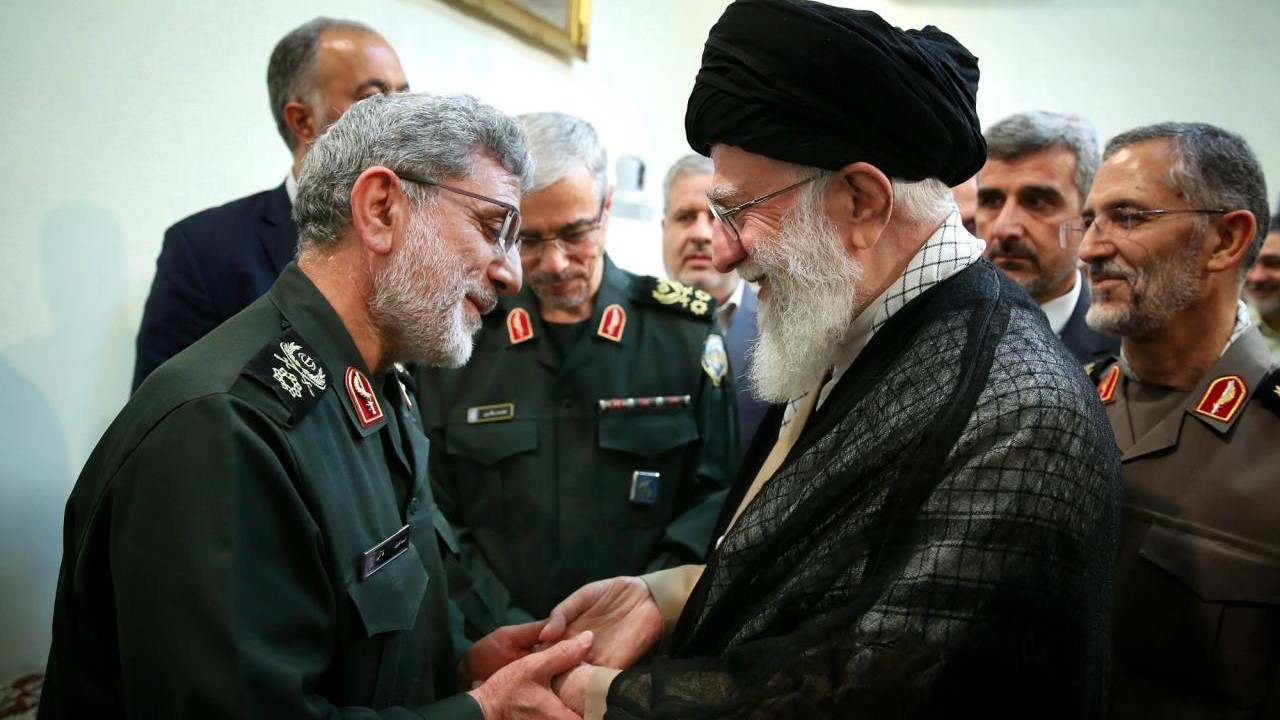 A European draft proposal to revive the Iran nuclear deal, written in close coordination with Washington, could negate the effect of US sanctions on the Islamic Revolutionary Guard Corps (IRGC).

According to a report by Politico, the proposal specifies: “Europeans and other non-Americans could conduct business with Iranian entities engaged in ‘transactions’ with the IRGC without fear of triggering US sanctions.”

These details were reportedly finalized on 8 August, after 16 months of negotiations between Iran and the remaining signatories of the Joint Comprehensive Plan of Action (JCPOA) — China, Russia, France, the UK, and Germany.

US negotiators have only taken part indirectly in the negotiations through their EU allies, as Washington unilaterally withdrew from the deal in 2018.

If the proposal is approved, European businesses would be allowed to deal with Iran without fear of US sanctions, as the IRGC has near-ubiquitous political and economic influence across the Islamic Republic.

“We are carefully studying the EU’s proposed final text and will provide our answer to them as asked. [The EU] described this text as their final effort at a compromise — nobody should be surprised that it requires difficult decisions for all participants,” a senior White House official who spoke with Politico said.

Rob Malley, the US special envoy for the talks in Vienna, contacted Politico after publication to highlight that the US has “not engaged in any negotiation about changing due diligence, know-your-customer, or other US sanctions compliance standards … that would remain under a mutual return to full [nuclear deal] implementation.”

Donald Trump blacklisted the IRGC in 2019, making it the first time that a military branch of a foreign government has been added to the foreign terrorist organization (FTO) list of the US State Department.

Current US President Joe Biden has sought to revive the JCPOA since taking office. However, he has refused Iran’s demands to remove the IRGC from the blacklist, mainly to appease Israel.

During an interview with Israel’s Channel 12 news that aired on 13 July, Biden said he was ready to put a definite end to the JCPOA-revival talks in order to keep the IRGC blacklisted.

Israel has also carried out assassinations and sabotage inside Iran in hopes of scuttling the talks.

Europe, on the other hand, has remained more open to providing guarantees to Iran, as they regard the country as an attractive source of energy at a time when entire industries are facing collapse after losing access to Russian fuel.

Just last month, Belgium ratified a a prisoner exchange treaty with the Islamic Republic in an unprecedented decision among European countries.

The details of the EU draft proposal come at a time when western media is trying to connect the IRGC to the brutal stabbing of Indian-born novelist Salman Rushdie, as well as to the alleged plot to assassinate former White House officials John Bolton and Mike Pompeo.

Keywords
ChinaDonald Trumpenergy crisisEUFranceGermanyIranIRGCIsraelJCPOA
More news
Iranian prosecutor general indicates suspension of ‘morality police’
Dec 04, 2022
Israeli jets bombard Gaza in response to Palestinian rocket fire
Dec 04, 2022
OPEC+ to stick to oil output reduction
Dec 03, 2022
Turkiye: US, Russia failed to clear Kurdish separatists from border
Dec 03, 2022
PreviousNext
Iranian prosecutor general indicates suspension of ‘morality police’
While Montazeri confirmed that operations of the morality police are currently over, there is no indication that they have been permanently dissolved
Dec 04, 2022
Israeli jets bombard Gaza in response to Palestinian rocket fire
The missile attacks were reportedly launched in retaliation to the execution of an unarmed Palestinian man by an Israeli soldier in the West Bank a day earlier
Dec 04, 2022
OPEC+ to stick to oil output reduction
Washington's most senior energy, economic, and foreign policy officials were tasked with lobbying Kuwait, Saudi Arabia, and the UAE to vote against the proposed output cuts
Dec 03, 2022
Turkiye: US, Russia failed to clear Kurdish separatists from border
Turkey has carried out a series of incursions into Syria since 2016 and already controls parts of northern Syria
Dec 03, 2022
Turkiye jails extradited PKK member from Sweden
The suspected Kurdistan Workers' Party member was immediately arrested upon his arrival at Istanbul airport
Dec 03, 2022
Iranian tanker formerly impounded by Greece docks in Syria
The arrival of the Iranian fuel at the port of Baniyas comes as Syria faces severe energy shortages
Dec 03, 2022
Neo-fascist Christian militia takes to the streets in Lebanese capital: Report
Lebanon's new right wing Christian militia boasts members that took part in last year's shooting of Hezbollah and Amal supporters in the Tayouneh neighborhood of Beirut
Dec 03, 2022
Iraq dismisses border guards commander to quell tensions with Iran and Turkey
Baghdad will form a joint committee with the leadership from the semi-autonomous Kurdish region to coordinate with Iran and Turkey an end to recent border tensions
Dec 03, 2022
Qatar pressures Hamas to avoid military escalation in Gaza until World Cup ends: Report
The reported pressure from Doha, however, has no bearing on the activities of the PIJ, another Gaza-based resistance faction with deep ties in the West Bank
Dec 03, 2022
UAE to disburse $817 million in housing support for citizens
The UAE president earlier waived off over $146 million of debts for 1,214 Emirati citizens
Dec 02, 2022
PreviousNext
Most Popular
US-Turkiye brinkmanship won’t reach a point of no return
BY MK Bhadrakumar Nov 28, 2022
The role of UK intelligence services in the abduction, murder of James Foley
BY William Van Wagenen Nov 25, 2022
A war of narratives: Who killed the child in Iran’s Izeh?
BY Fereshteh Sadeghi Nov 23, 2022
Pentagon fails to pass new financial audit, unable to account for over $2 trillion in assets
Nov 23, 2022
Israel, US to conduct air drill simulating attack on Iran
Nov 28, 2022