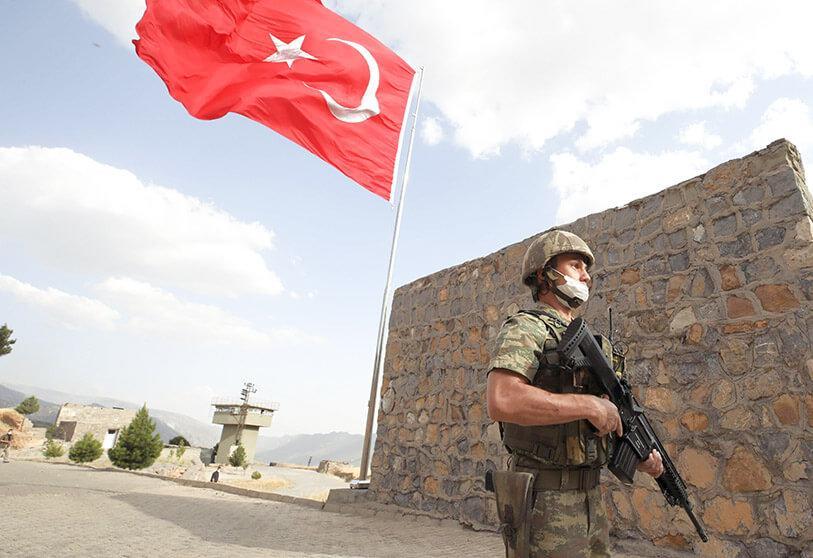 On the morning of 16 August, the Anadolu Agency reported that the Turkish National Intelligence Services forces killed the regional official of the Kurdistan Workers Party (PKK).

The operation was carried out in Syria’s city of Qamishli, in Hasakah governorate.

The Kurdish official Degvar Silopi, nicknamed “Mohsen Yagan,” was in charge of the PKK administrative office in Qamishli.

Additionally, the agency claimed that Yagan was the main executor of many “terrorist operations” that targeted Turkish security forces at the border separating Turkey and Syria.

The agency didn’t mention further details in reference to the operation.

Simultaneously, the US-backed Syrian Democratic Forces (SDF) extended their missile and artillery bombardment of the locations of Turkish-backed armed groups.

The SDF shelling reached the outskirts of the Turkish town of Karkemish at the border with Syria, reported pro-opposition media on 16 August.

Karkemish is a town and district of the Gaziantep Province in southeastern Turkey, and a bordering gate on the road to Jarabulus city in Syria.

According to local media, the Turkish army fired missiles back at the SDF-held positions in the surroundings of Manbij, Jarabulus and Kobani cities in the eastern Aleppo countryside.

“Yagan joined the PKK organization in the early 90’s, and was operational in Turkey and northern Iraq before moving to Syria in 2020,” the Ankara-based agency added.

Turkey, which has launched four operations in northern Syria since 2016, has vowed to initiate a new military campaign to create ‘safe zones’ 30 kilometers deep along the border.

Citing a military source, the Syrian Arab News Agency (SANA) reported on 26 July that the country is prepared to respond to any possible Turkish offensive in northern Syria.