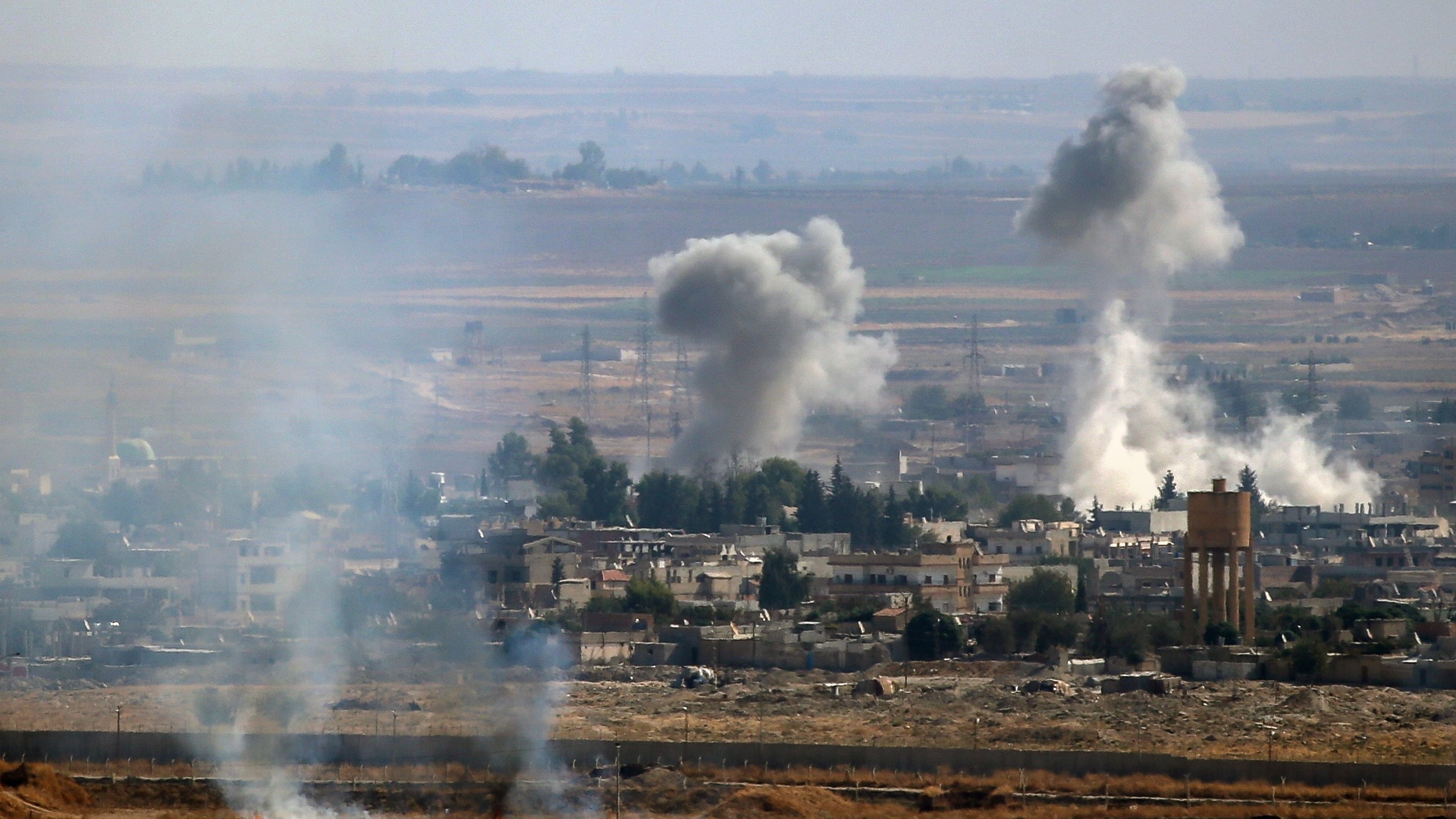 On the afternoon of 16 August, the Turkish army hit a Syrian Arab Army (SAA) position in Tal Jarqali village, west of the town of Ayn al-Arab in Aleppo governorate.

At least 11 Syrian servicemen were killed in the attacks and eight others were injured, according to the UK-based Syrian Observatory for Human Rights (SOHR).

The strikes were in response to SDF's rocket attacks that killed two Turkish soldiers. pic.twitter.com/WwvgNLY0IS

The retaliatory attack started when the Turkish artillery fired several shells that landed at the perimeter of the fortified SAA point.

“One hour after the artillery bombardment, the Turkish air force took part in the attack carrying out several airstrikes”, a wounded Syrian soldier said in a Kurdish TV interview.

The SAA base is located only two kilometers away from the Turkish border wall.

Earlier on the same day, the US-backed Syrian Democratic Forces (SDF) targeted a Turkish border post in the southern outskirts of Karkemish at the border with Syria.

As a result of the SDF attack, a Turkish soldier was killed and four others were wounded, Turkey’s defense ministry said.

For the same reason, a Turkish drone carried out a strike targeting the SDF-held Sanjak Saadoun village near Amuda in northern Hasakah countryside, leaving four people dead and three others injured, according to the SOHR.

The Syria-based Rojava Information Centre (RIC) said this is the 68th drone attack on northeast Syria in 2022.

The government forces have been stationed in Tel Jarqali since 2019 after a ceasefire agreement was reached between Russia and Turkey.

Turkish President Recep Tayyip Erdogan pledged to begin a military campaign into northern Syria earlier this year, allegedly to create ‘safe zones’ 30 kilometers deep along the border for the return of Syrian refugees.

On the morning of 16 August, Turkey’s Anadolu Agency reported that the Turkish National Intelligence Services forces killed a regional official of the Kurdistan Workers Party (PKK).

On the same day, during a visit to Moscow, Syria’s defense minister highlighted the need for Turkish and US occupation troops to leave the country at once.