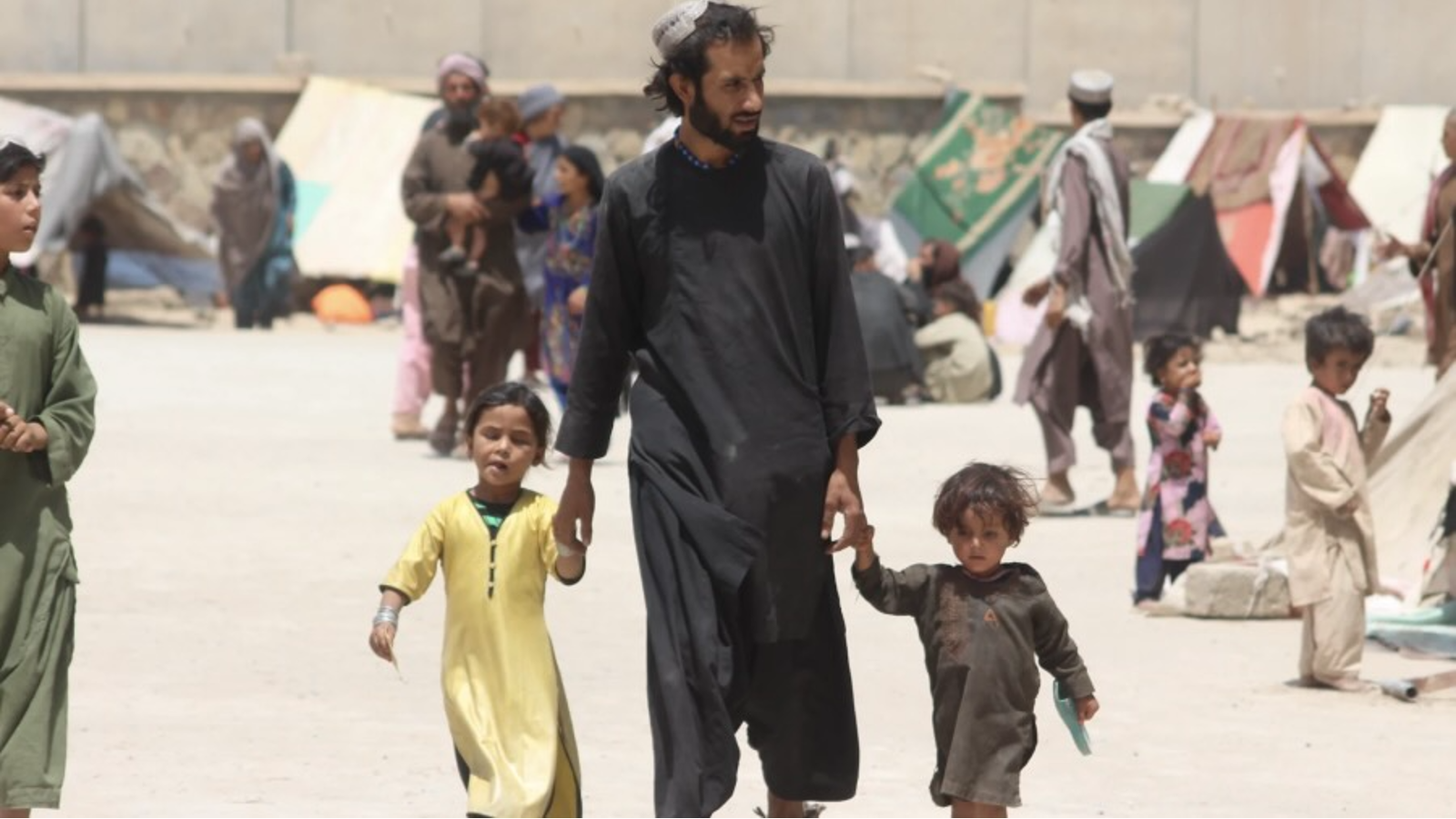 A displaced man and his two children walk through an informal settlement. (Photo credit: UNICEF Afghanistan)

In a letter, families of the victims of the 11 September attacks have urged US President Joe Biden to release the billions of dollars of Afghanistan’s foreign reserves being held in the US.

According to a report by Politico, 77 family members of the victims have called upon Biden to modify the February executive order that froze about $7 billion-worth of assets in the New York Federal Reserve Bank.

“Any use of the $7 billion to pay off 9/11 family member judgments is legally suspect and morally wrong,” the family members wrote.

The families of the victims stated that, while they accepted having filed lawsuits seeking restitution for their losses, they never intended for such compensation. It would amount “to taking money away from starving Afghans.”

On the one-year anniversary of the Taliban’s taking over Afghanistan, a victory against the US-trained army, Washington unilaterally decided to keep $7bln of Afghanistan’s foreign reserves.

“We do not see recapitalization of the Afghan central bank as a near-term option,” US Special Representative for Afghanistan Thomas West told the Wall Street Journal on 15 August, an exact year after the Taliban took control of the Afghan capital, Kabul.

Under the government formed by 20 years of US-led NATO war in Afghanistan, foreign “humanitarian aid” became the main source of revenue for the government.