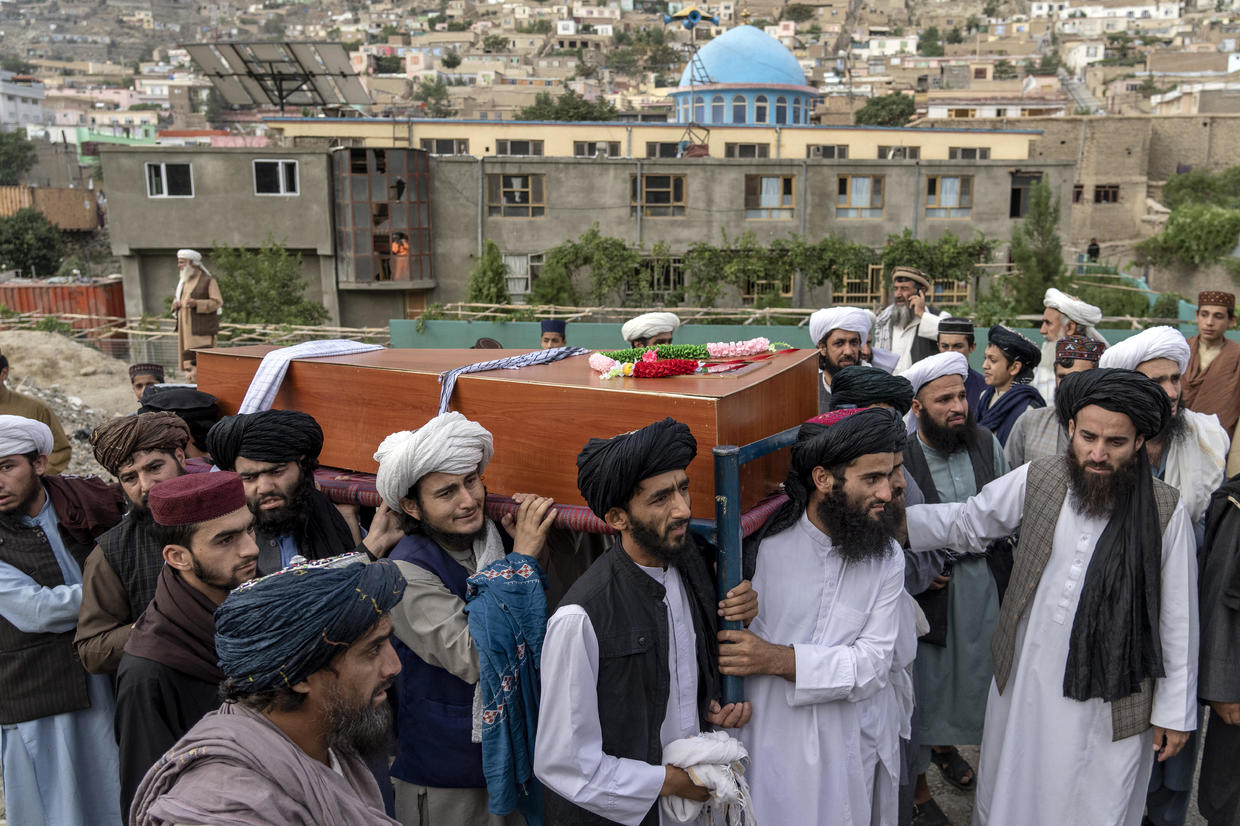 Mourners carry the body of a victim of a mosque bombing in Kabul, Afghanistan, on August 18, 2022.

A large explosion struck a mosque near the Afghan capital during evening prayers on 17 August, resulting in several casualties.

The blast took place in Sare Kotal, an area to the north of Kabul.

At least 35 people were wounded or killed, with the toll expected to rise, a Taliban intelligence official told Reuters news agency.

Kabul’s Emergency Hospital released a statement saying it received 27 casualties from the blast, including a seven year old child.

One of the victims from the attack, which happened during the Maghrib prayer, was sheikh Amir Mohammad Sahib. He is the second Shia Muslim scholar to be targeted by a bomb attack in less than a week.

Since regaining power in the country in August 2021, the Taliban has been combatting a local ISIS faction, which is believed to be behind most of the recent explosions in Afghanistan.

Khalid Zadran, the Taliban-appointed spokesman for the Kabul police chief, confirmed an explosion inside a mosque but did not provide a casualty toll.

On the other hand, Taliban’s official spokesman Zabihullah Mujahid also did not give a death toll from the attack, but condemned the bombing in a tweet and asked for “prayers for the martyrs.” He also promised that “the killers will be held accountable soon.”

It is not yet clear who is responsible for the attack, which comes days after members of the Shia Hazara community were killed in a suicide bombing in Kabul. ISIS claimed responsibility for the previous attack.

Since the withdrawal of US troops last August, Afghanistan has witnessed a spike in attacks by Sunni militant groups, including ISIS, mainly targeting the Hazara minority during the main religious holidays.

One year after the Talban’s takeover of Afghanistan, on 15 August, Washington unilaterally decided to keep $7 billion of the country’s foreign reserves, with half earmarked to pay the families of victims of the 11 September attacks.

Besides stealing the landlocked country’s funds, Washington has also turned a blind eye to the multiple war crimes committed by US troops during their botched withdrawal last year.