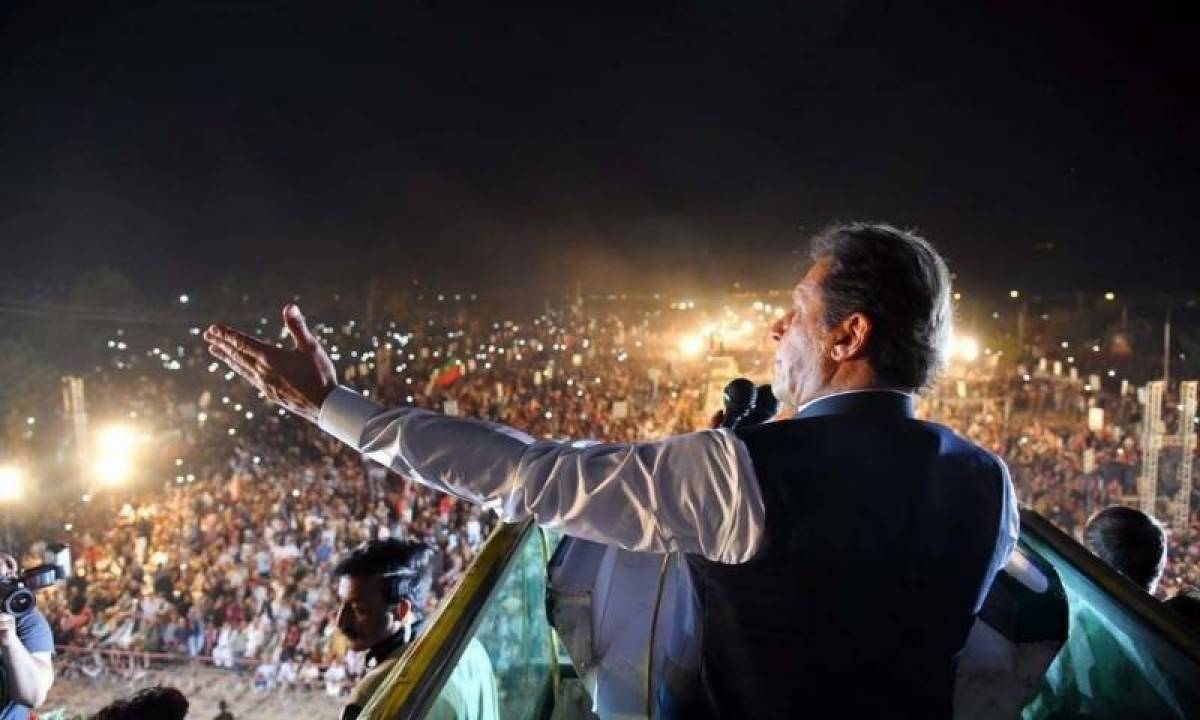 Pakistan’s former prime minister, Imran Khan, has been charged under the anti-terror act following accusations of “threats” he made against police and judicial officers during a massive rally in Islamabad this past weekend.

The charges against Khan were filed on 22 August, one day after the country’s top media regulatory body banned the transmission of Khan’s speeches for allegedly “spreading hate speech [against] state institutions and officers.”

The fascist Imported govt sunk to a new low today by banning live coverage of my speeches on TV & then blocking YouTube temporarily during my speech at Liaquat Bagh. All this after continuous intimidation of mediapersons & taking channels off air earlier.

Khan did not immediately reply to the charges against him, which could land him several years in jail.

Hundreds of supporters have gathered around Khan’s home since the early hours of 22 August, to potentially stop authorities from reaching it.

“If Imran Khan is arrested … we will take over Islamabad with people’s power,” a former minister in his cabinet, Ali Amin Gandapur, cautioned via Twitter.

The ‘terrorism’ charges and the ban on the ousted premier’s speeches stem from a vow he made on Saturday to sue police officers and a judge, and from alleged criticisms he made against the inspector-general of Pakistan’s police.

“You also get ready for it, we will also take action against you. All of you must be ashamed,” Khan reportedly said.

According to the Pakistan Electronic Media Regulatory Authority (PEMRA), Khan’s speeches were “prejudicial to the maintenance of law and order and likely to disturb public peace and tranquility.”

Back in April, Khan was removed from office following a US-orchestrated parliamentary coup.

Before his ousting, Khan accused the opposition of conspiring with “foreign powers” to remove him from office because he would not comply with western demands to stand against Russia and China.

“What do you think of us? Are we your slaves … that whatever you say, we will do?” Khan said at a political rally earlier this year.

Despite the persecution against the former premier, on Sunday, Khan’s Pakistan Tehreek-i-Insaf (PTI) party swept by-elections in Karachi, and retained its mandate from the constituency.