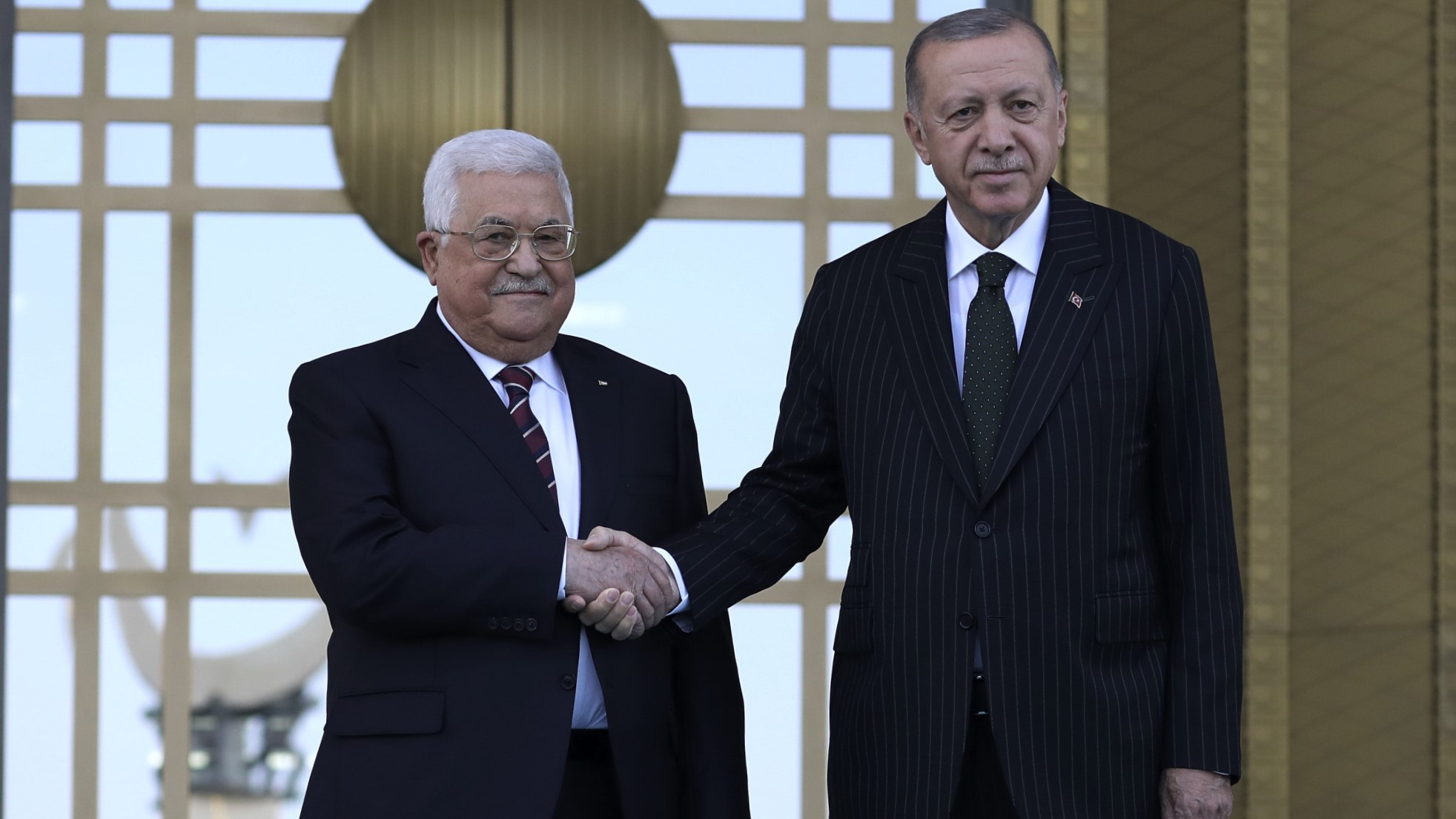 On 23 August, Turkish President Recep Tayyip Erdogan said that Ankara’s normalization of ties with Tel Aviv “will not weaken” their support for Palestinian cause.

Erdogan’s comments came after meeting with Palestinian President Mahmoud Abbas during his visit to the Turkish capital.

Reports indicate the two to exchanged visions on efforts to achieve regional stability, with Erdogan saying that he “cannot tolerate Israeli attacks on the Palestinians.”

“We have clearly demonstrated our response to the Israeli attacks and civilian casualties,” he said.

The meeting comes a week after Ankara announced they would reappoint ambassadors with Tel Aviv, four years after severing ties as a result of Israeli forces killing 60 Palestinians in Gaza and branding Israel a “terrorist state.”

Despite Turkey’s remarks regarding their support for Palestine, on 9 March Israeli President Isaac Herzog visited Ankara, making it the first official visit by an Israeli leader to Turkey since 2008.

Despite public animosity towards each other, the two nations have maintained ties behind the scenes, especially in the area of trade. Turkey is Israel’s sixth largest export partner, and in 2021, trade between the two countries reached $6.7 billion.

The controversial visit incited protests, as hundreds of protestors gathered in Istanbul, burning Israeli flags in a show of support for the Palestinian cause and in protest against the normalization of ties with Israel.

A prominent topic of discussion between the two sides relates to the export of natural gas, with Turkey seeking to become a transit route for an alternative source of energy supply to Europe.