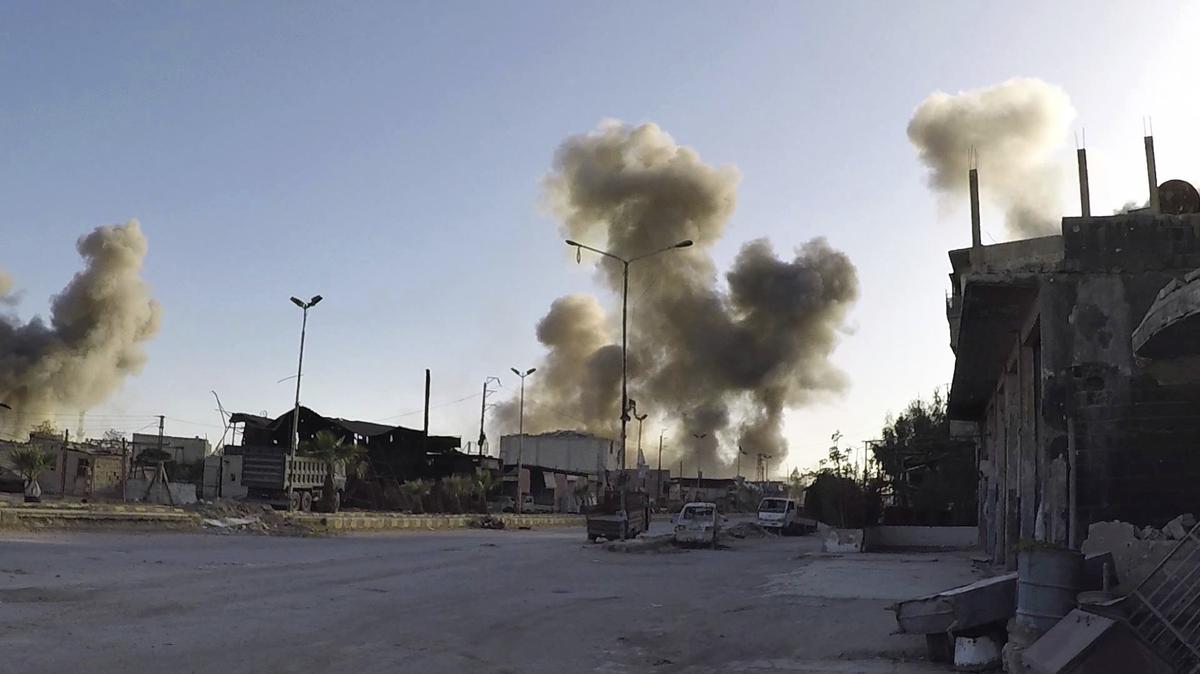 Late on 24 August, three rockets struck a US base near Conoco gas field in Syria’s northeastern Deir Ezzor countryside.

The rocket landed inside the base, injuring at least three US soldiers and causing material damage. In retaliation, US Central Command (CENTCOM) announced the destruction of three vehicles and equipment used to launch some of the rockets.”

Minutes after the missile attack on US troops, combat chopper activity was spotted in the area’s airspace.

Sputnik claimed that ambulances arrived at the explosion site to transport the possible dead and wounded, amid a large deployment of US-backed Syrian Democratic Forces (SDF) militants in the area.

Other loud explosions were heard in the Green Village area and in the vicinity of Al-Omar oil field, in rural Deir Ezzor.

Local sources in the governorate reported that two rocket attacks struck another US base in the Green Village area, which is in the eastern Euphrates region of Syria’s northeast.

Speaking at a news briefing on 24 August at the Pentagon, Department of Defense Undersecretary Colin H. Kahl confirmed that the US is tracking reports of “a new exchange of fire” in Syria, adding that “it will not hesitate to defend itself if attacked.”

The Green Village is a US military base established in 2018 to “protect” Syria’s Omar oilfield from Syrian and Russian encroachment, keeping the valuable national resource under the control of US-sponsored Kurds.

At dawn on Wednesday, the US military announced it carried out raids on facilities used by groups allegedly affiliated with Iran’s Islamic Revolutionary Guard Corps (IRGC).

The US maintains approximately 900 troops in Syria, primarily split between the Al-Tanf base and the country’s eastern oil fields.