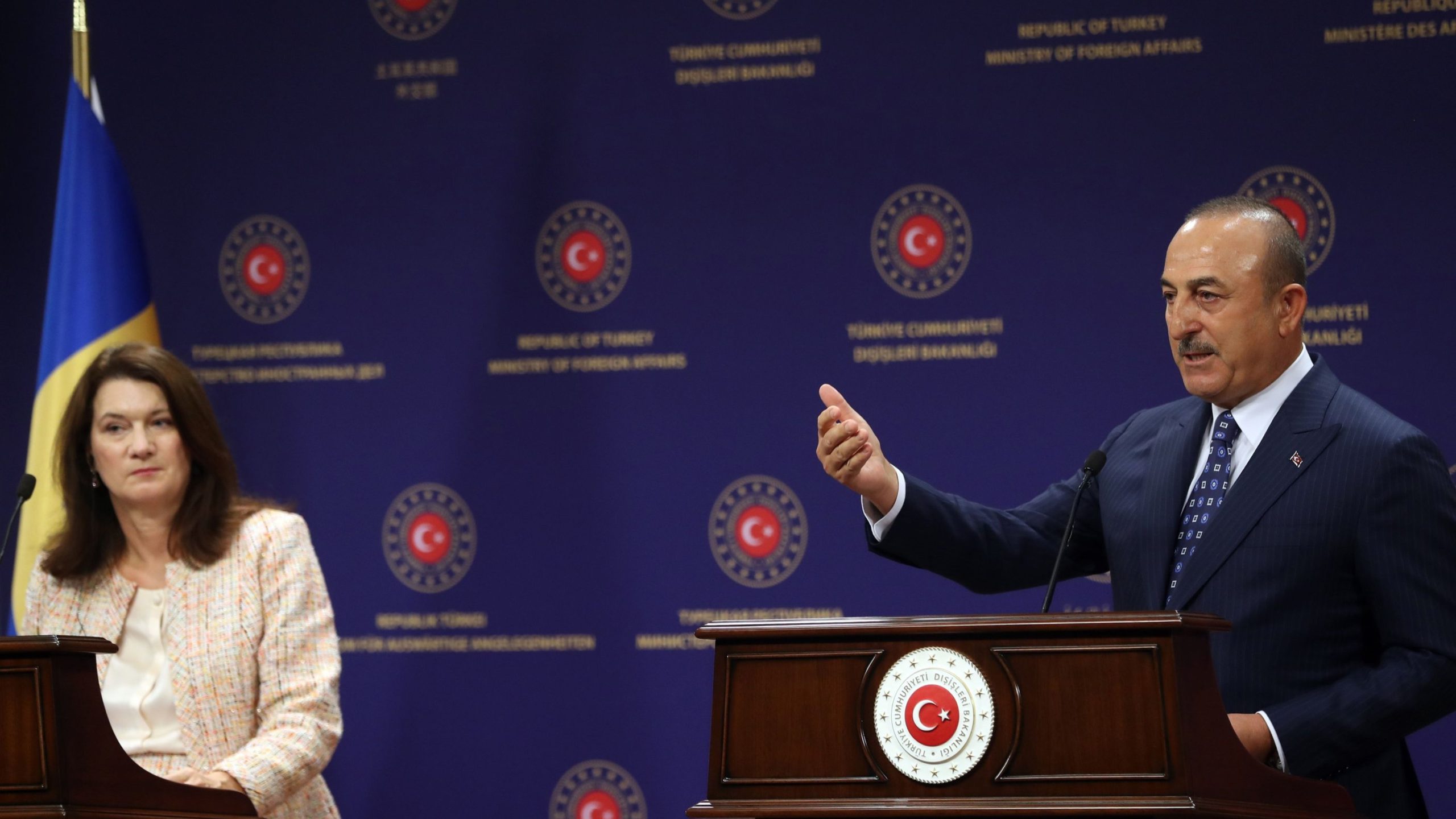 Swedish Foreign Minister Anne Linde said on 28 August that negotiations with Turkey on the approval of Sweden and Finland’s NATO membership requests have taken a turn for the worse.

Linde attributed this to an incident that took place in July, during which a number of Swedish MPs and members of the Left Party faction were seen in a photograph holding the flags of the Kurdistan Workers’ Party (PKK) and the People’s Defense Units (YPG).

“Negotiations with Turkey over NATO have become more difficult, after deputies from the Left Party raised the flag of the Kurdistan Workers’ Party … according to Swedish law this is considered freedom of expression, but we believe that this is a completely inappropriate situation for the government,” the Swedish Foreign Minister said, adding that Turkish media continuously brings the matter up.

Linde also detailed the last round of negotiations between the Turkish, Swedish, and Finnish delegations on 26 August, which was meant to take place in Sweden, but was moved to the Finnish capital Helsinki for “practical reasons.”

The negotiations focused on “achieving agreements on strengthening cooperation in the fight against terrorism,” she added, as per the memorandum signed between the three countries on 28 June.

The incident in early July was strongly condemned by a number of Swedish officials, including Swedish Prime Minister, Magdalena Andersson.

“The PKK is a designated terror organization, not just in Sweden, but in the EU, and posing with such flags is extremely inappropriate,” Andersson told media at the time.

The members of the Left Party, however, considered the photo as their right to freedom of expression, and have criticized their country’s bid to join the western alliance.

“They want to turn around, willing to cozy up with the dictator Erdogan. All to join NATO,” Lorena Delgado Varas, one of the MPs seen posing in the photo, said in July.

On 18 May, Sweden and Finland submitted their requests to join NATO following Russia’s launch of its operation in Ukraine, ending decades of non-alignment.

Since then, the two Scandinavian countries have been involved in talks with Ankara for approval of their membership. The talks have focused mainly on Turkey’s concern that Sweden and Finland actively support the PKK and harbor members of the group, which Turkey considers as a terrorist organization.

According to Turkish President Recep Tayyip Erdogan, Swedish authorities provided guarantees that they would extradite 73 members of the PKK currently living in the country. Turkey alleges that members of the group are also residing in Finland.

The two European nations are currently working to ensure approval by Turkey, with Sweden promising to take steps to appease Ankara, including expressing readiness to change its counterterrorism legislation as Turkey has requested.

A new round of negotiations is expected to take place between the three countries this coming fall.