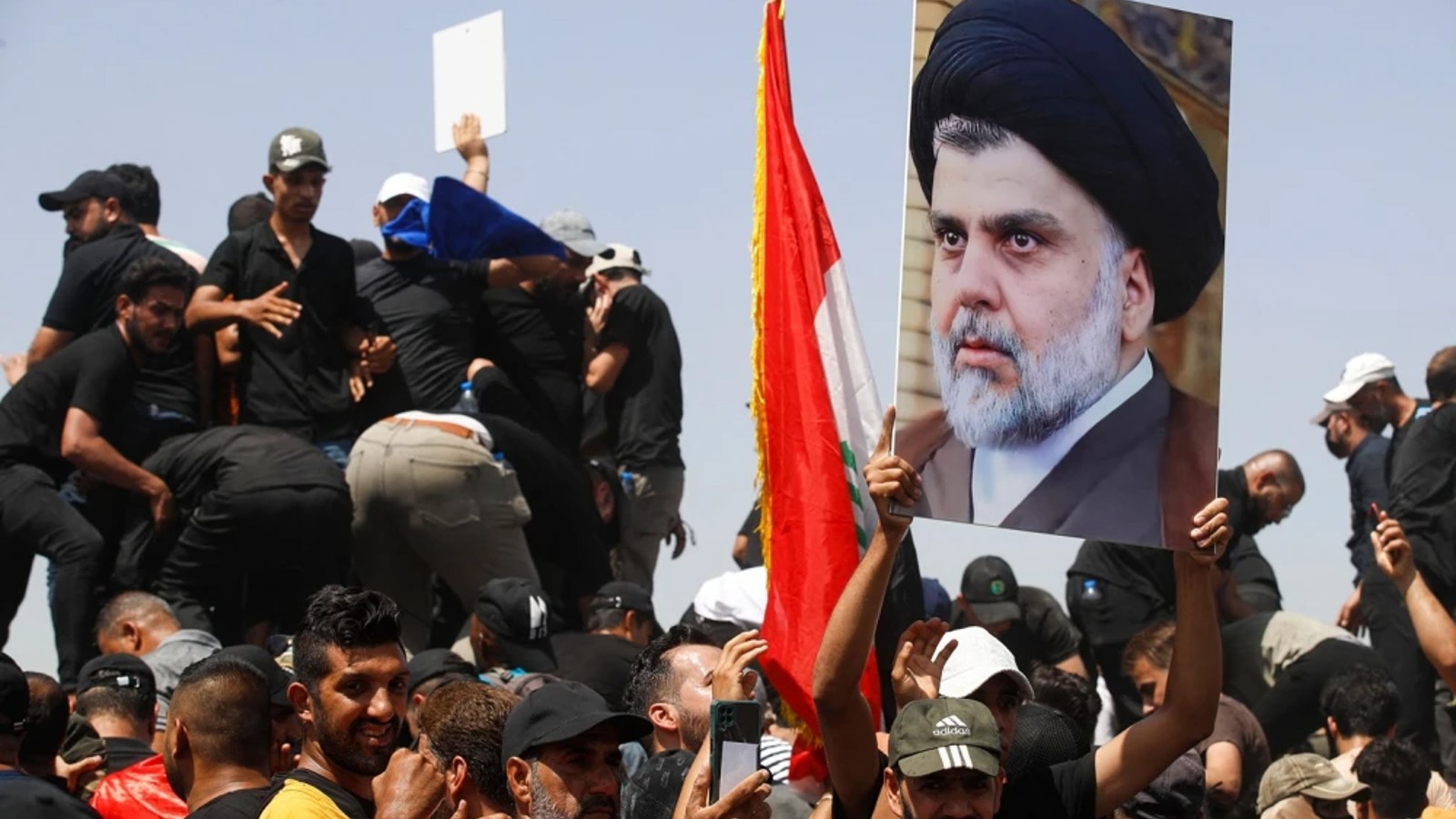 Shia cleric Muqtada al-Sadr announced on 29 August his “permanent” retirement from Iraqi politics for the second time this year.

In a communique issued after Al-Sadr announced his retirement, Sadrist officials told supporters that it is “strictly forbidden to interfere in all political, government, and media matters and to raise slogans and chants in the name of the [Sadrist] movement.”

Since the start of the month, Sadrists have been holding a sit-in protest outside parliament, and last week laid siege to Iraq’s judicial institutions forcing them to shut down completely.

Al-Sadr previously announced his retirement from Iraqi politics in June, after withdrawing his entire political bloc from parliament.

However, it was only a matter of weeks before he directed his followers to storm government institutions and demand the dissolution of parliament.

His most recent retirement comes on the heels of the resignation of Shia Jurist Kazem al-Haeri, who told his followers – most of whom are Sadrist supporters – to follow the Supreme Leader of Iran, Ali Khamenei, instead of Al-Sadr.

He also accused Al-Sadr of betraying the legacy of his own father, and the teacher of Al-Haeri, Mohammad al-Sadr.

In response to this, Al-Sadr claimed Al-Haeri’s resignation and ensuing statements were not made “of his free will.”

Concerns have been brewing in Iraq about a possible armed conflict between opposing Shia militias representing Sadrists and the Coordination Framework (CF).

According to officials from the Popular Mobilization Units (PMU), Al-Sadr has been deploying armed fighters to the Green Zone. In response, the PMU has also deployed thousands of fighters in the area in a bid to “protect civil peace, defend the state, and protect the constitution.”

The PMU said that 1,700 Saraya al-Salam fighters have been withdrawn from Samarra, 100 kilometers north of Baghdad, over the past few weeks. Half of them have reportedly been deployed to Najaf to secure Al-Sadr’s residence, while the other half made their way to the Green Zone “to secure and sustain the Sadrist sit-in.”