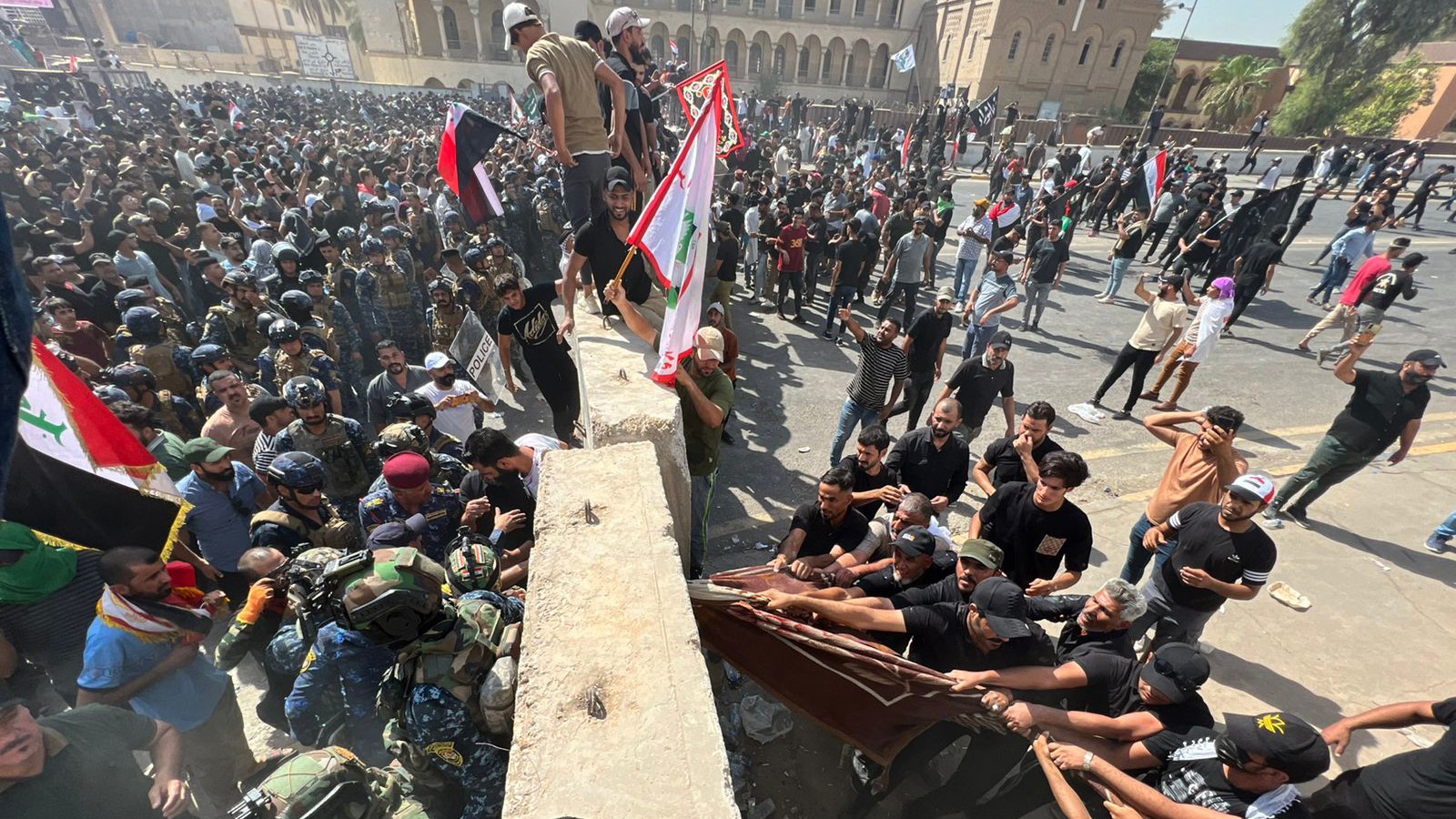 Protests erupted in Baghdad, Iraq, on 29 August after the popular Shia cleric Muqtada al-Sadr announced his retirement from Iraqi politics. Clashes between supporters of opposing Shia movements have erupted in Iraq after months of political crisis and confrontations that have left the country in a political deadlock.

The Joint Operations Command (JOC) of Iraq, declared a full curfew in Baghdad and in other parts of the country after protesters stormed the parliament and courts in the heavily-fortified Green Zone of Baghdad.

Gunfights and clashes between opposing militias and security forces have been reported throughout the evening and night.

Various news agencies have reported at least ten people killed and dozens of injured people, but the exact number of casualties has yet to be verified.

According to reports, a shooting between different groups has erupted in the southern governorate of Basrah, and a large fire has engulfed buildings in the Al Diwaniyah city, part of the Al-Qādisiyyah Governorate.

According to AP, Saraya Salam clashed with Popular Mobilization Units (PMU) security forces inside Baghdad’s Green Zone, where the seat of the government and several embassies are located.

In response, thousands of families have left Baghdad and cities in southern Iraq, and staff of the US embassy was reportedly evacuated as well.

Earlier on Monday, Muqtada al-Sadr, announced his “permanent” retirement from politics, after he lost the support of  Shia Jurist Kazem al-Haeri, who accused the leader of the Sadrist movement of betraying his father’s legacy and instead urged their shared supporters to follow the Supreme Leader of Iran, Ali Khamenei, instead.

The current political crisis in Iraq erupted after Muqtada Al-Sadr won the October general elections with 73 out of 329 seats but failed to form a government, leading to the withdrawal of all 73 MPs.

Al-Sadr refused numerous partnership attempts, which led to the formation of the Coordination Framework (CF), a coalition between different Shia political parties.

The Shia population represents about 60 to 65 percent of Iraq.

Other countries have also reacted to the unfolding crisis, with Iran putting all flights to Baghdad on hold.

Kuwait has reportedly urged its citizens to leave Iraq and encourages those wishing to travel to postpone their trips.