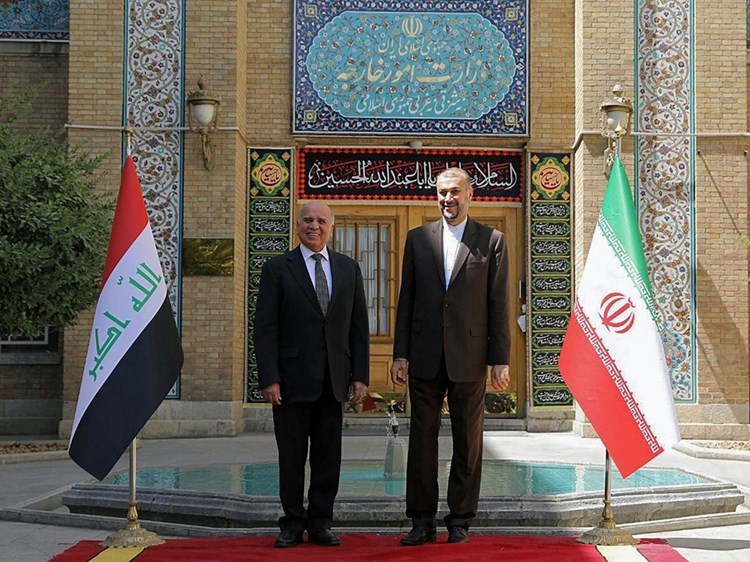 The Iranian Foreign Minister Hossein Amir-Abdollahian explained Tehran’s view on “resolving issues in the Iraqi arena through the legal framework,” as Iraq is witnessing tensions after the leader of the Sadrist movement, Muqtada al-Sadr, announced his retirement from politics.

Fuad Hussein considered the relations between the two countries essential, appreciating the concern of the Islamic Republic of Iran in the field of internal developments in Iraq, according to a statement released by Iran’s Ministry of Foreign Affairs.

“Security and stability in Iraq can only be established through talks,” said Iranian President Ebrahim Raisi after receiving Iraqi Foreign Minister Fuad Hussein.

Raisi said Iraq’s initiatives to improve cooperation among the region’s countries, without the interference of foreigners, “will be effective in promoting regional integration.”

The president praised Iraq’s vital role in mediating the five rounds of talks between Iran and Saudi Arabia, describing it as “useful to strengthen relations between the two countries and beneficial to the security of the region.”

Simultaneously, the Iranian embassy in Iraq issued a statement calling on Iranian nationals in Iraq not to travel to Baghdad, Kadhimiya, and Samarra until further notice due to the curfew imposed by the Iraqi government.

A day earlier, Iraq witnessed a wave of insurrections shortly after Muqtada Al-Sadr announced his retirement from politics.

The sounds of automatic weapons and rocket fire echoed throughout the high-security Green Zone in Baghdad, which houses government buildings and diplomatic missions.

According to local sources on the ground, at least 30 protesters have been shot dead, and 380 others injured.

This all took place before Al-Sadr ordered his supporters to withdraw from the streets in the afternoon, finally putting an end to the violence.

Muqtada al-Sadr gave his supporters 60 minutes to evacuate the streets.
He called himself an "ordinary citizen" and then disavowed his own militia, Saraya al-Salam, calling them "shameless"