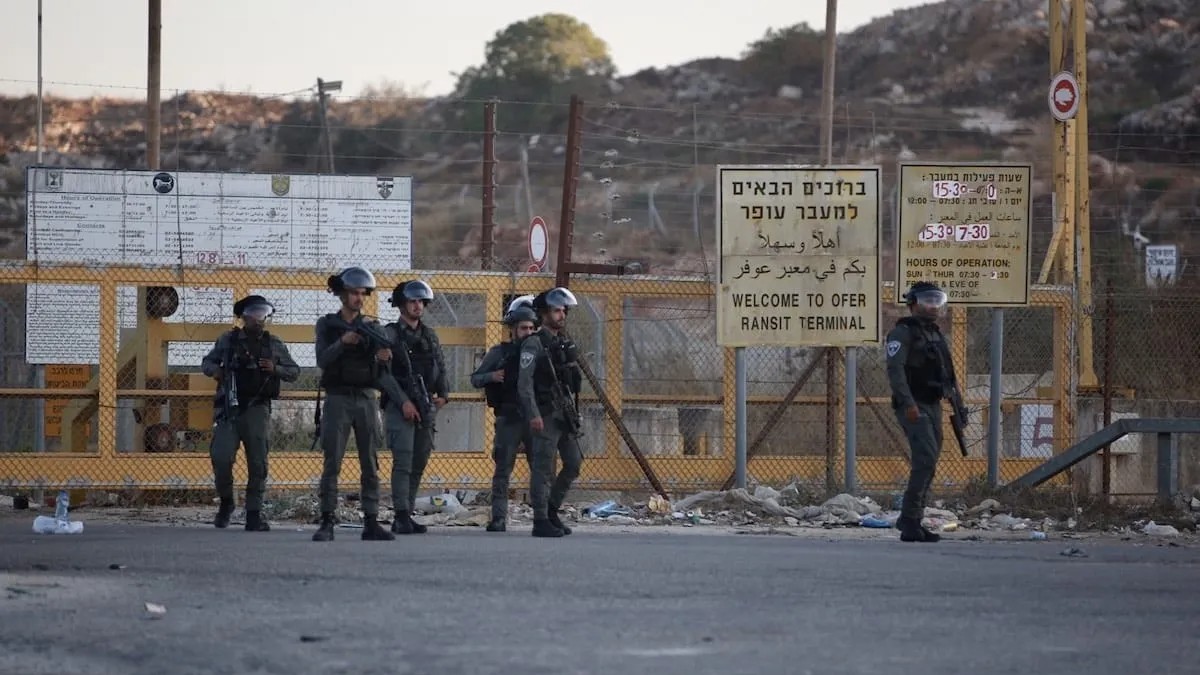 The Palestinian Prisoners and Ex-Prisoners Affairs Commission confirmed on 1 September that they will engage in an open hunger strike, adding that 1,200 Palestinian prisoners in Israeli prisons will take part.

A day prior, the Israeli prison authorities violently suppressed the Palestinian prisoners ahead of the announced hunger strike, due to the public’s fear of an intifada erupting inside of the occupied West Bank prisons.

The Captive Movement confirmed the prisoners’ continuation of the strike, remarking, “we are waging this battle with determination to stop this attack and this blatant encroachment on our lives and our achievements.”

The Prisoners and Ex-Prisoners Affairs Commission responded to claims that the strike would be postponed, confirming they were invalid, and that they had unanimously agreed to the date.

The commission called upon all Palestinians to prepare to “start this battle as soon as our prisoners start the strike,” urging activists and those in support of the cause to be wary over the next few weeks.

The strike comes one day after Palestinian political prisoner Khalil Awawdeh, who was arrested without trial or charges under Israeli “administrative detention,” ended his six-month-long hunger strike, following an agreement for his release.

The agreement was reached after negotiations between his lawyer and a military court. The release is scheduled for 2 October.

“This is another victory in the series of wins for administrative detainees who led a struggle for their release and freedom. I am ending the strike after I received word of my victory,” Khalil Awawdeh said in a video recorded statement.

According to WAFA news agency, the Palestinian detainees are demanding that Israel put an end to the so-called ‘administrative detention’, which acts as a means for arbitrary arrests, and for keeping detainees in prison without charge or trial.

The news agency added that 4,450 Palestinians are currently being held in Israeli prisons, including 32 women and 160 minors, as well as 200 chronically ill prisoners.

Israel is the only country in the world that prosecutes children in military courts, robbing them of their basic legal rights.

Keywords
hunger strikeIsraelIsraeli prisonsKhalil AwawdehPrisoners and Ex-Prisoners Affairs AuthorityWest Bank
More news
Iranian prosecutor general indicates suspension of ‘morality police’
Dec 04, 2022
Israeli jets bombard Gaza in response to Palestinian rocket fire
Dec 04, 2022
OPEC+ to stick to oil output reduction
Dec 03, 2022
Turkiye: US, Russia failed to clear Kurdish separatists from border
Dec 03, 2022
PreviousNext
Iranian prosecutor general indicates suspension of ‘morality police’
While Montazeri confirmed that operations of the morality police are currently over, there is no indication that they have been permanently dissolved
Dec 04, 2022
Israeli jets bombard Gaza in response to Palestinian rocket fire
The missile attacks were reportedly launched in retaliation to the execution of an unarmed Palestinian man by an Israeli soldier in the West Bank a day earlier
Dec 04, 2022
OPEC+ to stick to oil output reduction
Washington's most senior energy, economic, and foreign policy officials were tasked with lobbying Kuwait, Saudi Arabia, and the UAE to vote against the proposed output cuts
Dec 03, 2022
Turkiye: US, Russia failed to clear Kurdish separatists from border
Turkey has carried out a series of incursions into Syria since 2016 and already controls parts of northern Syria
Dec 03, 2022
Turkiye jails extradited PKK member from Sweden
The suspected Kurdistan Workers' Party member was immediately arrested upon his arrival at Istanbul airport
Dec 03, 2022
Iranian tanker formerly impounded by Greece docks in Syria
The arrival of the Iranian fuel at the port of Baniyas comes as Syria faces severe energy shortages
Dec 03, 2022
Neo-fascist Christian militia takes to the streets in Lebanese capital: Report
Lebanon's new right wing Christian militia boasts members that took part in last year's shooting of Hezbollah and Amal supporters in the Tayouneh neighborhood of Beirut
Dec 03, 2022
Iraq dismisses border guards commander to quell tensions with Iran and Turkey
Baghdad will form a joint committee with the leadership from the semi-autonomous Kurdish region to coordinate with Iran and Turkey an end to recent border tensions
Dec 03, 2022
Qatar pressures Hamas to avoid military escalation in Gaza until World Cup ends: Report
The reported pressure from Doha, however, has no bearing on the activities of the PIJ, another Gaza-based resistance faction with deep ties in the West Bank
Dec 03, 2022
UAE to disburse $817 million in housing support for citizens
The UAE president earlier waived off over $146 million of debts for 1,214 Emirati citizens
Dec 02, 2022
PreviousNext
Most Popular
US-Turkiye brinkmanship won’t reach a point of no return
BY MK Bhadrakumar Nov 28, 2022
The role of UK intelligence services in the abduction, murder of James Foley
BY William Van Wagenen Nov 25, 2022
A war of narratives: Who killed the child in Iran’s Izeh?
BY Fereshteh Sadeghi Nov 23, 2022
Pentagon fails to pass new financial audit, unable to account for over $2 trillion in assets
Nov 23, 2022
Israel, US to conduct air drill simulating attack on Iran
Nov 28, 2022