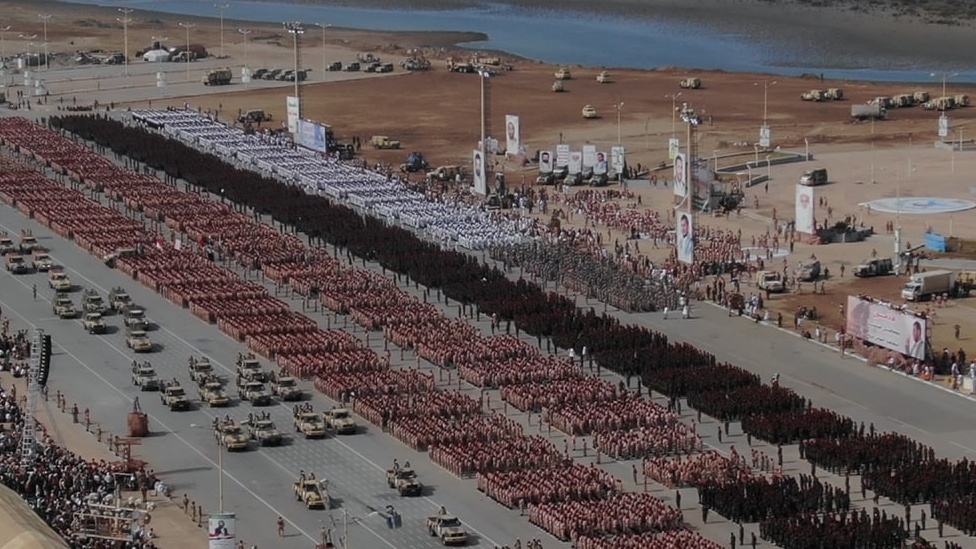 In an interview with Russian news agency Sputnik on 1 September, the adviser to the Ministry of Information Tawfiq al-Humairi announced that the current armistice is temporary and bound to several conditions.

During the phone interview, Al-Humairi said Ansarallah demands that Saudi Arabia fulfill its commitments to open Sanaa airport, allow fuel ships to dock in Yemen, and cover the salaries of all state employees.

Additionally, Al-Humairi accused the UN of failing to uphold its commitment to enforce the armistice and record the violations committed by the Saudi-led coalition in Yemen.

The ships were carrying much needed gasoline and diesel, and have already gained approval from the UN to dock in Yemen.

In an act of defiance, Ansarallah staged a military parade at the strategic port city of Hodeidah on 1 September, during which it displayed a variety of weapons used by the Sanaa government in its defensive war against the Saudi-led coalition.

According to Mohammad al-Basha of the risk assessment group Navanti, the parade was the biggest in the movement’s history, its intention being to project power and showcase the extent of its growth since its early days in power.

About 25,000 soldiers participated in the show, and a variety of weapons were showcased, notably rockets Falaq-1 and Falaq-2, which were revealed for the first time.

The missiles were identified as the Iranian version of the competent C-802 (Noor) land-to-sea maritime defense weapon. This weapon was used by Hezbollah in 2006 against the Israeli army’s naval assets at sea.

“The purpose of the military parade is to reassure our people and send a message to the aggressors,” said Abdul-Malik al-Houthi in an address to the participants.

Additionally, Al-Houthi called on the coalition to take the opportunity to completely halt its aggression and end the blockade once and for all.

On the other hand, the UN Mission to support the Hodeidah Agreement (UNMHA) issued a statement condemning the parade, expressing its “deep concern” of the actions taken by the Ansarallah movement.

The UN stated that it is closely monitoring the situation, and reiterated its appeal to the group’s leadership to fully respect its obligations under the agreement, and demilitarize the port city.

Muhammad Ali al-Houthi, a senior member of the Supreme Political Council in Yemen, announced on 27 August that the battle against the Saudi aggression will continue as long as the Saudi siege on Yemen lasts.

In an interview with Al-Mayadeen, Al-Houthi said that “the enemy keeps on breaching the UN-mediated truce, and they will not stop us from our duties in avenging the Yemeni people and the Arab Islamic nation.”