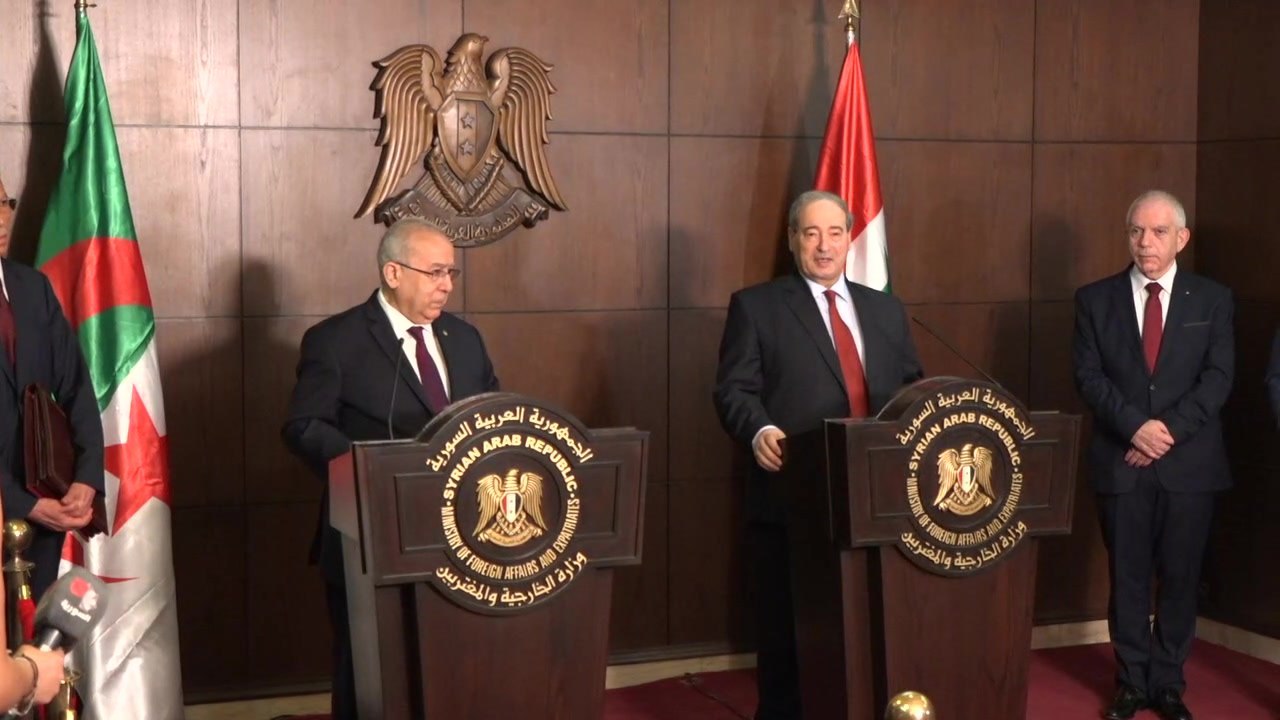 Syria’s Foreign Minister Faysal Mikdad said on 4 September that his country “prefers not to raise” the issue of regaining its seat in the Arab League during the bloc’s next summit in Algeria this November.

Mikdad’s comment came during a telephone call with Algerian Foreign Minister Ramtane Lamamra, during which they discussed Syria’s relationship with the Arab League.

Mikdad attributed Syria’s position to its keenness to “contribute to uniting the Arab world and ranks in facing the challenges posed by the current situation at the regional and international levels.”

The two sides expressed their aspiration that the summit would be crowned with “constructive outcomes that would contribute to purifying the atmosphere and strengthening Arab-Arab relations to advance joint Arab action.”

Lamamra has previously expressed his support for Syria’s return to the Arab League, saying during a joint press conference with Mikdad in Damascus on 24 July that Syria’s absence from the bloc harms cooperation between Arab countries.

“Many Arab officials are visiting Damascus and meeting with Syrian officials in many places, so we are optimistic,” the Algerian official said about the prospect of resuming Syria’s suspended seat in the 22-member regional organization.

Lamamra also met the Syrian President Bashar Assad and delivered a letter from Algerian President Abdelmadjid Tebboune during that visit.

In November, the Arab League will hold its first summit in three years, after the COVID-19 pandemic forced meetings to be suspended.

Algeria maintains good relations with Syria and has been mediating with other Arab countries for the nation’s return to the league in the run-up to the summit.

Syria was suspended from its Arab League membership in November 2011, following the outbreak of the Syrian crisis in March of the same year.