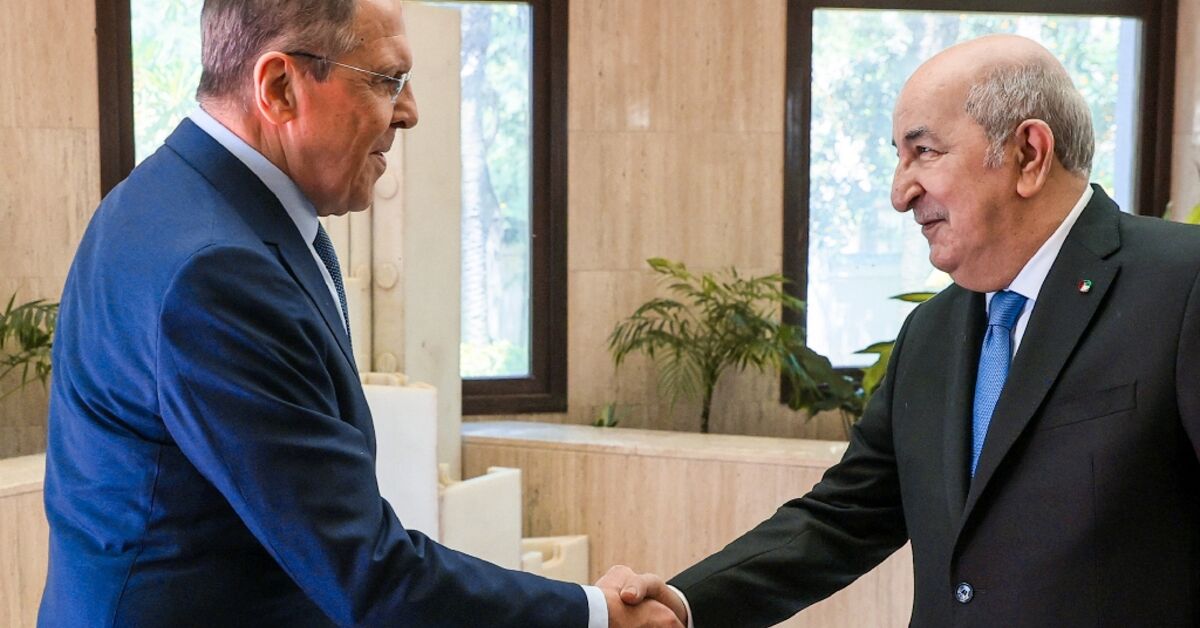 According to media reports on 8 September, the newly appointed Russian ambassador to Algeria, Valeryan Shuvayev, announced that the North African country’s president, Abdelmajid Tebboune, will likely visit Moscow before the end of the year to discuss mutual cooperation between the two countries.

The BRICS group of nations represents the world’s most prominent economies outside of the western hemisphere.

In his first media appearance outside of the Russian embassy in Algeria, Shuvayev stated that President Tebboune sent a letter to Russia’s President Vladimir Putin regarding his country’s desire to join BRICS.

In May, Russian Foreign Minister Sergey Lavrov visited Algeria and met with President Tebboune, as well as his Algerian counterpart, Ramtane Lamamra, where they discussed a boost in relations between both countries, and the intention to sign a number of agreements in the near future that will further enhance the relationship between Moscow and Algiers.

Two months later, in late July, Tebboune referred to the BRICS group as a significant “economic and political power” which is of interest to the North African state and added that his country holds the necessary criteria to be included into the organization.

In mid-August, former Algerian Industry Minister, Ferhat Ait Ali, said during an interview: “This bloc seeks to attract countries that are neither poor nor very rich, but rather countries that [can serve as an] alternative to Western hegemony.”

The BRICS group “includes two historical allies and partners for Algeria to trust in… namely China and Russia, and other partners who have no problem in the progress of our economic system in parallel with theirs,” the former Algerian minister added.

Algeria and Russia have historically enjoyed a smooth relationship. The Soviet Union was the first country to establish diplomatic relations with Algeria following its independence from French colonial occupation in 1962.

The BRICS group of emerging economies represents a beneficial alternative to the dominant US and western-led economic system, especially for countries negatively affected by western sanctions.

In June, the Islamic Republic of Iran submitted an application to become a member of the BRICS group. Tehran’s Foreign Ministry spokesperson, Saeed Khatibzadeh, said at the time that the bloc’s member countries represent 30 percent of the world’s GDP and 40 percent of the global population.