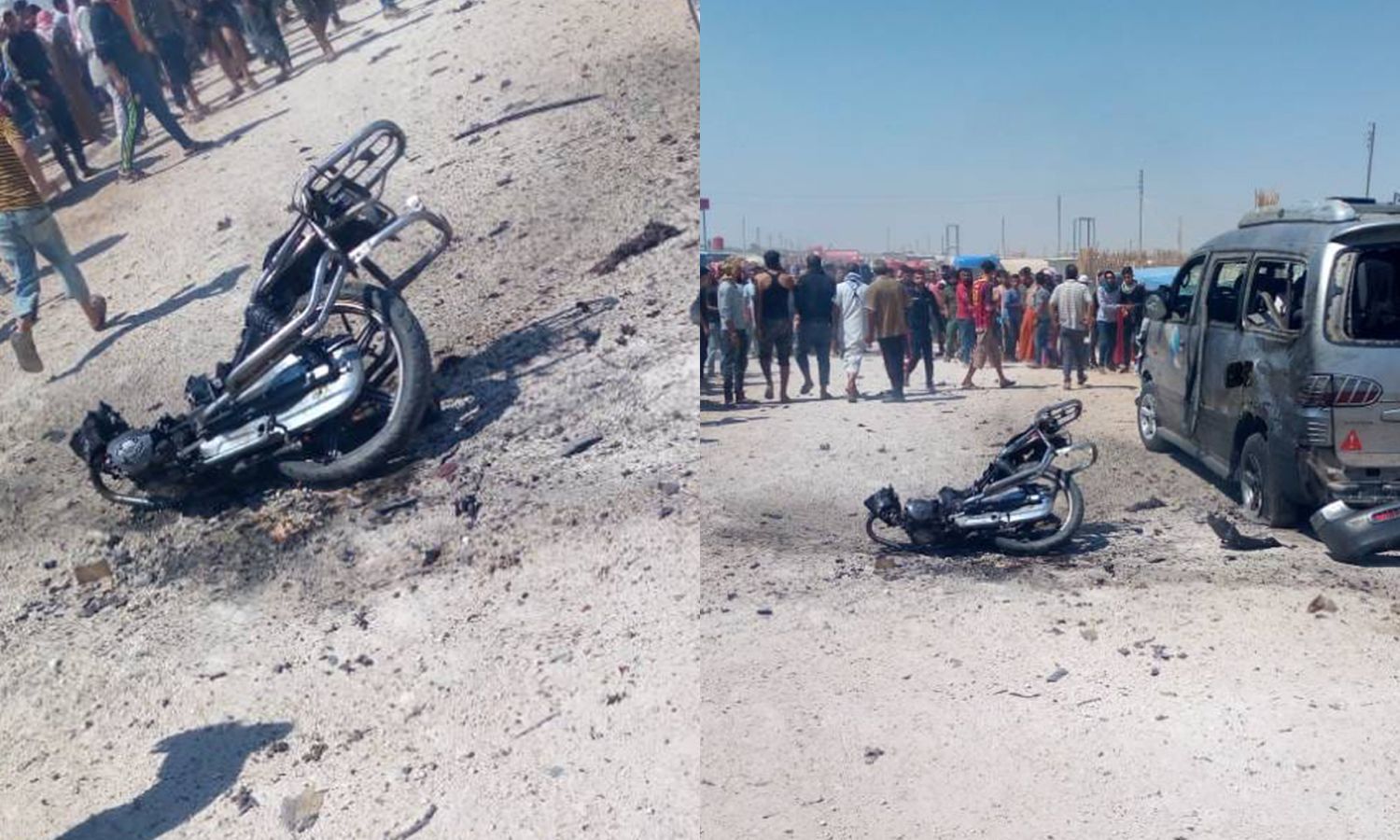 A terrorist attack resulted in the deaths of three children and caused many injuries on the perimeter of the Twainah refugee camp in northwest Hasakah on Monday, 12 September.

According to reports, a booby-trapped motorcycle exploded in the area that hosts hundreds of displaced families from Ras -al-Ain city and its surroundings.

Eyewitnesses confirmed that an unknown person parked the motorcycle on the western side of the camp before detonating the bomb.

The death toll is expected to increase as the camp is overcrowded, housing more than 12,000 displaced people.

According to initial reports, ISIS terrorists are suspected to be behind the attack as a reaction to a security operation carried out by the Syrian Democratic Forces (SDF) inside the Al-Hawl refugee camp.

The Syrian Democratic Forces launched the operation two weeks ago as a response to an “escalation and increase in violent cases by ISIS cells,” according to Ali Hassan, spokesperson for the internal security forces of the SDF.

Members of the Islamic State terrorist group have also claimed responsibility for the assassination of six SDF militants that were killed in the al-Maamel area in the easter countryside of Deir Ezzor.

ISIS claimed that the operation was carried out in retaliation for “SDF crimes at the Al-Hawl camp.”

The Al-Hawl refugee camp is located in the Hasakah governorate and houses more than 56,000 people, who are subjected to extremely poor living conditions. Almost half of the camp’s population are children, while the rest are mostly women.

Around 70 percent of the Al-Hawl camp’s population is estimated to be younger than 18 years old, with a significant proportion being under 12 years old.

The camp has experienced a series of violence, including torture, and attacks on guards and humanitarian workers, as well as residents inside the camp.

The camp was initially established for Iraqi refugees during the Gulf war in 1991 and was later reopened following the 2003 invasion of Iraq. It was one of three camps established at the Iraqi–Syrian border.