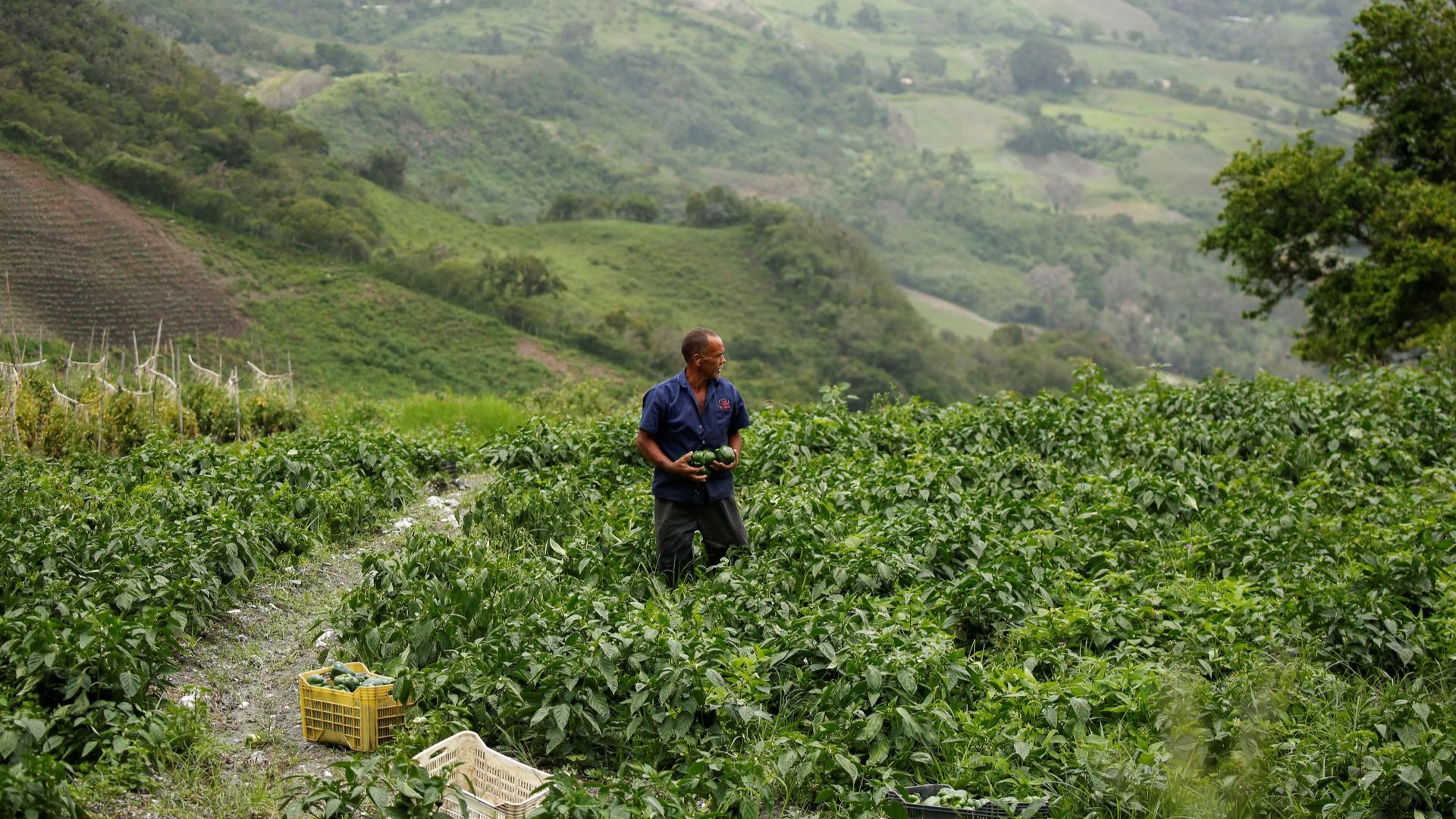 Venezuela has offered millions of hectares of agricultural land to Iranian producers, in a bid to guarantee food security for the two sanctioned nations.

The announcement was made ahead of the Iran-Venezuela Scientific, Industrial and Technological Expo Fair, set to take place in Caracas from 14 to 18 September.

An expert team from the Islamic Republic’s mining and mineral industrial sector is also set to participate in this week’s expo fair, according to Iranian media.

The Iranian Mines & Mining Industries Development and Renovation Organization (IMIDRO) revealed that Tehran is ready to export steel and cement products to Venezuela, and is looking to build cement and steel production factories in the country.

This, in turn, could facilitate the joint construction of roads in Venezuela.

“Iranian Oil Ministry’s move to sign agreements with Venezuela and Uruguay for setting up extraterritorial oil refineries, feeding them, becoming a stakeholder in them, and transferring technical know-how to these countries is a very important measure,” Mirtajodini said on Tuesday.

“It is essential to consolidate the sovereignty and food security of our country,” Maduro said during a joint news conference with Raisi.

“I believe that between the two of us we will create an indestructible friendship for the future of our people and we will witness how our countries grow in the face of difficulties and how a new world is growing,” the Venezuelan president added.

In response, Raisi highlighted how Iran’s foreign policy “has always been to have relations with independent countries, and Venezuela has demonstrated incredible resistance against threats and sanctions by enemies and imperialism.”

Over the past several years, Iran has played an instrumental role in helping Venezuela overcome US sanctions that nearly destroyed the Latin American nation’s oil industry. Tehran and Caracas also increased food trade during the worst period of the US sanctions campaign against Venezuela, between 2014 and 2019.