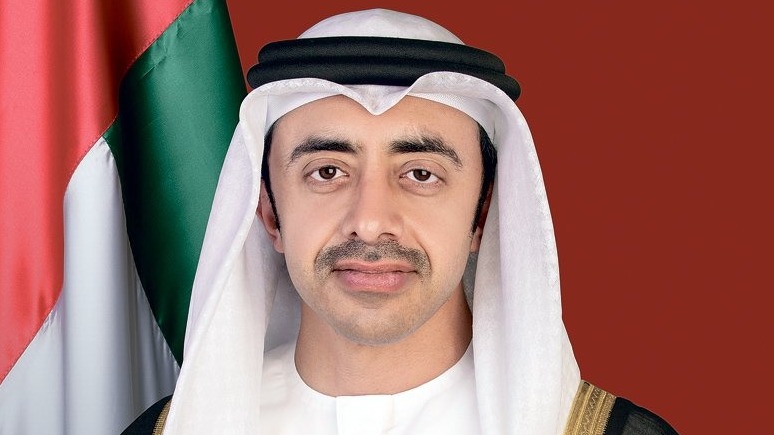 The Minister of Foreign Affairs and International Cooperation will stay several days to meet with high officials, including the Alternate Prime Minister Naftali Bennett, President Isaac Herzog, and former prime minister and opposition leader Benjamin Netanyahu, according to The Times of Israel.

The Emirati foreign minister minister “will meet with high-ranking Israeli officials to discuss a number of issues of mutual concern and matters related to UAE-Israel relations and the prospects for their cooperation and partnership,” the UAE’s state news agency WAM reported.

The US-brokered Abraham Accords were spearheaded by the Trump administration in 2020, achieving the normalization of diplomatic relations between Israel and West Asian countries, such as the United Arab Emirates and Bahrain.

Bahrain and the UAE were the first Gulf nations to establish official diplomatic ties with Israel, today, exports of armaments to both countries make up 7% of Israel’s total weapons and defense sales.

The first seven months of 2022 saw $1.4 billion in trade between Israel and the United Arab Emirates, according to information provided by Israel’s ambassador Amir Hayek, in August. Last year, the total trade between both countries stood at $1.2 billion.

Israel, backed by the US, is strengthening its regional presence. In December 2021, Morocco established diplomatic relations with Israel, and Sudan declared they would be normalizing their connections in the following month, according to Reuters.

The visit of al-Nahyan comes at an essential moment for the Knesset elections in November 2022 and is considered an important event to showcase for interim Prime Minister Yair Lapid.

According to reports, the UAE foreign minister will also discuss the “stalled” Joint Comprehensive Plan of Action (JCPOA), also known as the Iran nuclear deal.

Prime Minister Lapid made Israel’s intentions to undermine and sabotage the nuclear deal no secret, saying that “Israel is conducting a successful diplomatic campaign to stop the nuclear agreement and prevent the lifting of sanctions on Iran.”