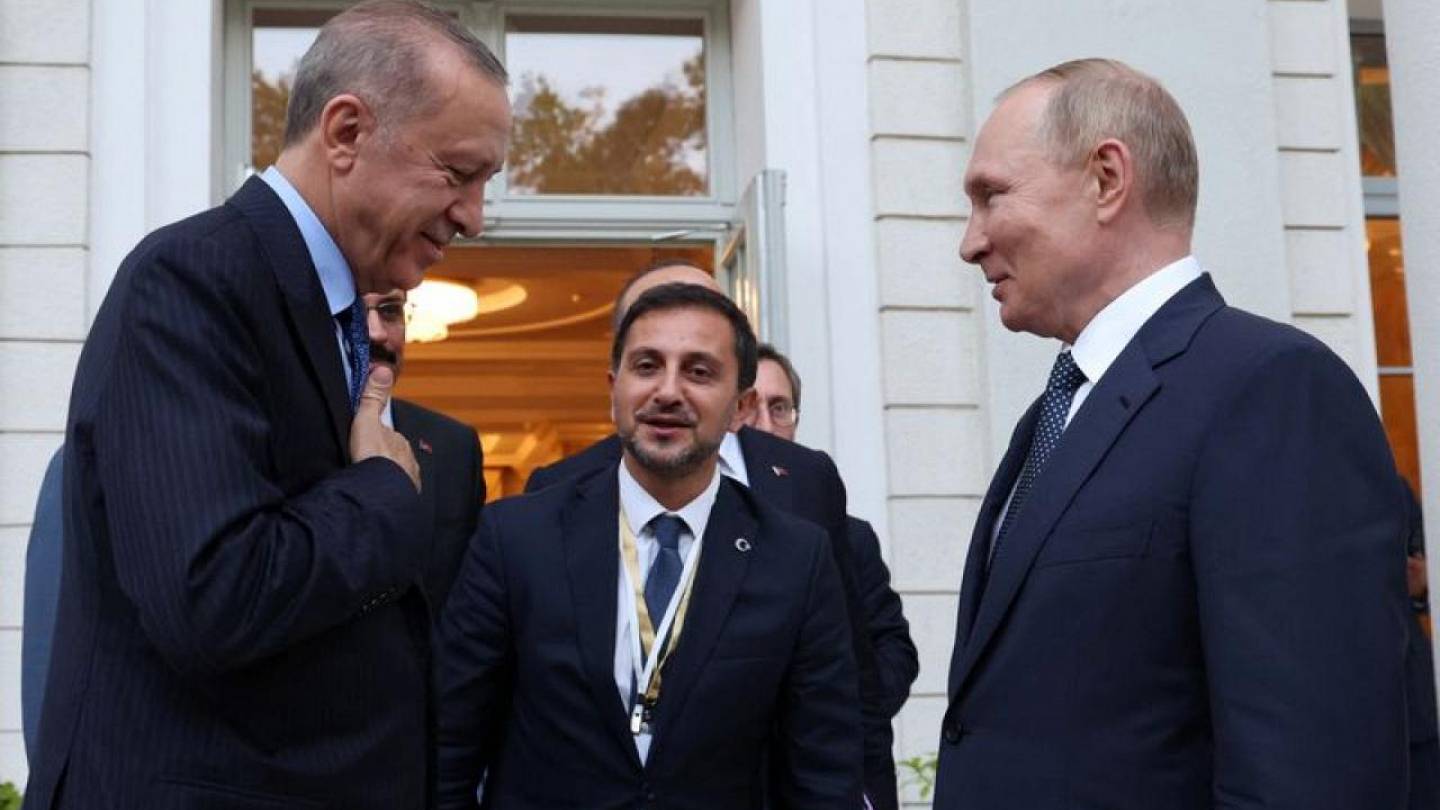 US media outlet Financial Times (FT) reported on 15 September that the US and EU have increased pressure on Turkey to impose sanctions on Russia, warning against cooperation between Ankara and Moscow.

The FT report states that Washington and its allies will be focusing their efforts on sanctioning Turkey for its banking system’s adoption of the Russian Mir payment system.

“You’re going to see us kind of focus on financial sector evasion … We’ll send a message very clearly that, for example, third-country financial institutions should not be interconnecting with the Mir payment network because, you know, that carries some sanctions-evasion risks,” a US official was quoted to have said.

The report quotes another US official as emphasizing the need “to close loopholes” that will allow Turkey to use this system without consequences.

After the start of Moscow’s operation in Ukraine, Turkey did not follow suit in sanctioning Russia, citing a continued reliance on Russian energy. Since then, the two countries have engaged in efforts to deepen their level of economic cooperation, with Turkey doubling its Russian oil imports for the current year.

However, following a recent western initiative to impose a price cap on countries importing Russian energy, Turkey has been involved in talks with the US on a potential agreement that will allow Ankara to purchase liquefied natural gas (LNG) from Washington.

In response to the increase in US and western pressure, two of the five main Turkish banks that have adopted Russia’s Mir system, have issued statements clarifying their positions.

“We closely monitor sanctions and take the necessary measures to carry out Mir card transactions in compliance with this policy,” Turkey’s Isbank said, stressing its “strict compliance with all applicable US sanctions.”

DenizBank, another Turkish bank, said: “We don’t execute transactions with sanctioned banks. We fully comply with international sanctions on Russia.”

The Turkish Foreign Ministry has said that despite the country’s policy of only enforcing UN-approved sanctions, it has made sure that Turkey does not become a “channel to evade sanctions” imposed by the west on Russia.

Keywords
energy crisisLNGMir payment systemRussiasanctionsTurkeyTurkish banksUkraineUNUS
More news
Iranian prosecutor general indicates suspension of ‘morality police’
Dec 04, 2022
Israeli jets bombard Gaza in response to Palestinian rocket fire
Dec 04, 2022
OPEC+ to stick to oil output reduction
Dec 03, 2022
Turkiye: US, Russia failed to clear Kurdish separatists from border
Dec 03, 2022
PreviousNext
Iranian prosecutor general indicates suspension of ‘morality police’
While Montazeri confirmed that operations of the morality police are currently over, there is no indication that they have been permanently dissolved
Dec 04, 2022
Israeli jets bombard Gaza in response to Palestinian rocket fire
The missile attacks were reportedly launched in retaliation to the execution of an unarmed Palestinian man by an Israeli soldier in the West Bank a day earlier
Dec 04, 2022
OPEC+ to stick to oil output reduction
Washington's most senior energy, economic, and foreign policy officials were tasked with lobbying Kuwait, Saudi Arabia, and the UAE to vote against the proposed output cuts
Dec 03, 2022
Turkiye: US, Russia failed to clear Kurdish separatists from border
Turkey has carried out a series of incursions into Syria since 2016 and already controls parts of northern Syria
Dec 03, 2022
Turkiye jails extradited PKK member from Sweden
The suspected Kurdistan Workers' Party member was immediately arrested upon his arrival at Istanbul airport
Dec 03, 2022
Iranian tanker formerly impounded by Greece docks in Syria
The arrival of the Iranian fuel at the port of Baniyas comes as Syria faces severe energy shortages
Dec 03, 2022
Neo-fascist Christian militia takes to the streets in Lebanese capital: Report
Lebanon's new right wing Christian militia boasts members that took part in last year's shooting of Hezbollah and Amal supporters in the Tayouneh neighborhood of Beirut
Dec 03, 2022
Iraq dismisses border guards commander to quell tensions with Iran and Turkey
Baghdad will form a joint committee with the leadership from the semi-autonomous Kurdish region to coordinate with Iran and Turkey an end to recent border tensions
Dec 03, 2022
Qatar pressures Hamas to avoid military escalation in Gaza until World Cup ends: Report
The reported pressure from Doha, however, has no bearing on the activities of the PIJ, another Gaza-based resistance faction with deep ties in the West Bank
Dec 03, 2022
UAE to disburse $817 million in housing support for citizens
The UAE president earlier waived off over $146 million of debts for 1,214 Emirati citizens
Dec 02, 2022
PreviousNext
Most Popular
US-Turkiye brinkmanship won’t reach a point of no return
BY MK Bhadrakumar Nov 28, 2022
The role of UK intelligence services in the abduction, murder of James Foley
BY William Van Wagenen Nov 25, 2022
A war of narratives: Who killed the child in Iran’s Izeh?
BY Fereshteh Sadeghi Nov 23, 2022
Pentagon fails to pass new financial audit, unable to account for over $2 trillion in assets
Nov 23, 2022
Israel, US to conduct air drill simulating attack on Iran
Nov 28, 2022