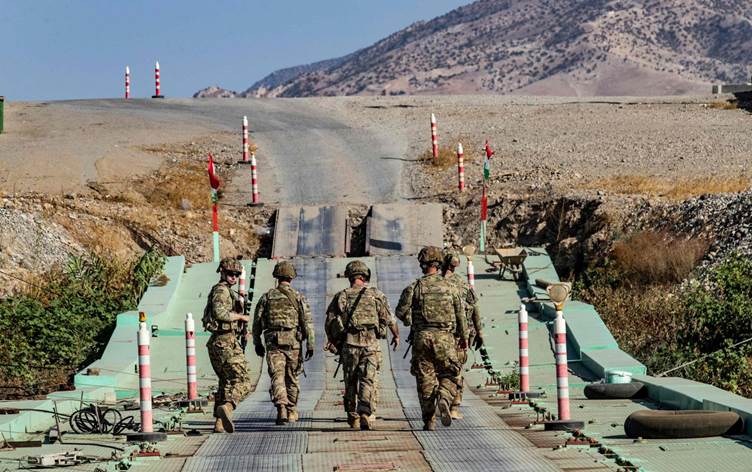 Flames and columns of smoke rose inside the US occupation base in the oil field, the largest in Syria.

Heavy military choppers and reconnaissance drones were spotted in the airspace over the US base. Russia’s Sputnik reporter in Deir Ezzor said several blasts struck the surroundings of the US base for unclear reasons.

According to the reporter, the rockets hit vital areas across the outpost, and numerous enormous explosions rang out throughout the site throughout the attack.

The Russian media outlet said, quoting local sources, that at least three rockets landed on the Al-Omar base, triggering sirens.

Al-Omar oilfield is frequently targeted by local armed groups. The base was last targeted on 14 September.

The Al-Omar field base has been subjected to five waves of missile and drone strikes over the past month, which led to the injury of US soldiers and significant material damage in the Green Village.

The Green Village inside Al-Omar was a residential city for the workers of the Syrian Oil Company, before it was occupied and turned into housing for US troops operating at the base.

On Saturday, a mortar attack targeted a military base controlled by the US-backed Syrian Democratic Forces (SDF) in the Al-Shaddadi district in the southern countryside of Hasakah governorate.