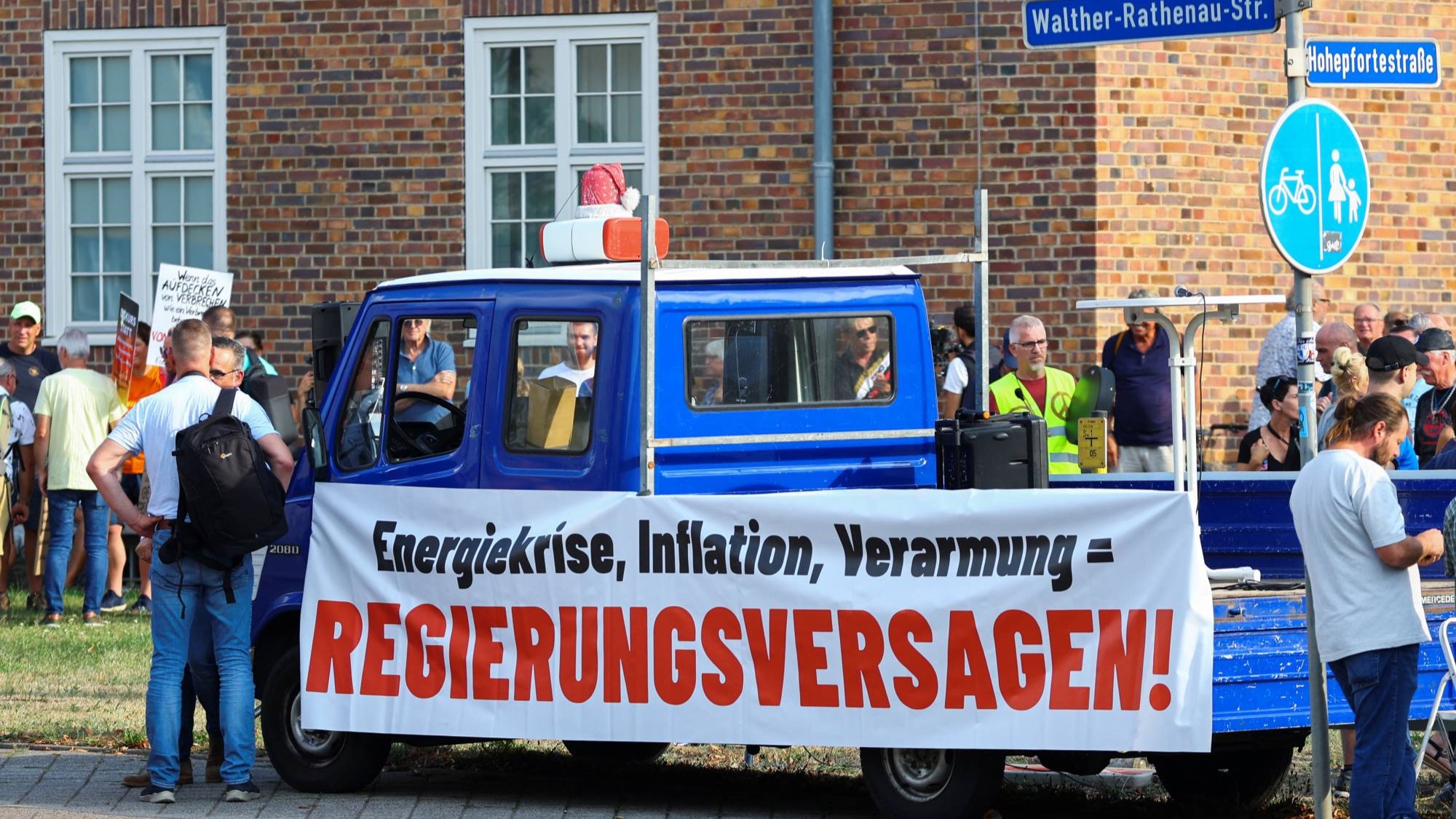 A banner reading ‘energy crisis, inflation, impoverishment = government failure’ is displayed on a vehicle as people protest during a visit by German Chancellor Olaf Scholz to Magdeburg University, in Magdeburg, Germany, on 25 August, 2022. (Photo credit: REUTERS)

German utility companies RWE and Uniper are close to sealing a deal to purchase liquefied natural gas (LNG) from Qatar’s North Field Expansion project to make up for the loss of Russian gas, according to informed sources that spoke with Reuters.

However, despite expectations for Berlin and Doha to reach a compromise “soon,” the North Field Expansion is not expected to come online before 2026.

Both RWE and Uniper currently purchase LNG from Qatar on the spot market. RWE, in particular, signed a deal with Doha in 2016 for the delivery of up to 1.1 million tons of LNG a year, which expires in 2023.

The news comes just days before German Chancellor Olaf Scholz travels to Saudi Arabia for a two-day visit to the Gulf region.

His trip will also take him to the UAE and Qatar, in yet another example of western leaders desperately trying to find an alternative for Russian fuel.

During his visit to the UAE, Scholz is expected to sign LNG supply contracts, his deputy chancellor revealed on 19 September. In July, France sealed several energy cooperation deals with Abu Dhabi.

Cheap energy supplied by Russia was key in keeping German exports competitive. As a result, the share of Russian gas in Germany grew to 55 percent of total imports before the start of the war.

This situation forced Berlin to fire up timeworn coal power plants and to place two of its nuclear power plants on standby, rather than decommissioning by year’s end as was initially planned by the government.

Earlier this year the country was also forced to hand Uniper a 19 billion euro bailout in order to keep the utility firm from collapsing.

Experts warn that European economies face a permanent blow due to higher energy costs, as losing Russian gas will “pull down growth, push up inflation and drag down the euro,” according to the chief economist for UK bank Barclays.