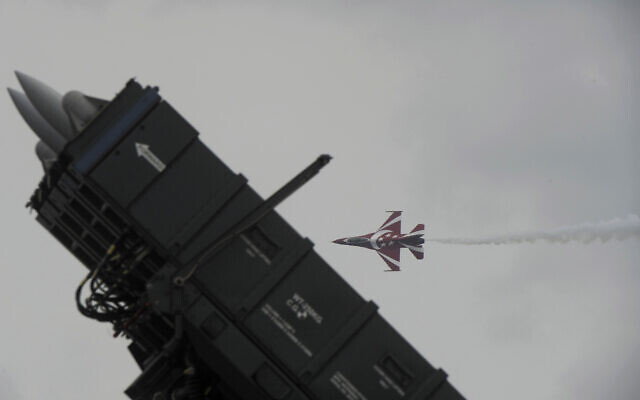 Israel and the United Arab Emirates have agreed to their first advanced-weapons deal since both countries signed the Abraham accords in 2020.

Two sources familiar with the matter told Reuters on 22 September that Israel agreed to sell the advanced Rafael air defense system to the United Arab Emirates (UAE) under the first arms deal between the two countries since the normalization of relations in 2020.

According to Reuters, Israel agreed to supply the UAE with the Rafael-produced Spyder interceptor missiles. However, Israel declined to provide further details due to the sensitivity of the deal.

Spyder missiles can be launched from vehicle-mounted platforms and are used against short- and long-range projectiles.

In response to a question about whether Israel will provide the UAE with air defense systems, the Chairman of the Parliament’s Foreign Affairs and Defense Committee, Ram Ben Barak, told Israel Radio on 20 September that there is broad cooperation with the UAE. Yet, refused to make a specific comment on future arms deals.

The UAE needs to bolster its air defense capabilities after a series of attacks conducted by Yemen’s Ansarallah resistance movement.

The Ansarallah movement has been retaliating against the UAE for taking part in the destructive war against the people of Yemen since 2014, using self-made drones and missiles to target the country’s energy infrastructure.

Foreign diplomats said that the strike had alarmed the leaders of the UAE, who have long boasted of the country’s security and stability in the region. Sources familiar with damages caused by the attacks claimed that a terminal under construction at Abu Dhabi Airport was also targeted by the strikes, injuring civilian workers.

In addition, the Turkish defense company Baykar delivered 20 armed drones to the UAE on 21 September.

Yemeni missiles and drones flew at low altitudes to avoid interception by the THAAD and Patriot interceptor missiles that the UAE purchased from the US, according to defense sources.

The gulf state of Bahrain also mended relations with Israel in 2020, after which the two countries reached a security agreement and began efforts to bolster trade.

This year, Israel and the UAE signed a free trade deal, the first of its kind, between Israel and an Arab country.