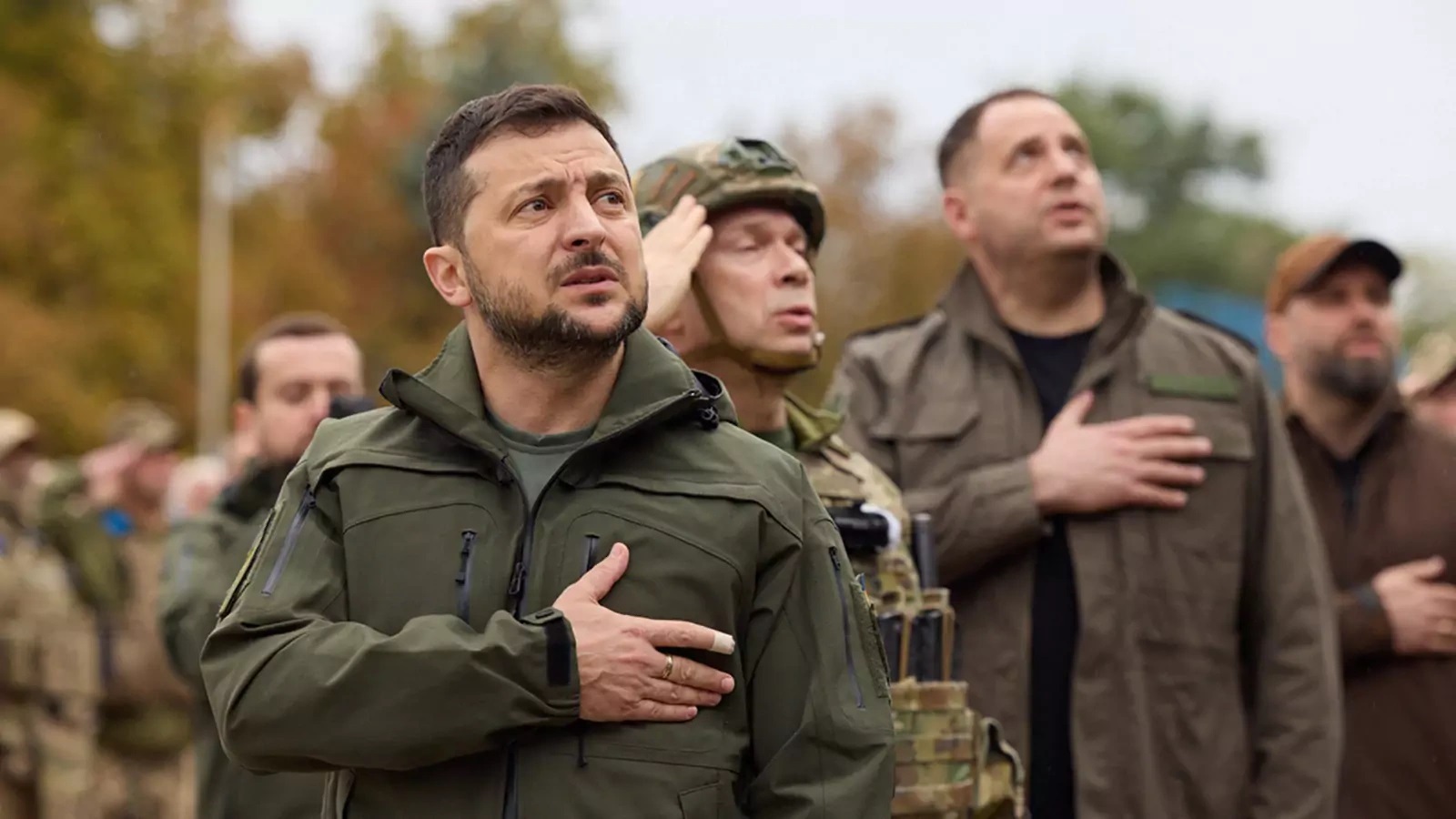 Ukrainian President Volodymyr Zelensky announced on 23 September that the accreditation for the Iranian ambassador to Kiev will be revoked and that embassy staff will be reduced over Tehran’s alleged delivery of military drones to Russia.

A total of eight Iranian-made drones have reportedly been shot down so far in the conflict.

“Today the Russian army used Iranian drones for its strikes … The world will know about every instance of collaboration with evil, and it will have corresponding consequences,” Zelensky said in a late night address to the nation.

“In response to such an unfriendly act, the Ukrainian side has decided to deprive the ambassador of Iran of his accreditation and also to significantly reduce the number of diplomatic staff of the Iranian embassy in Kiev,” the Ukrainian leader went on to add.

The message was delivered to the acting Iranian ambassador since the permanent envoy, Manouchehr Moradi, is not currently in Ukraine.

In response to Iran supplying weapons to Russia to use in its war against Ukraine, today we announced the revocation of accreditation of the Iranian Ambassador in Kyiv, and a significant drawdown of diplomatic personnel at the Iranian embassy.

Tehran has denied claims by Kiev and Washington that it had supplied drones to Russia, as officials previously said the Islamic Republic would not be party to an escalation in the conflict.

Meanwhile, reports this week claimed Kiev sought the help of Israel to share intelligence on “any support” Iran is giving to Russia.

Despite Tehran’s official denials, Iranian drones were spotted for the first time in Ukraine earlier this month.

The unmanned aerial vehicle (UAV) was identified as the Shahed-136 suicide drone that can operate within a radius of 2,000 km and accurately target ground-based infantry and military installations.

Keywords
dronesEbrahim RaisiEmmanuel MacronFranceIranRussiaUAVUkraineVolodymyr ZelenskyWar
More news
UAE invites Ben-Gvir to National Day reception
Dec 01, 2022
Iran, Iraq conclude contracts worth $4 billion in technology, engineering
Dec 01, 2022
47 intelligence agencies waging “hybrid warfare” against Iran: Report
Dec 01, 2022
Turkish airstrikes decimate Syrian energy facilities: Oil Minister
Dec 01, 2022
PreviousNext
UAE invites Ben-Gvir to National Day reception
The diplomatic relationship and bilateral cooperation and trade significantly improved between Israel and the UAE since the signing of the Abraham Accords
Dec 01, 2022
Iran, Iraq conclude contracts worth $4 billion in technology, engineering
Iranian exports to Iraq are expected to increase to $9 billion in the coming months, despite Iran's security concerns over Kurdish separatist groups in Iraq
Dec 01, 2022
47 intelligence agencies waging “hybrid warfare” against Iran: Report
According to Tehran, security forces have not yet resorted to the use of live ammunition against protesters and rioters
Dec 01, 2022
Turkish airstrikes decimate Syrian energy facilities: Oil Minister
The strikes have also worsened northern Syria’s water crisis, as a number of water pumps and desalination plants have been halted
Dec 01, 2022
Saudi Arabia inks arms deal with Spain to strengthen naval forces
Riyadh has increased its efforts in cooperation with nations across the globe as Saudi leaders look to move away from the kingdom's US dependency
Dec 01, 2022
Lebanese parliament again fails to elect president, pushing nation deeper into crisis
As Lebanon sinks deeper into crisis, US officials have said that once the 'complete disintegration of the state' happens, Lebanon can be 'rebuilt from the ashes, freed from the curse of Hezbollah'
Dec 01, 2022
US war chief warns Turkiye against launching ground offensive in Syria
The warning by Lloyd Austin came hours after Ankara deployed reinforcements to the border with Syria
Dec 01, 2022
Russia reinforces military presence in northern Syria
Moscow has been mediating talks between Damascus and the Kurdish groups present on the border with Turkiye
Dec 01, 2022
Turkiye dispatches new military reinforcements to Syrian border
Turkiye demands a complete withdrawal of the SDF from Manbij, Kobani, and Tal Rifaat
Nov 30, 2022
US, Oman discuss political solution for Yemen
The meetings of the US and UN envoys come as part of a continued international effort to extend the six-month truce
Nov 30, 2022
PreviousNext
Most Popular
US-Turkiye brinkmanship won’t reach a point of no return
BY MK Bhadrakumar Nov 28, 2022
The role of UK intelligence services in the abduction, murder of James Foley
BY William Van Wagenen Nov 25, 2022
A war of narratives: Who killed the child in Iran’s Izeh?
BY Fereshteh Sadeghi Nov 23, 2022
Pentagon fails to pass new financial audit, unable to account for over $2 trillion in assets
Nov 23, 2022
Israel, US to conduct air drill simulating attack on Iran
Nov 28, 2022