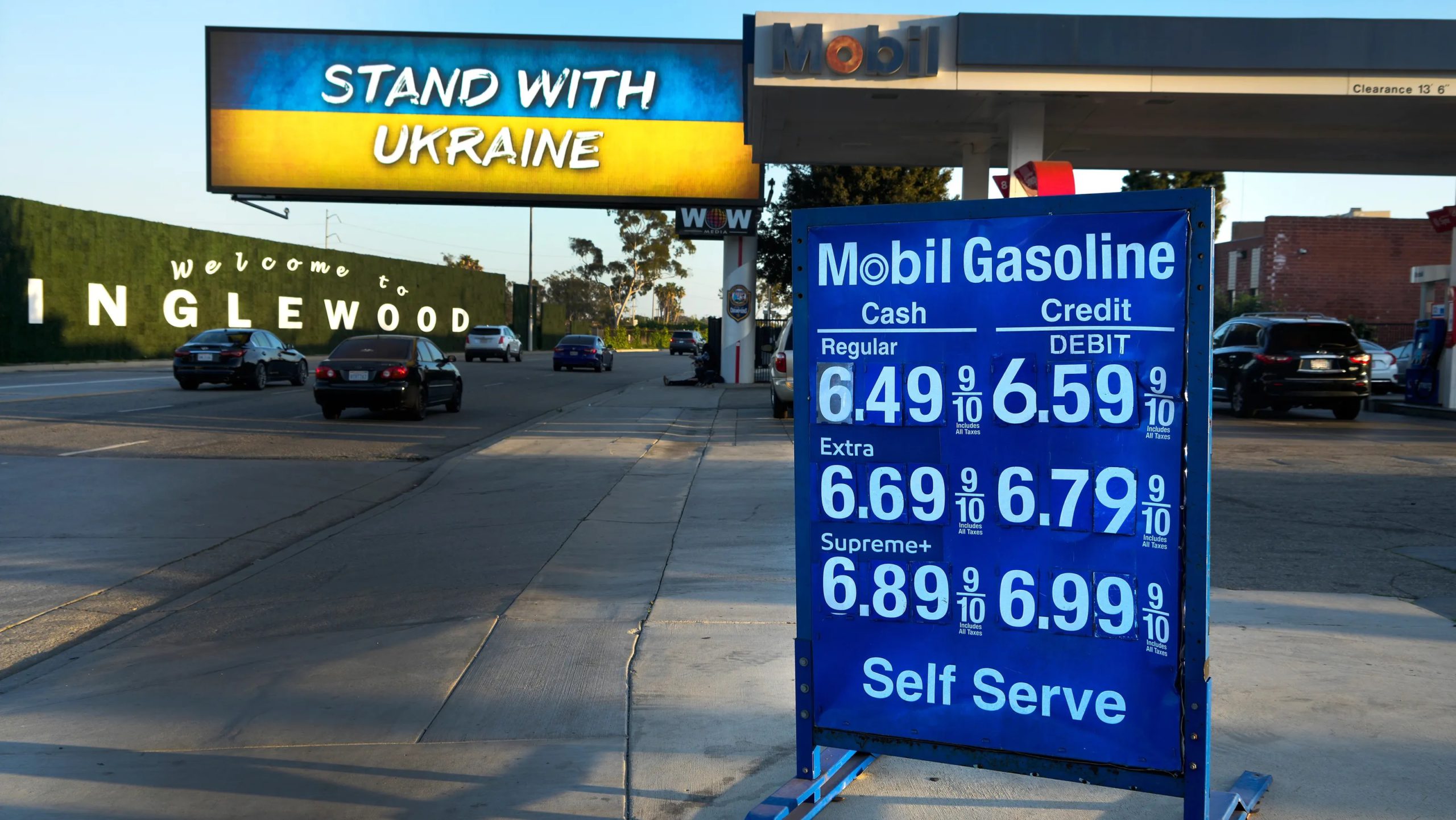 A Mobil gas station in Inglewood, Calififornia, displays a price of $6.49 a gallon on 9 March, 2022 with a billboard showing support for Ukraine in the background. (Photo credit: Robert Hanashiro, USA TODAY)

The OPEC+ panel has proposed an output reduction of two million barrels of oil per day to combat decreasing prices in the energy sector, according to Bloomberg.

The panel considers the output cut an important step to combat declining fuel prices over fears of a global recession and economic slowdown.

Previously, western media reported that the Russia-led energy bloc was looking to cut output by, at most, one million barrels per day.

Despite a two-day surge in prices because of the impending news, the announcement has less of an effect on the markets as various oil exporting countries have already failed to meet their output quota.

The real reduction is closer to 880,000 barrels per day, requiring only eight countries to reduce their output.

The move is considered a major pressure point on the global economy, especially across the west which is battling runaway inflation.

According to CNN, the government of US President Joe Biden tried to pressure allies in the Gulf to prevent a major cut in oil production, with White House officials going as far as to describe the move as a potential “hostile act.”

Biden’s most senior energy, economic, and foreign policy officials, were tasked with lobbying Kuwait, Saudi Arabia, and the UAE to vote against the proposed output cuts.

“It’s important everyone is aware of just how high the stakes are,” said a senior official to CNN.

The US Energy Department has also considered the ban on exports of gasoline, diesel, and other refined petroleum, to counter the increase in energy prices.

UAE Energy Minister Suhail Al Mazrouei described the situation as “technical,” adding in a statement to reporters that “it’s very important that it remains as a technical decision and it’s not political.”

“That’s why it’s important to look at the technical side of the equation and look at any concerns regarding the economy and the status of the economy.”

“We certainly see a significant chance that the producer group will opt for a substantial cut to try to signal that there is indeed an effective circuit breaker in the market,” Helima Croft, head of commodity strategy at RBC Capital Markets, said last week.