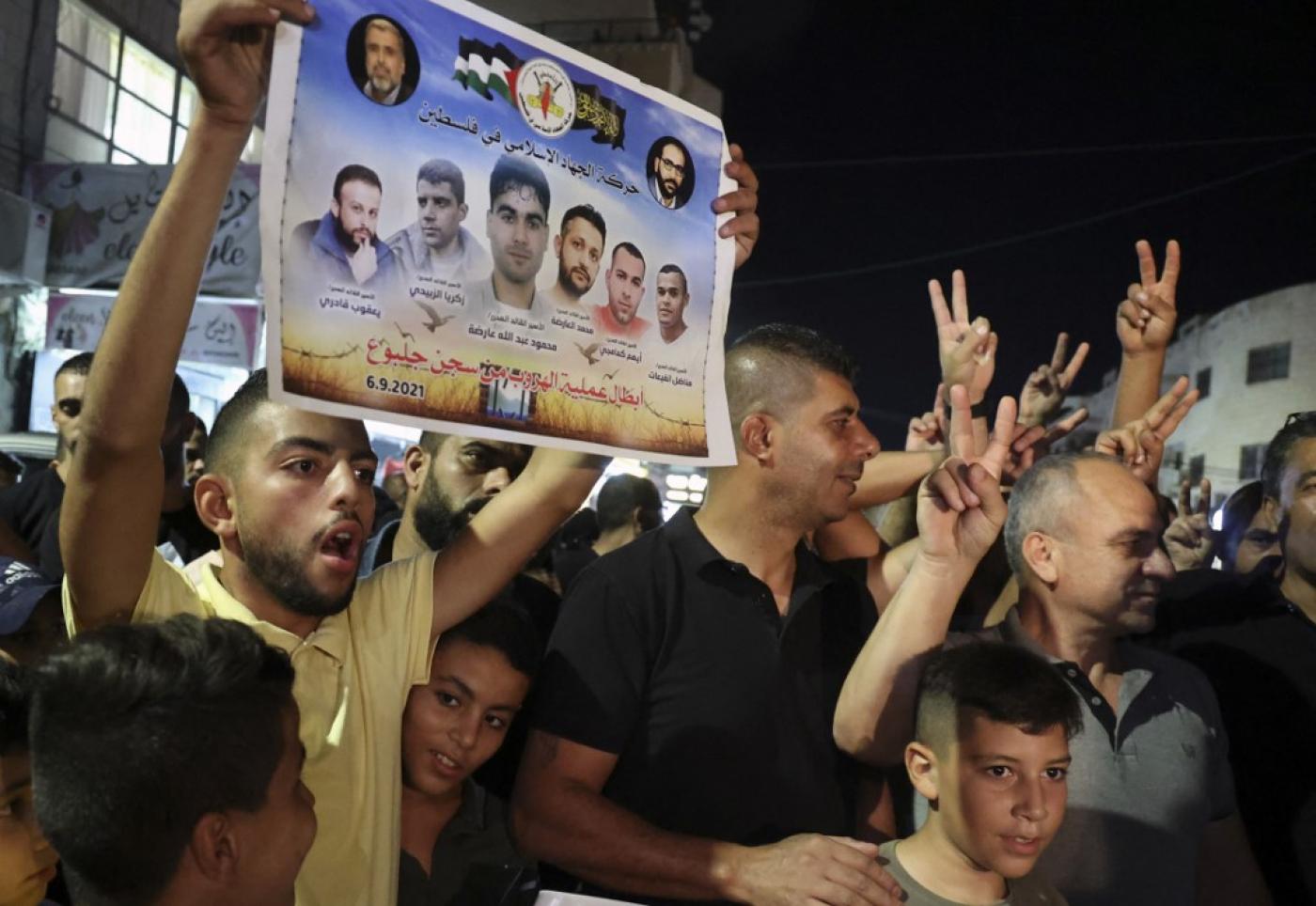 Palestinians gather in the Jenin refugee camp in the occupied West Bank in support of the 6 escaped prisoners. (Photo credit: AFP)

Hundreds of protesters took to the streets of the occupied West Bank on 8 September to protest the arbitrary arrest of several family members of the six Palestinian inmates who escaped an Israeli maximum security prison earlier this week.

According to human rights groups, at least seven family members of the escapees were arrested after Israeli occupation forces carried out raids late on 7 September across the West Bank, ransacking dozens of homes in the Jenin refugee camp and in the Arabbuna village northeast of Jenin.

Local sources say the troops went door-to-door in both these areas, adding that CCTV footage of the raids was taken away by the Israelis.

Since Monday’s daring prison break, raids have been carried out in various prisons in an attempt to forcibly separate prisoners affiliated with the Palestinian Islamic Jihad (PIJ) resistance movement.

Five of the six escapees are members of the PIJ.

Speaking to Arab media on 7 September, the spokesperson for the Palestinian Commission of Detainees and Ex-Detainees’ Affairs, Thaer Shreiteh, said that “all sections in all prisons have been closed and prisoners are forbidden to go out to [the prison yard],” adding that authorities are “sometimes failing to give food to [jail] sections, in addition to isolating tens of [PIJ] prisoners and transferring their leaders to Al-Jalamah Prison for investigation”.

Meanwhile, Hebrew media has reported that occupation authorities suspect the Prisons Service staff aided in the escape, with over a dozen staff members being questioned over their several blunders committed.

According to reports, the escapees spent around 15 minutes outside the prison wall, underneath a guard tower, without being noticed by prison staff. They also note that the guard in the tower had fallen asleep on the job while the group escaped.

The six prisoners escaped on 6 September reportedly by using a spoon to dig a tunnel through their cell’s drainage system, although Israeli officials said that a security flaw meant that they did not need to excavate to create a passage out.