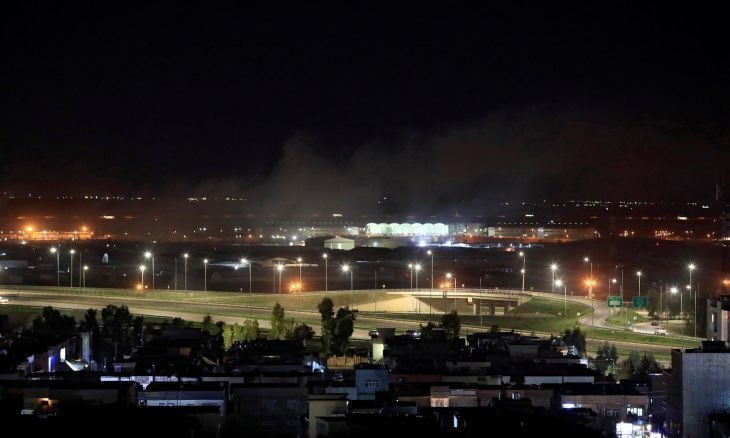 Iraqi security officials reported on 11 September that Erbil International Airport in northern Iraq was targeted by a drone strike, with explosions reported near where US troops are stationed.

Footage shared on social media shows multiple explosions going off at the airport located in Iraq’s Kurdistan region. There were no immediate reports of casualties.

According to the region’s Directorate of Counter Terrorism, “explosive-laden drones” targeted the airport section used by US coalition forces, with witnesses saying they heard at least six explosions in the area.

Informed sources have said that the real target of the attack was the Mossad headquarters near Erbil Airport, located in an area that has already come under attack several times this year.

Back in June, another Israeli intelligence base near Erbil came under attack by unidentified drones, killing three Mossad officers and leaving several others wounded.

In April, a similar development occurred when a Mossad recruitment and training base came under attack in northern Iraq, killing one Israeli official.

No group has taken responsibility for Saturday’s drone attack. US officials previously placed the blame for the attacks on Shia resistance fighters, who have vowed to fight until all US occupation troops leave Iraq.

This latest attack on Erbil airport comes just days after the head of Iraq’s Joint Operation Command reported that US troops have begun their withdrawal from the country “in large numbers.”

Major General Tahsin al-Khafaji added that 31 December of this year will be the last day of US military presence in Iraq.