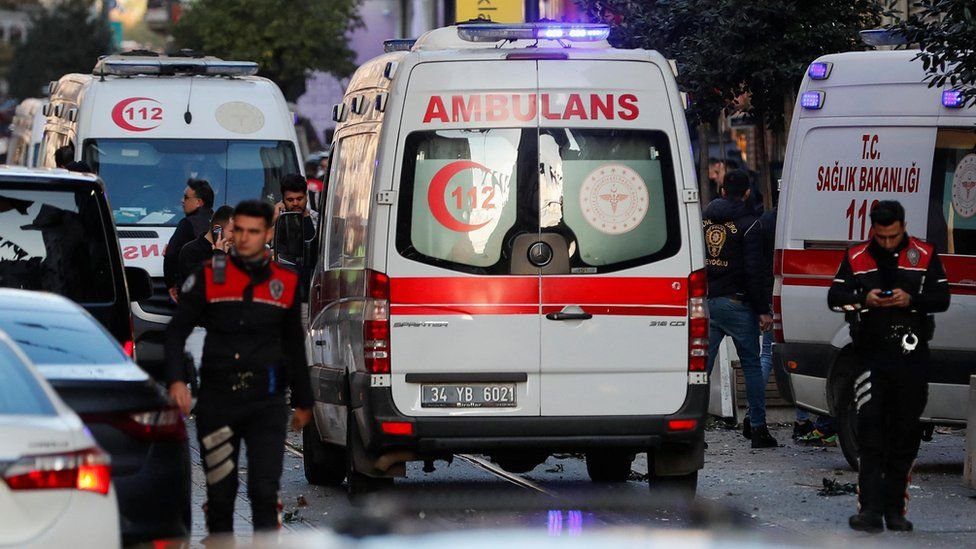 At least six people have died and dozens have been injured in an explosion on Istiklal Street in central Istanbul on 13 November, according to local media reports.

The cause of the explosion and the number of injured has not yet been confirmed by Turkish officials, but local media claims at least 53 people have been injured.

The explosion reportedly occurred on Istiklal Street at around 4:20pm local time, according to Istanbul Governor Ali Yerlikaya. In a tweet, he mentioned “casualties and injuries” without providing further information.

In a video posted on Twitter, pedestrians can be seen fleeing the scene as flames burst out following a loud explosion.

Another video showed police, fire engines, and ambulances in the area. Shops were reportedly closed, according to social media users.

Between 2015 and 2017, ISIS and organizations connected to the banned Kurdistan Workers’ Party (PKK) carried out a series of deadly bombs in Turkey.

Turkey frequently carries out cross-border airstrikes via armed drones in neighboring Iraq and Syria as part of its offensive against Kurdish militants, whom Ankara considers “terrorists” and a threat to its national stability.

On 2 October, Turkey announced that it had “neutralized” 30 members of the Kurdistan Workers Party in a cross-border operation in Iraq and Syria, using airstrikes.

A high-ranking Turkish officer was also killed in an attack on 2 October, with Ankara attributing the attack to the PKK.

Al Jazeera‘s Turkish correspondent, Sinem Koseoglu, said, “There are strong suspicions that this was a suicide bomb, but we don’t have any official statement yet [on that].”

According to Koseoglu, the explosion comes as a surprise, since there haven’t been any recent warnings about potential terrorist attacks in the city.

“But security measures have remained high in the area,” she added.

While it is unclear who is behind the attack, the same street was targeted by a suicide bomber in 2016.

In October, Turkey commemorated the seventh anniversary of the worst terrorist assault in its history, although many of the ISIS suspects indicted in connection with the Ankara bombing that claimed 103 lives remain at large.