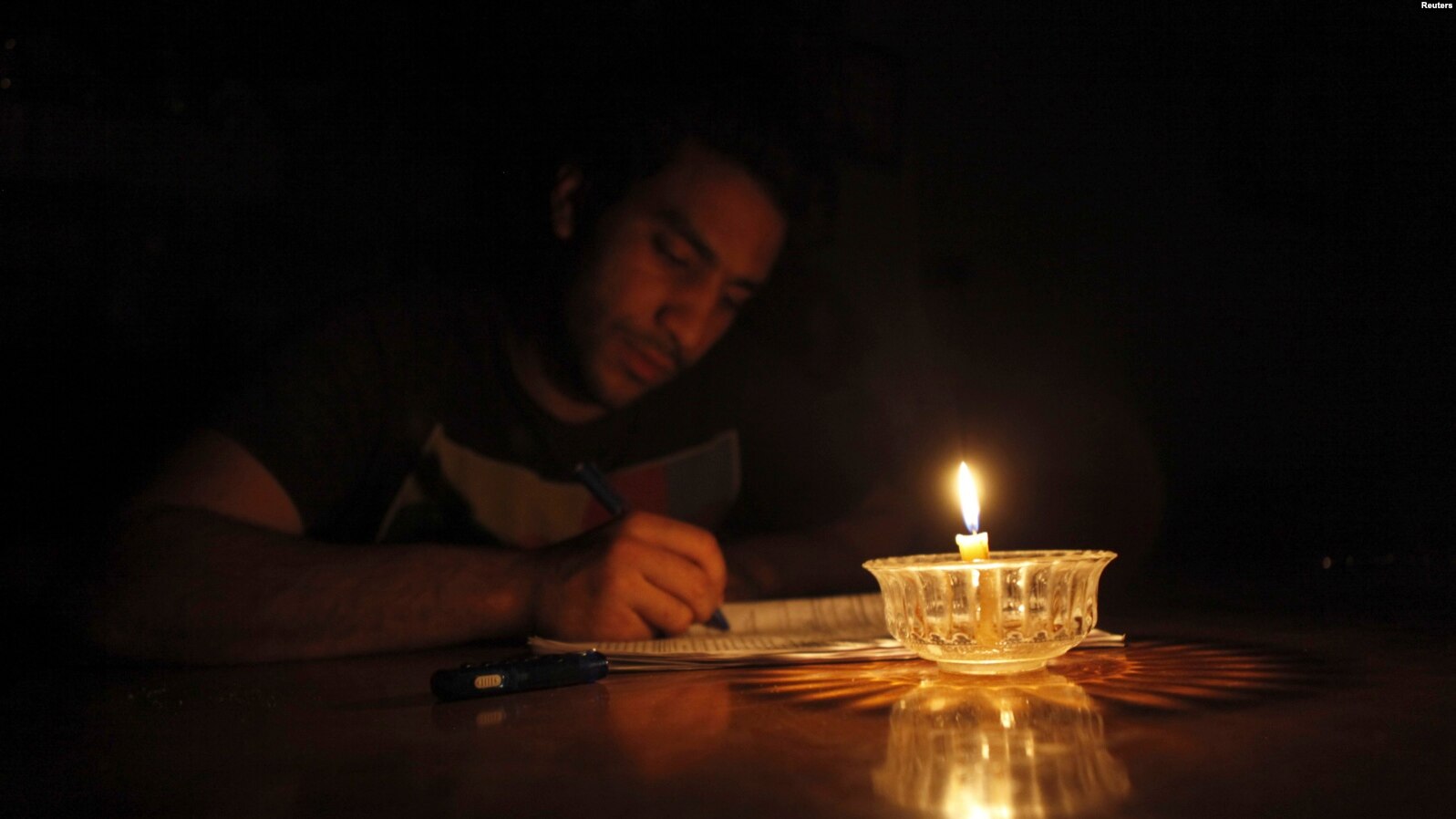 FILE- Mostafa Khaled, 20, studies by candlelight for his early morning exams during a power cut in Toukh, about 25km northeast of Cairo, 26 May, 2013. (Photo credit: Reuters)

The Egyptian government is looking to reduce the volume of liquefied natural gas (LNG) it uses for domestic power generation by 15 percent, in a bid to sell more gas to energy-craving Europe.

According to a report by the Wall Street Journal (WSJ), Cairo started to scale back domestic electricity usage this summer, reducing lighting in some streets, squares, and other public areas, as well as in shops and government buildings.

Egyptian officials hope to ship the surplus LNG to buyers in Europe, who are paying top dollar for non-Russian energy in hopes of surviving the harsh winter.

Since the start of the NATO-instigated war in Ukraine, Egypt, along with dozens of other nations across the globe, has been suffering from runaway inflation and a devaluating currency. As a result of this, the country hopes to boost revenue by redirecting more LNG to Europe before winter hits in full force.

At the same time, the EU is looking down the barrel of a gun mere weeks before an embargo on Russian fuel is put into effect.

The embargo will come alongside a US-orchestrated plan to cap the price of Russian oil. So far, this scheme only has the support of the G7 group of developed nations, the EU – except Poland and Hungary – and Australia.

Russia has said it will not trade with countries participating in the price cap. In 2021, Moscow supplied around 155 billion cubic meters of natural gas to EU countries – about 40 percent of the bloc’s total gas consumption.

In recent months, the EU has been trying to wean off its dependence on Russian fuel by courting Gulf nations like Qatar and the UAE. Nonetheless, Arab officials have maintained that, in the short term, they will not be able to replace Russia’s supply.

To make matters worse, the OPEC+ group of countries – which includes Russia – has shrugged off western diktats to boost oil production and has instead moved to cut production levels in order to avoid a market crash.