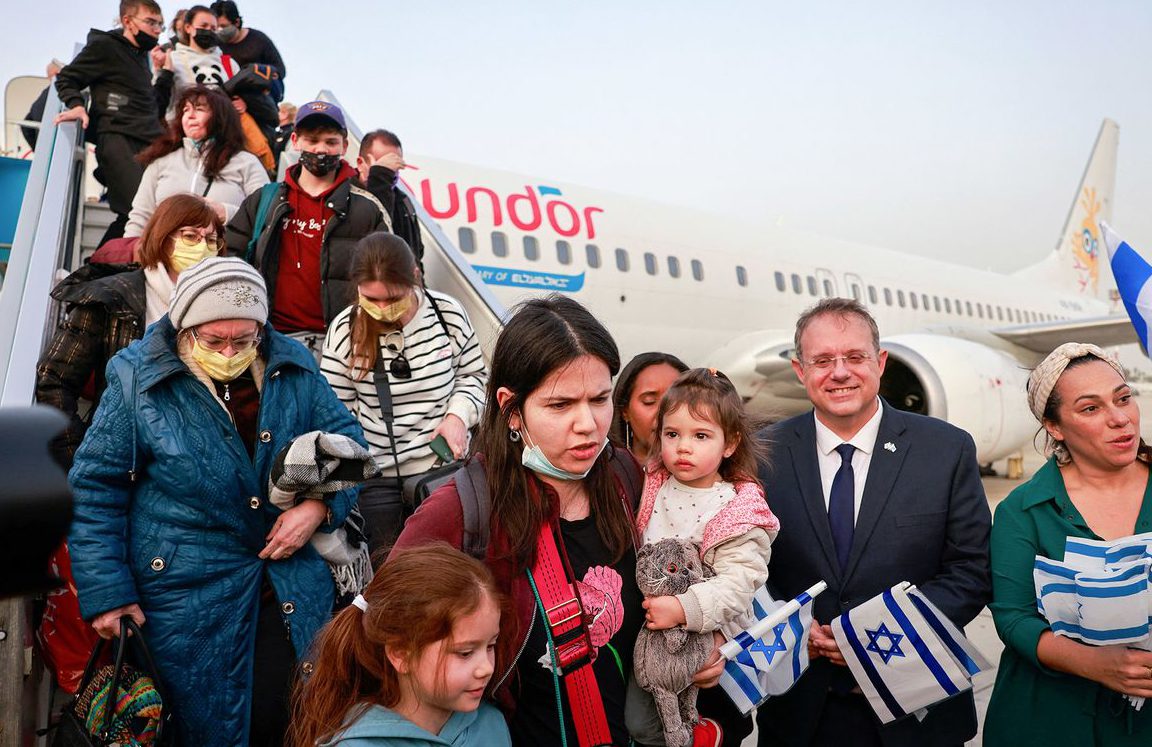 The Times of Israel reported on 18 November the findings of a study conducted by the Knesset on the “accuracy of the Jewish identity claim” by immigrants from former Soviet countries.

The study’s findings, released on 16 November, discovered that 70 percent of immigrants in 2020 were in fact not Jewish. This has aggravated the ongoing debate about the scope of the “Law of Return” and the influence the Israeli supreme court has on deciding who counts as a Jew.

Additionally, the parliamentary findings have found out that those immigrants have not previously adhered to the Jewish faith, nor have they fulfilled the criteria to become a Jew by birth, according to Rabbinic ultra-orthodox standards.

But rather, they took advantage of the “grandchild clause” of the Law of Return, which grants Israeli citizenship to those with Jewish grandparents. The immigrants arrived in Israel with the hope of better living standards – both financially and socially – than those in eastern Europe.

Nonetheless, the results of the study, which was ordered by the ultra-Orthodox Shas party, a key ally to Prime Minister-designate Benjamin Netanyahu, might deem these immigrants as “atheists” and consequently not real Jews.

Being labeled as having “no religion” will deny the citizens from the Soviet countries of equal rights to Israelis, as well as the right to marry or be buried in Jewish cemeteries. They will be treated as aliens and outcasts in Israel, and will be prone to persecution and deportation.

However, this study, and the remarks that followed it, did not bode well with Russian-speaking Israeli officials, the sons of immigrants from the Soviet Union, who considered this “charade” an embodiment of the racist nature of some in Israel.

“Judaism doesn’t belong to you. It belongs to all of us. You won’t [be able] to turn hundreds of thousands of Israelis into third-class citizens. We won’t let you destroy Judaism,” Vladimir Beliak said, a Yesh Atid party member, with Soviet heritage.

With this outstanding increase in “non-Jewish” Soviet immigrants to Israel, rising from 6.8 percent in 1998 to 71.7 percent in 2020, the results of the findings would be the proof the ultra-orthodox parties needed in their war against the supreme court.

On 12 November, the chief Sephardic rabbi of Israel, Yitzhak Yosef, called on Netanyahu to take advantage of the results of the Knesset elections and nerf the influence of the supreme court, in its ability to decide who is considered a Jew.

With 32 religious and ultra-orthodox Knesset members, Yosef considered a government with such a parliament “an opportunity to amend the law on who is a Jew. To fix things. Now is the opportunity to make amends”

“You have to [pass] the override clause to overcome these High Court rulings,” Yossef added, in an outcry to the new Knesset.