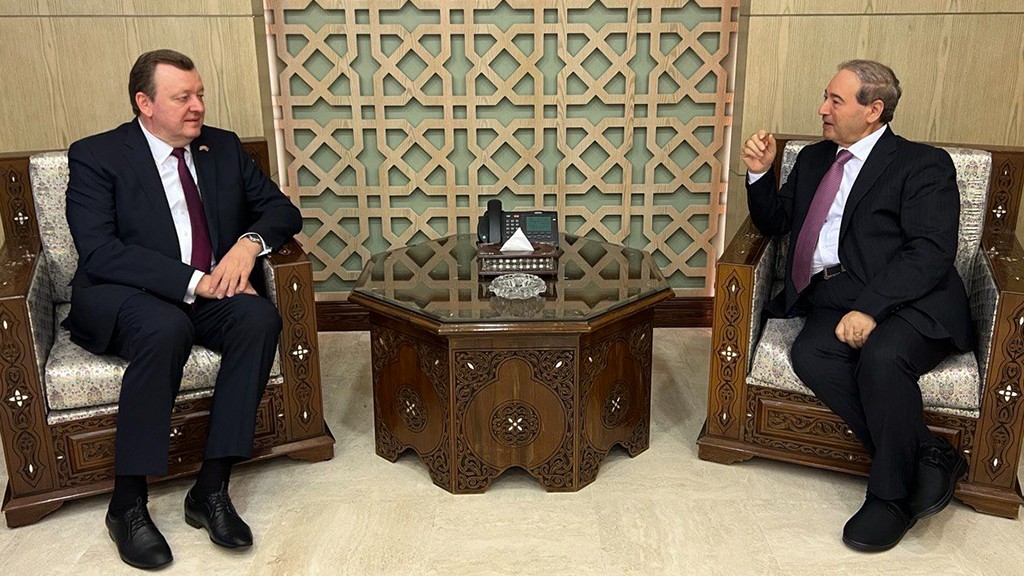 Belarus provided Syria with 2,300kg worth of humanitarian relief, including clothing, footwear, and medicine, on 24 November.

Economic cooperation between Damascus and Minsk has increased in recent years, with trade between the two countries amounting to $8.2 million, primarily exporting defense and security equipment, dairy products, medicine, and other public commodities.

The two ministers agreed to increase cooperation in culture and education and plan to sign energy agreements.

Golovchenko remarked that Belarus could help Syria significantly restore its economy and infrastructure.

Arnous responded by praising the visit of Belarusian delegations to Syria, describing it as a pivotal point in the relationship between both countries and having the potential to improve the lives of hundreds of thousands of Syrians.

Despite the international consensus, Belarus and Syria are among the few countries supporting Russia’s claim to the territories of Donetsk and Luhansk.

Syria has recently taken the initiative to formalize ties with regional states after Gulf countries severed ties with Damascus and backed militant groups seeking to overthrow President Bashar al-Assad’s government at the start of the war in 2011.

According to an article in the Hindustan Times, Syria’s foreign minister hailed the strong ties between Syria and India, further adding that ever since Syrian President Bashar al-Assad’s visit to India in 2008, there has been cooperation between the two countries in the fields of economy, politics, and culture.