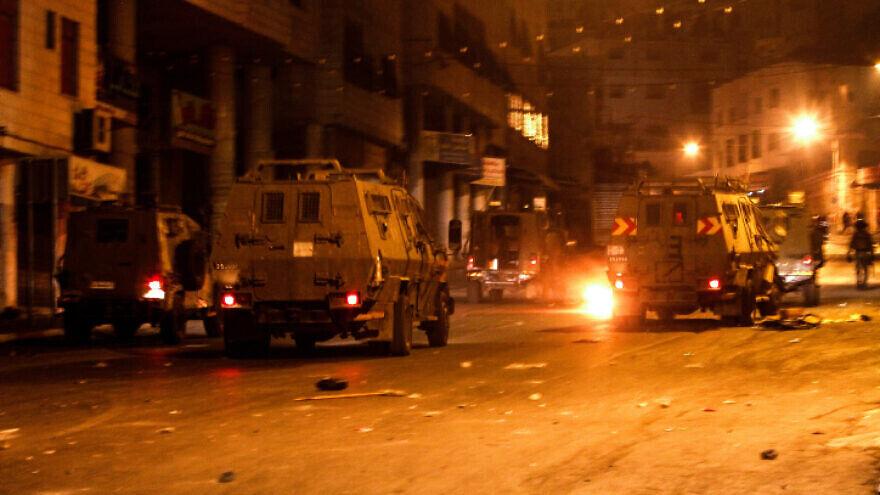 Violent clashes broke out late on 26 September between Palestinians and Israeli occupation troops in the West Bank city of Nablus, after local residents confronted hundreds of Israeli settlers who tried to force their way into Joseph’s Tomb.

According to local reports, as many as 500 settlers tried to enter the holy site in the occupied territories to perform Talmudic prayers, before Palestinian resistance fighters began blocking roads and throwing rocks at the troops. This, in turn, led to an exchange of live fire which left at least two Israeli soldiers injured.

No deaths or injuries have been reported from the Palestinian side despite the onslaught launched by the occupation troops.

In response to Sunday’s clashes, Palestinian resistance movement Hamas has praised the response by the residents of Nablus, with a spokesman saying: “The rising youth in all the cities of the West Bank proved that they are the reservoir of revolution and the extension of the intifada until they achieve the goals of our people with liberation and return.”

Sunday’s clashes came less than a day after occupation troops killed five Palestinians in the occupied West Bank, including a boy who was only 16 years old.

Just hours after the clashes in Nablus, local sources reported that hundreds of Israeli settlers stormed the courtyard of the holy Al-Aqsa Mosque, which is under the protection of Israeli police.