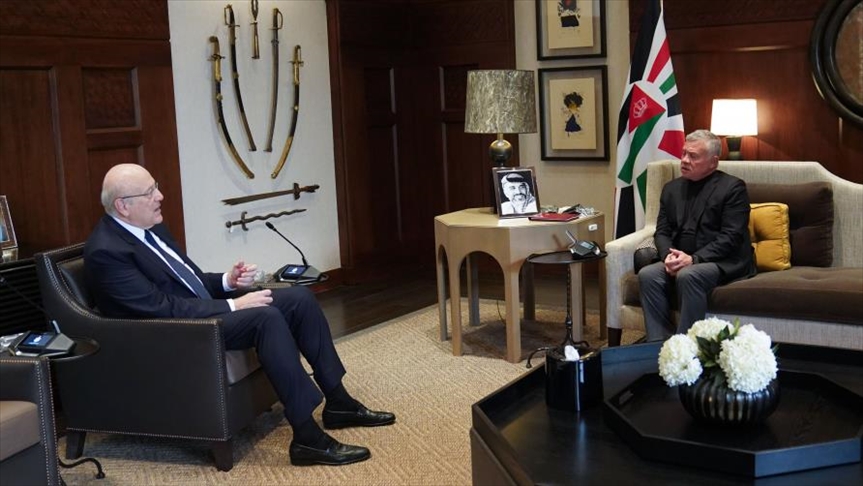 In a meeting with Lebanese Prime Minister Najib Mikati at the Al Hussaniya palace in Jordan on 10 October, Jordanian King Abdullah II and the Lebanese head of state discussed the expansion of bilateral ties and cooperation.

According to an official press release from the King’s office, Abdullah also “reaffirmed Jordan’s ongoing support for Lebanon and the Lebanese people,” discussing ways of reaching political solutions amidst regional crises.

That same day, the ministers of Jordan, Syria, and Lebanon convened in Amman to discuss the restoration of lines between Syria and Jordan that have been out of use since 2012.

Following this meeting the Jordanian Energy Minister announced that the Kingdom “hoped” to begin supplying Lebanon with electricity by the end of the year.

But according to the officials, Lebanon is still bartering with the World Bank for a loan to cover the cost of restoring the needed infrastructure.

The US-sponsored plan to supply Lebanon with energy came on the heels of an announcement by Lebanese resistance movement Hezbollah saying they would begin importing Iranian fuel to the crisis-hit nation.

Since then, tens of thousands of tons of the Iranian fuel have entered Lebanon, helping the country fight an energy crisis that has currently left the whole country in the dark.