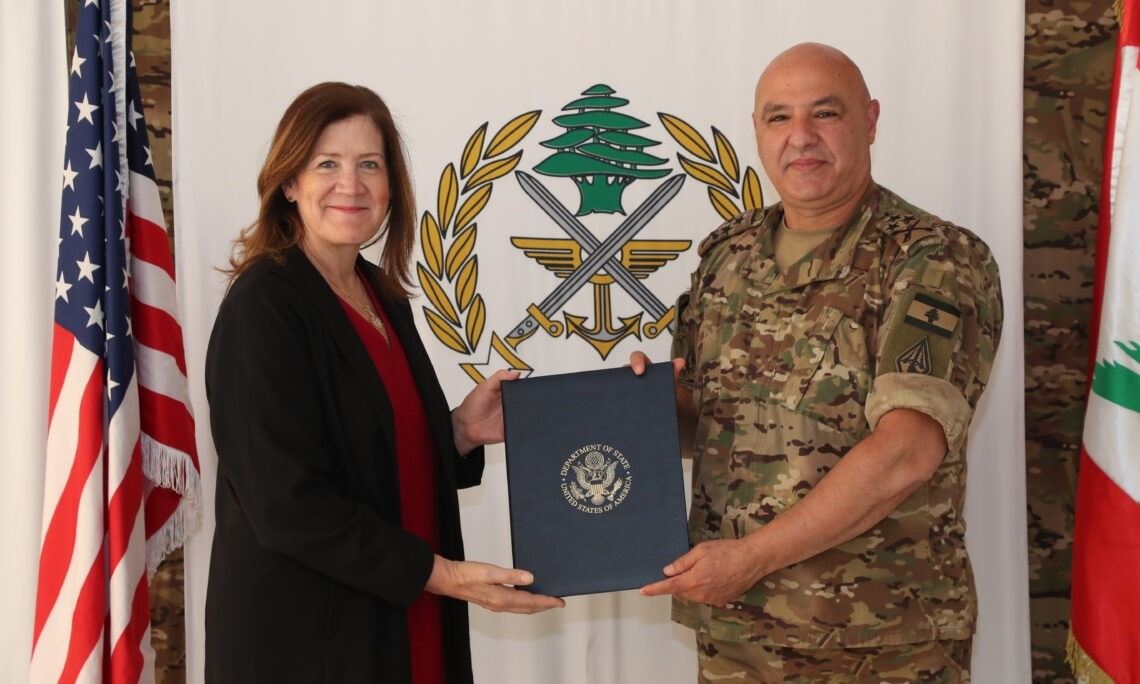 Commander of the Lebanese Armed Forces General Joseph Aoun meets with US Undersecretary of State for Political Affairs Victoria Nuland.

CCTV footage has emerged showing members of the Lebanese Army shooting unarmed civilians in the Tayouneh neighborhood of Beirut on 14 October, the same day as extremists affiliated with the far-right Lebanese Forces (LF) political party opened fire on a peaceful sit-in demonstration.

The disturbing footage appears to show the moment when Muhammad Tamer, one of the seven fatalities from Thursday’s massacre, is gunned down by a member of the country’s armed forces.

Local sources in Beirut say that at least two of the victims were in fact killed by the army, with new reports claiming that none of the victims’ bodies were subjected to a proper forensic investigation to determine whether they were killed by the LF snipers or by security forces on the ground.

Soon after the video was leaked, the official Twitter account of the Lebanese Army issued a statement saying that the soldier who opened fire on the unarmed protesters is “subject to investigation under the supervision of the competent judiciary.”

Following the attack on supporters of the Hezbollah and Amal Movement political parties, members of the armed forces reportedly took all CCTV footage from the area.

In the hours after the killings, the Lebanese Army were criticized for issuing conflicting reports over the day’s events, first claiming that “as they headed to the Al-Adliya area, the protesters were fired upon in the Tayouneh-Badaro area.”

This statement, issued just before Lebanese authorities – including Lebanese Army Commander General Joseph Aoun – met with US Deputy Secretary of State for Political Affairs Victoria Nuland, was later changed to claim that the violence had erupted following a “dispute” after which an “exchange of fire” took place between the unarmed protesters and LF snipers.

The revised version of the story was followed by a press conference in which Nuland announced that the US government will offer an additional $67 million to “support” the Lebanese Army.

“I’m pleased to announce an additional $67 million in new US support for the Lebanese army, bringing our total of support this year to $187 million,” Nuland told reporters just hours after the Tayouneh massacre took place.

These latest developments also come less than two weeks after the head of Hezbollah’s Executive Council, Hashem Safieddine, revealed that the resistance group is working to “expel” US meddling and influence from state institutions, in particular, the Lebanese Army.

According to Hezbollah sources, the Lebanese Army, led by General Joseph Aoun, tops the list of institutions under strong US influence, followed by the Central Bank of Lebanon and other Lebanese security departments, state administrations, and development ministries.