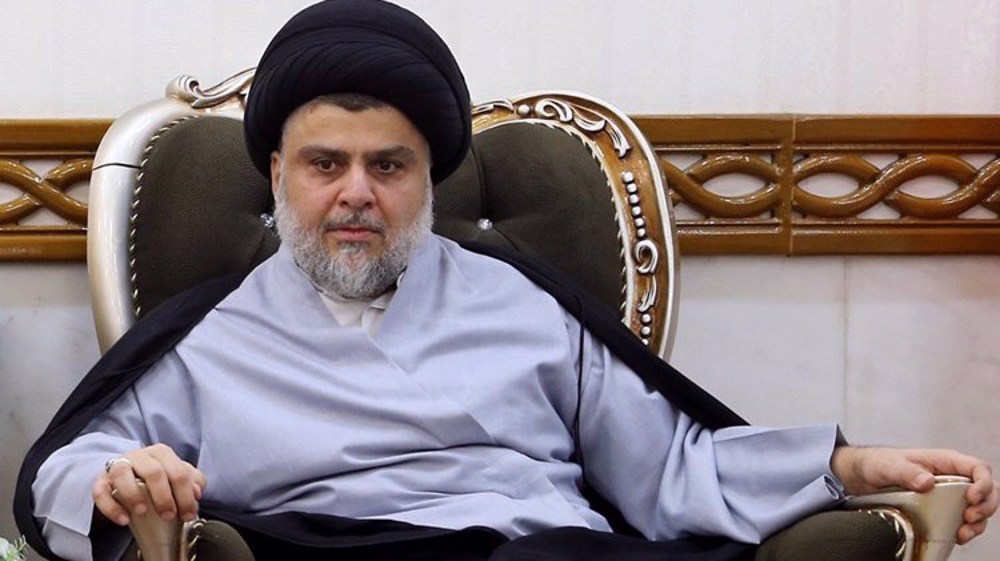 The leader of Iraq’s Sairoon Alliance, Shia cleric Muqtada al-Sadr, said on 18 November that the country’s “armed factions” must be dissolved and that he intends to form a national majority government.

“The undisciplined factions must be dissolved immediately and their weapons must be handed over to the government,” Al-Sadr said in a recorded speech broadcast by the Iraqi News Agency.

He specifically referred to what he said were “uncontrolled armed groups” within the Al-Hashd al-Shaabi movement, also known as the Popular Mobilization Units (PMU), telling them “your defeat should not end or disrupt democracy in Iraq now or in the future.”

Al-Sadr’s words come after his party reportedly won a majority of seats in parliament following disputed elections last month. According to Iraq’s Independent High Electoral Committee (IHEC), his coalition won 74 out of 329 seats in parliament, which entitles him to be in charge of forming the country’s next government.

However, the IHEC has yet to announce the final results of an ongoing recount after well over 1,000 complaints were filed alleging fraud was committed in the initial vote count, as several Shia-majority parties were left with only a handful of parliament seats.

The tensions following last month’s ballots have only increased in recent weeks, in particular after Iraqi security forces opened fire on protesters near Baghdad’s Green Zone earlier this month.

This was followed by an alleged drone attack on the residence of Prime Minister Mustafa al-Kadhimi on 7 November.

Since then, Al-Sadr has remained in the city of Najaf, as the man who western media claims “offers the best chance of securing US interests” in Iraq awaits the final say by the IHEC.