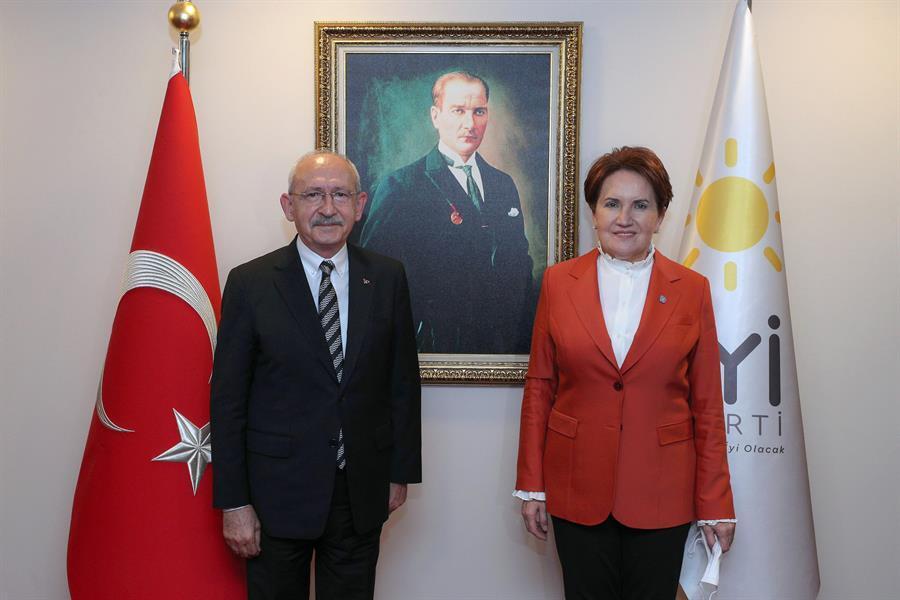 The two opposition leaders met amid the Turkish lira meltdown to discuss economic status, due to the “urgency of the country’s agenda.”

“Call an election at once, and let a new government rule the country properly,” Kılıçdaroğlu, the main opposition leader said. Kılıçdaroğlu also accused the Turkish Central Bank of failing to take the necessary action against the devaluation of Turkish lira.

The İYİ Party leader, Akşener, also critiqued Turkey’s economic condition, emphasizing the acute poverty now facing the Turkish people, and the improper financial management that is dragging the country towards starvation and deprivation.

Both opposition leaders called for early elections, saying that it was Turkey’s last and only chance to survive.

“Now the end of the road is in sight, more destruction, more poverty, more deprivation. The way to eliminate all this is to hold  free, independent and impartial elections, and to open the way to  … whoever our nation prefers,” Akşener said.

The lira saw its worst day since the 2018 currency crisis, when the lira tumbled in value to 11.3 per dollar, after the Turkish Central Bank decided on a rate cut.

At his party’s parliamentary group meeting, Erdoğan announced  that he would continue to fight “high interest rates,” in reference to the Turkish Central Bank’s 18 November meeting to decide on Turkey’s interest rates.