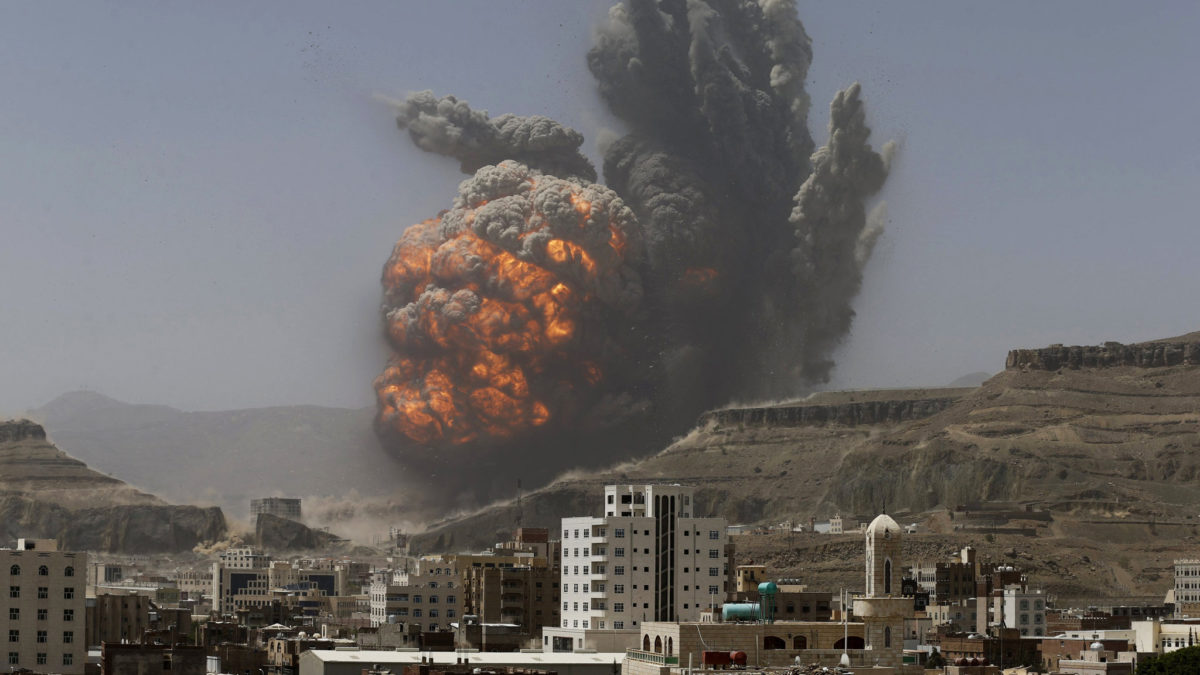 Late on 24 November, local sources in the Yemeni capital reported  a new bombardment by the Saudi-led coalition that targeted several neighborhoods in Sanaa.

According to an official statement by the Saudi-led coalition, the targets of the strikes were alleged military camps at the presidential residence in Sanaa. The statement added that the attack had destroyed “ballistic missile workshops, drones, and underground warehouses.”

This latest bombardment of the Yemeni capital comes less than 24 hours after two civilians were killed and two others were wounded when Saudi-led coalition airstrikes hit a building under construction in the Alanab neighborhood of Sanaa.

In a statement released earlier this week via the Saudi Press Agency (SPA), the Saudi-led coalition announced the start of a bombing campaign against “legitimate military targets” in Sanaa, alleging that the Ansarallah resistance movement were using hospitals and civilians as human shields.

According to coalition officials, the bombing of Sanaa is being “conducted in accordance with international humanitarian law and its customary rules.”

This marks the third time in as many days that Riyadh has bombed the Yemeni capital.

New airstrikes against the Yemeni army and allied Popular Committees were also reported in Marib province on 24 November, as coalition troops remain holed up in the capital of the province after losing control of 13 out of Marib’s 14 districts.

Saudi Arabia and its allies have been waging a brutal war on the Arab world’s poorest nation since 2015, which has left hundreds of thousands dead and displaced millions more.