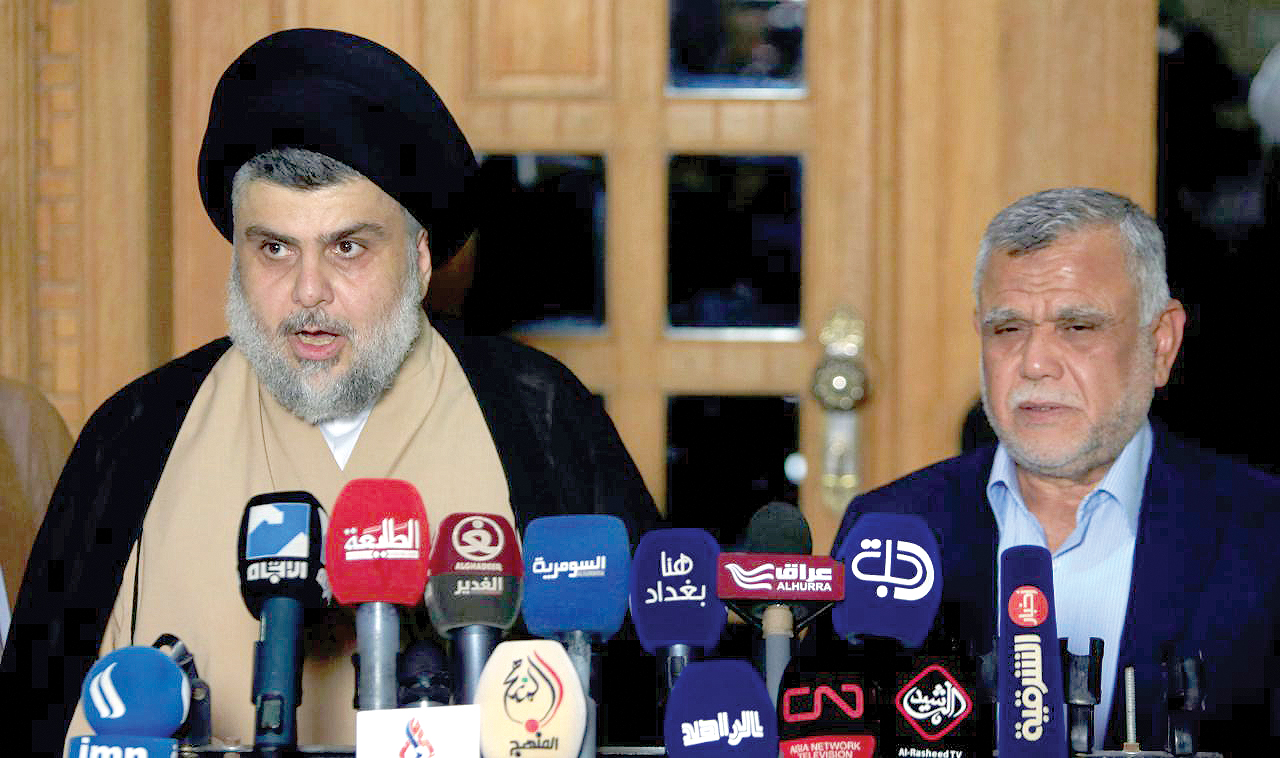 Muqtada al-Sadr speaks during a news conference with the Leader of the Fatah Alliance, Hadi al-Ameri, in Najaf, Iraq on 12 June, 2018. (Photo credit: Financial Tribune)

On 15 January, informed sources reported to The Cradle that Iraqi Shia movements have agreed to resume talks with influential cleric Muqtada al-Sadr to form a national majority government with the participation of the Coordination Framework.

The sources said that the leader of the Fatah Alliance, Hadi al-Ameri, will enter the negotiations on behalf of the Coordination Framework groups of political parties.

Al-Ameri is reportedly entering into government formation talks with Al-Sadr on the basis of two conditions.

The first is that the selection of the next Iraqi prime minister must be done in consultation with the Framework. The second condition is that the Framework will also have its fair share in the government.

If these negotiations bear fruit, the State of Law party led by Nouri al-Maliki will not have a share in the next government.

Meanwhile, the State of Law party has opposed the formation of a government by one faction while leaving out the other, saying it was against the national majority government.

One of the leaders of the Coordination Framework, Saad al-Saedi, said that there is no gap between the Framework and the Sadrist movement, and that the channels of dialogue between the two sides are still open.

“We expect the resumption of talks with the Sadrist movement to review the case of forming a new Iraqi government,” he said in recent days.

He added that there is a political consensus on the formation of the government, highlighting that the election of the prime minister and the cabinet must be done by consensus and agreement between all political parties, especially Shia groups.

Meanwhile, Wael al-Rakabi from the State of Law party has said that creating divisions within Shia currents is in the interest of no one.

He also cautioned that any attempt by the Coordination Framework or the Sadrist movement to form a government at the cost of eliminating the other could have “catastrophic results.”