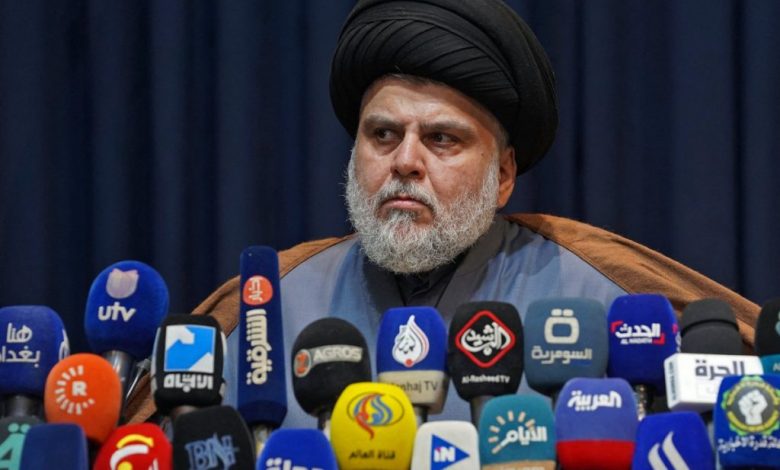 New reports on 25 January indicate that the leader of Iraq’s Sadrist movement, Muqtada al-Sadr, has rejected a mediation offer by Quds Force Commander Esmail Qaani to help form a consensus government in the war-torn nation.

According to a report in the Middle East Monitor, Qaani and the representative of Hezbollah in Baghdad, Mohammad Hussein Kawtharani, in recent days offered to mediate talks between Sadr and the leaders of the Coordination Framework, an ad hoc group of Shia parties affiliated with the Popular Mobilization Units (PMU).

An official from the Sadrist movement was quoted in the report as saying: “Kawtharani has left Najaf without meeting Al-Sadr. However, there were meetings with representatives of the movement.”

The unnamed official went on to add that the Sadrist movement believes it is “unreasonable to repeat the same mistake for the fifth time in a row,” referencing Al-Sadr’s refusal to form a consensus government that brings together all the winning political groups.

Since winning the disputed parliamentary elections last October, Muqtada al-Sadr has insisted on forming a national majority government. Over recent weeks, he has been meeting with all political actors in Iraq in an attempt to do so.

These new reports coincide with the Federal Supreme Court’s ruling on 25 January, which adjudicated the legislative assembly’s first session and the consequent vote for its presidium as “legitimate.”

On 9 January, the new Iraqi parliament held its first session, electing Sunni lawmaker Mohammed al-Halbousi as speaker in a process that was not without controversy, as competing political Shia blocs each claimed to hold a parliamentary majority.

Following the session, MP Basem Khashan filed a complaint to the Federal Supreme Court citing “legal and constitutional violations” in the election of Al-Halbousi and his two deputies.

“We are making progress toward forming a national majority government. Our door is opened to those we think highly of,” Al-Sadr tweeted on 25 January, following the court ruling.

He also cited “opposition and boycott” as alternatives for the parties hesitant about allying themselves with the Sadrist movement, before adding: “Not for subordination, not for violence, not for breaking the law.”