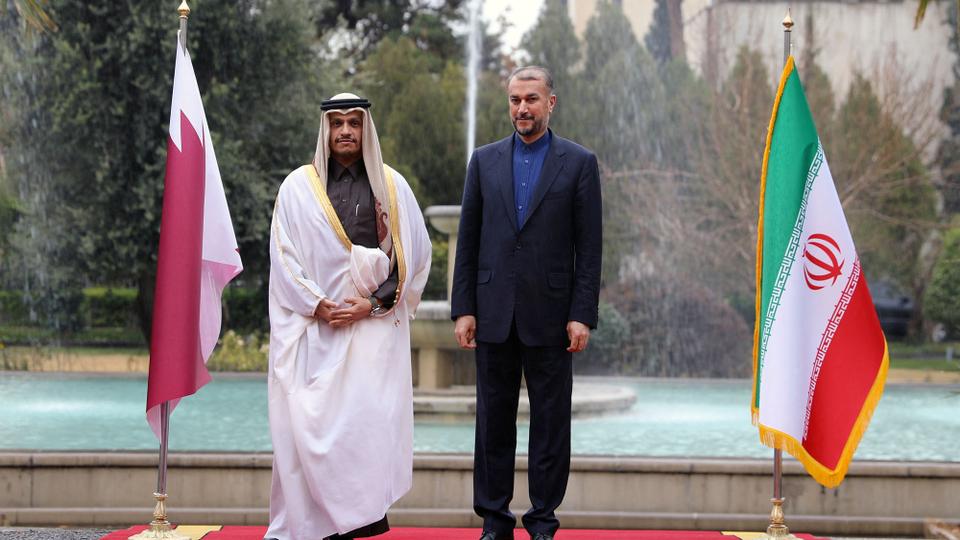 The trip came after Al-Thani, who serves as both Qatari Foreign Minister and Deputy Prime Minister, held a phone conversation with his Iranian counterpart Hossein Amir-Abdollahian on 25 January.

According to Qatar News Agency (QNA), the two diplomats discussed ways to enhance bilateral relations, as well as the “latest regional developments and issues of mutual concern”.

This meeting comes at a crucial time, with Tehran engaged in efforts with major powers to remove US sanctions in order to revive the Joint Comprehensive Plan of Action (JCPOA), from which the US withdrew in 2018 under the administration of former president Donald Trump.

Over recent days the Islamic Republic has also expressed willingness to hold direct negotiations with the US on the condition that they can agree upon “a good nuclear deal”, according to an interview with Amir-Abdollahian on 24 January.

But despite these overtures, Iran’s state news agency IRNA has denied that Thursday’s visit was meant as a Qatari effort to mediate direct talks with Washington.

“Although Doha and Tehran are experiencing good and close relations, this visit… has fueled some misconceptions. Some are fabricating it to facilitate direct talks with the United States,” IRNA said.

IRNA also said that Qatar has not denied these speculations because “they want to gain credit” from portraying themselves as mediators, and that “Qatar’s capabilities and record in this regard [mediation] do not confirm such an interpretation.”

The talks between Amir-Abdollahian and Al-Thani also come at a time when a new front is being opened in the Yemen war, and in the aftermath of recent attacks by the Ansarallah resistance movement on the UAE.