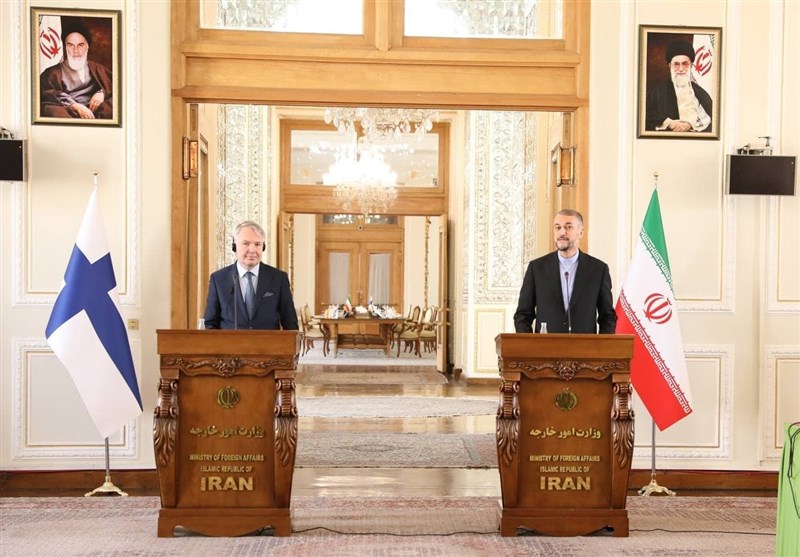 Iranian Foreign Minister Hossein Amir-Abdollahian announced on 7 February that the Vienna talks will resume the next day, but he also pointed out that some of Iran’s demands in the talks for sanctions removal have not yet been met.

Speaking at a joint press briefing with Pekka Haavisto, his Finnish counterpart, Hossein Amir-Abdollahian responded to a question about the ongoing negotiations in Vienna.

He said that during the past ten days intensive meetings have been held to review recent texts obtained from the Vienna negotiations.

“We focused on the latest texts as a result of Iran’s negotiations with the P4+1 and the non-papers exchanged through Mr. Mora,” Amir-Abdollahian said.

According to Amir-Abdollahian, on 8 February, Ali Bagheri Kani and other experts in the Iranian delegation will focus on one particular document relating to sanctions removal.

“We hope to reach a final agreement at this stage. Whether we can lead the ongoing talks into a fair agreement in the coming days now depends on the initiatives, intentions and behavior of the three European countries and the American side,” the Iranian FM said.

Amir-Abdollahian went on to emphasize that the efforts of the Iranian delegation will continue in order to reach a fair and balanced agreement.

Similarly, the Iranian Foreign Ministry spokesman Saeed Khatibzadeh, said on 7 February that significant progress had been made in Vienna, but that major issues on the agenda are “unlikely to be resolved except with Washington’s political decisions.”

Speaking at his weekly press conference, Khatibzadeh said that the United States should come to Vienna with a “clear agenda and with political decisions to remove the sanctions” and fulfill its obligations under the Joint Comprehensive Plan of Action (JCPOA).

According to the spokesman, Iran and other JCPOA parties made their decisions by remaining in the deal and allowing the agreement to survive.

Negotiations have been ongoing in Vienna to remove the sanctions the US imposed on Iran. The heads of the Iranian, US, French, British, and German delegations returned to their capitals for a short break and further consultations.

The negotiations were ongoing among high-level experts during the short break.