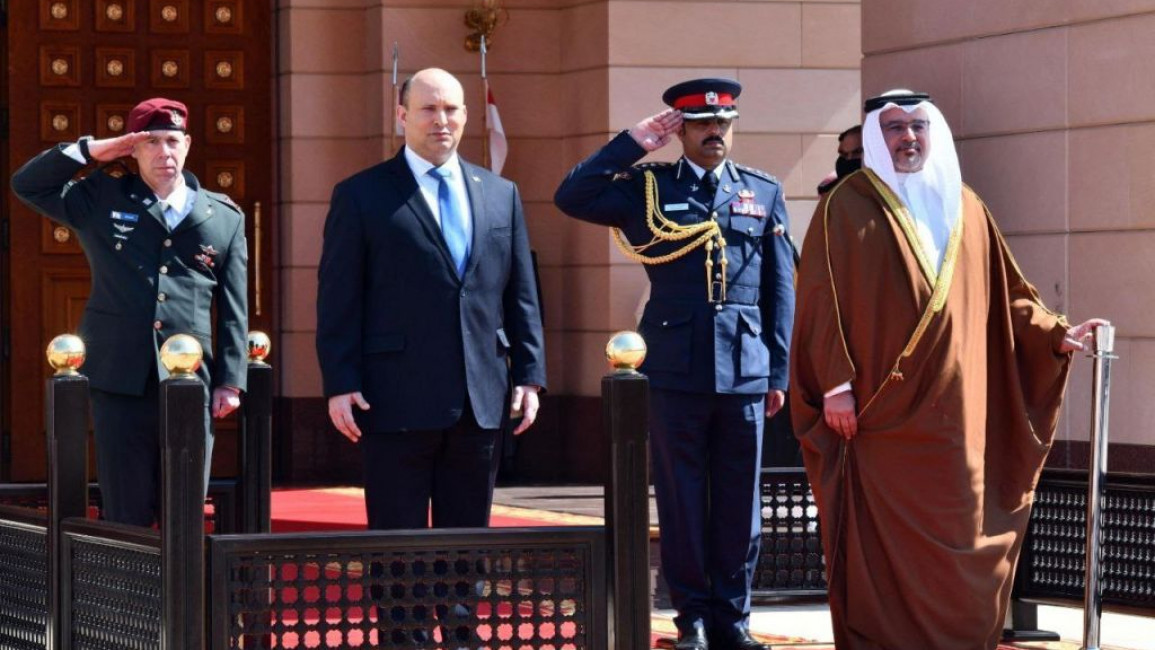 Bahraini Foreign Minister Abdul Latif bin Rashid Al-Zayani has disclosed that Israel’s Mossad intelligence agency has been activated in the Gulf country as part of the security and intelligence cooperation with Tel Aviv.

Al-Zayani’s comments came on 20 February during a joint event with Israeli Defense Minister Benny Gantz at the Munich Security Conference.

“There is intelligence cooperation between Israel and Bahrain.. The Mossad is in Bahrain, and they are present in the region, and if this security cooperation between Bahrain and Israel provides more security and stability, it should happen,” Bahrain’s top diplomat said.

“Security and intelligence cooperation with Israel is part of our partnership, and this will continue,” he added.

His comments came just days after a visit by Israeli Prime Minister Naftali Bennett to Manama sparked widespread protests against the normalization of relations with the occupation government.

During his visit Bennett held talks with the King of Bahrain and the kingdom’s Crown Prince aimed at building a regional alliance against Iran.

“The goal is to form a network of alliances in the region. A network of stability, moderation, and joint dealing with common challenges,” Bennett told reporters gathered in Manama.

Earlier this month the Israeli Defense Minister also visited the Gulf nation, reportedly as part of a plan to “to allocate a seaport in Bahrain, with the aim of exploiting or using it as a base for the Israeli navy to operate against Iran,” according to Hebrew media reports.

This was followed by the announcement by the Bahraini Foreign Ministry saying it had given the green light for an Israeli naval officer to be posted on a permanent basis to the country.

Bahrain is one of four Arab countries that normalized diplomatic relations with Israel in late 2020 under the so-called Abraham Accords that were brokered by the US government.

The normalization deal has been met with widespread condemnation by citizens of the kingdom, who see it as an outright betrayal of the Palestinian cause.