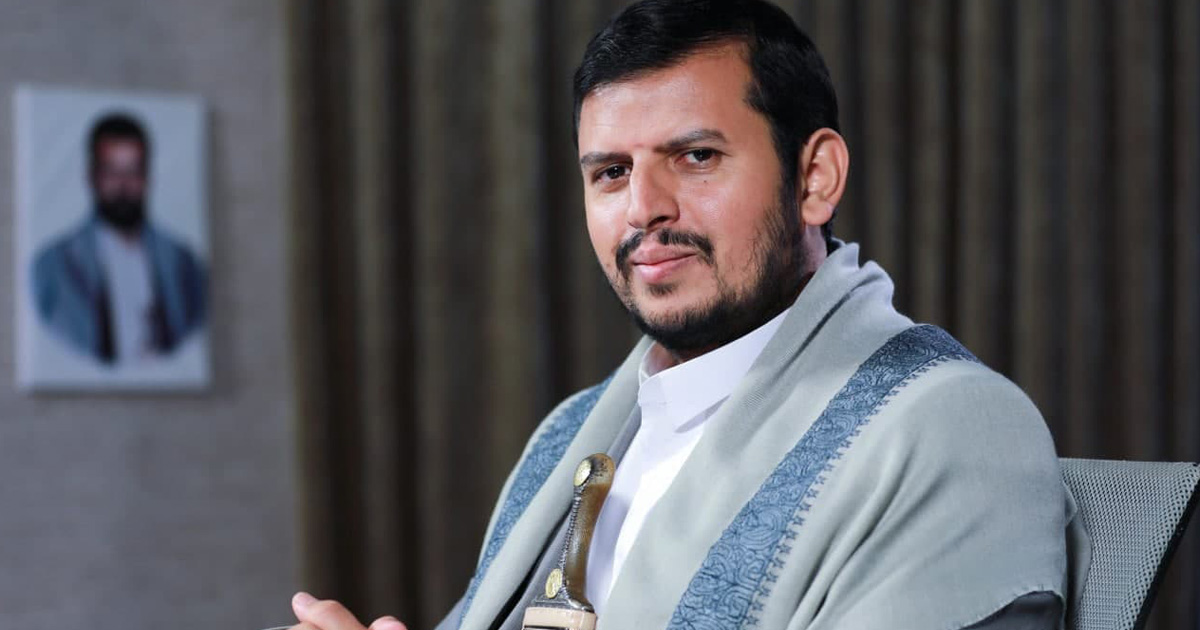 Ansarallah leader Sayed Abdul Malik al-Houthi delivered a speech on 27 February to honor the anniversary of the martyrdom of Hussein Badr al-Din al-Houthi, the late founder of the Ansarallah movement and his half-brother.

Al-Houthi prefaced his address by noting that the late leader’s mission “was manifested in leading the people’s resistance against occupiers, and was a leader who “adopted a moral position on defending the country.”

On the issue of the Israeli occupation of Palestine, Al-Houthi warned: “Some are trying to falsify the image of the enemy entity, representing it as a friend who can be allied and coexisted with instead of as a usurper and occupier.”

He also spoke against the nations and groups which have normalized ties with Israel, such as the UAE, Bahrain, Morocco, and others, stating those who have allied with Israel “have a negative view of the Palestinian resistance.”

The key theme of his address centered on misrepresentation by the western media of events in West Asia.

He noted that these tactics are not just limited to Palestine, but extend elsewhere, highlighting how a number of regional governments have taken a “hostile attitude” towards the Lebanese resistance movement Hezbollah.

“Hezbollah is a resistance movement that has achieved great victories for the entire nation and saved its face in its struggle with the Israeli enemy,” he continued.

Hezbollah and Ansarallah are part of an official alliance. However, there is no evidence to suggest that Hezbollah supports Ansarallah militarily, limiting their friendship to moral and political support.

“Those who call for a surrender and accept the confiscation of rights as a form of peace, and come to enslave and corrupt our nation under the title of freedom and human rights,” Al-Houthi warned.

He also stressed the need for “serious action” to counter joint US and Israeli projects as well as what he called “their misleading disinformation campaigns that seek to penetrate the nation from within.”

Ansarallah is part of the current government in Yemen and has been increasingly engaging in retaliatory strikes outside its borders, most recently hitting several targets deep inside the UAE.

One of the recent Yemeni strikes on the UAE occurred on the same day as the visit of the Israeli President Issac Herzog, which was seen as a strong message to both the UAE and Israel.

Yemen’s retaliatory strikes come in response to a large-scale war and naval blockade of the country by the Saudi-led coalition which started in 2015.

A United Nations Development Program (UNDP) report from November 2021 stated that the death toll since the start of the war stands at 377,000 Yemeni people, including both direct and indirect causes, while 70 percent of estimated deaths were children under the age of five.