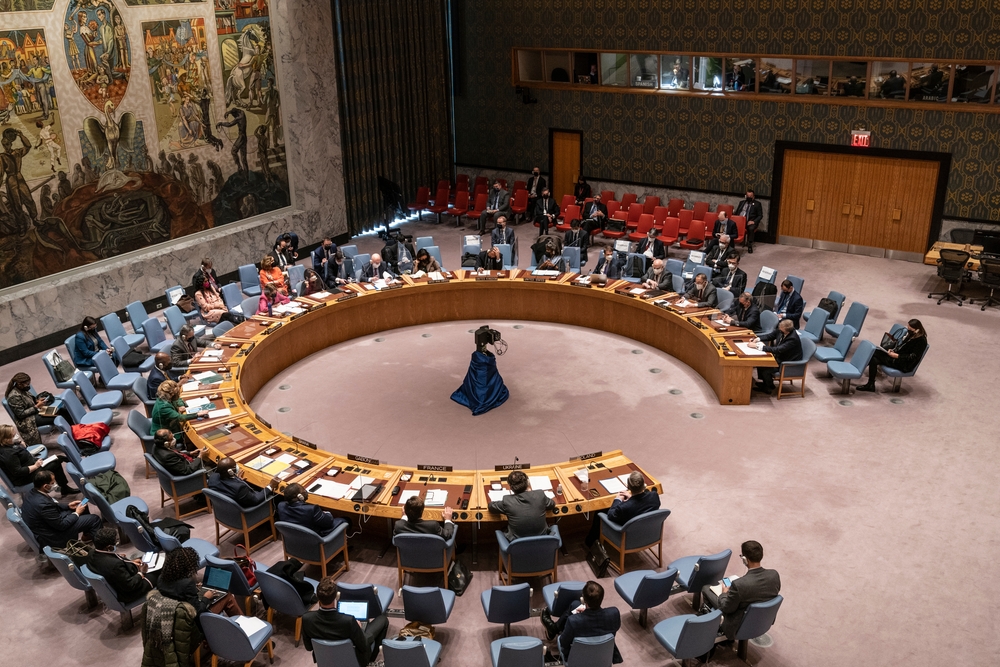 The UN Security Council (UNSC) on 28 February adopted a resolution to renew an arms embargo on Yemen’s resistance movement for another year.

Resolution 2624 was adopted with 11 votes in favor, zero votes against and four abstentions.

In addition to renewing the previous resolutions, Resolution 2624 also expands on the measures against the Ansarallah movement: for instance, the previous arms embargo only targeted some of the leaders of the movement but the new one targets the entire organization.

The new measures were reportedly made at the behest of the UAE and Saudi Arabia.

For the first time, the UN body also moved to label the Ansarallah resistance movement as a ‘terrorist group.’ This was denounced by the representatives of Mexico, Ireland, Norway and Brazil, all of whom abstained from the vote.

The four countries said the council should avoid rushing to make such designations due to the fact that there was no internationally agreed definition of “terrorism.”

They added that the move will also negatively impact the operations of UN agencies and humanitarian organizations in Yemen and therefore worsen the already dire humanitarian situation in the war-torn nations.

The designation will also make it difficult for banks and shipping companies to facilitate the importation of essential goods, such as food and fuel into Yemen.

In an unprecedented move, Russia also voted in favor of the motion. In the past, Moscow has abstained from voting on security council resolutions to renew the sanctions on Yemen.

The move has triggered speculation that Russia voted in favor of the motion in exchange for a UAE abstention from the security council resolution that unsuccessfully attempted to condemn Moscow’s special military operation in Ukraine.

The two countries have, however, strongly denied the allegations.

Russia’s envoy to the UN, Vassily Nebenzia said: “We do not engage in vote exchange as some of our colleagues in Security Council do, who besides exchange – without any shame – twist the arms of our Security Council members and the members of the General Assembly to do or to vote the way they want, including methods which are not diplomatic.”