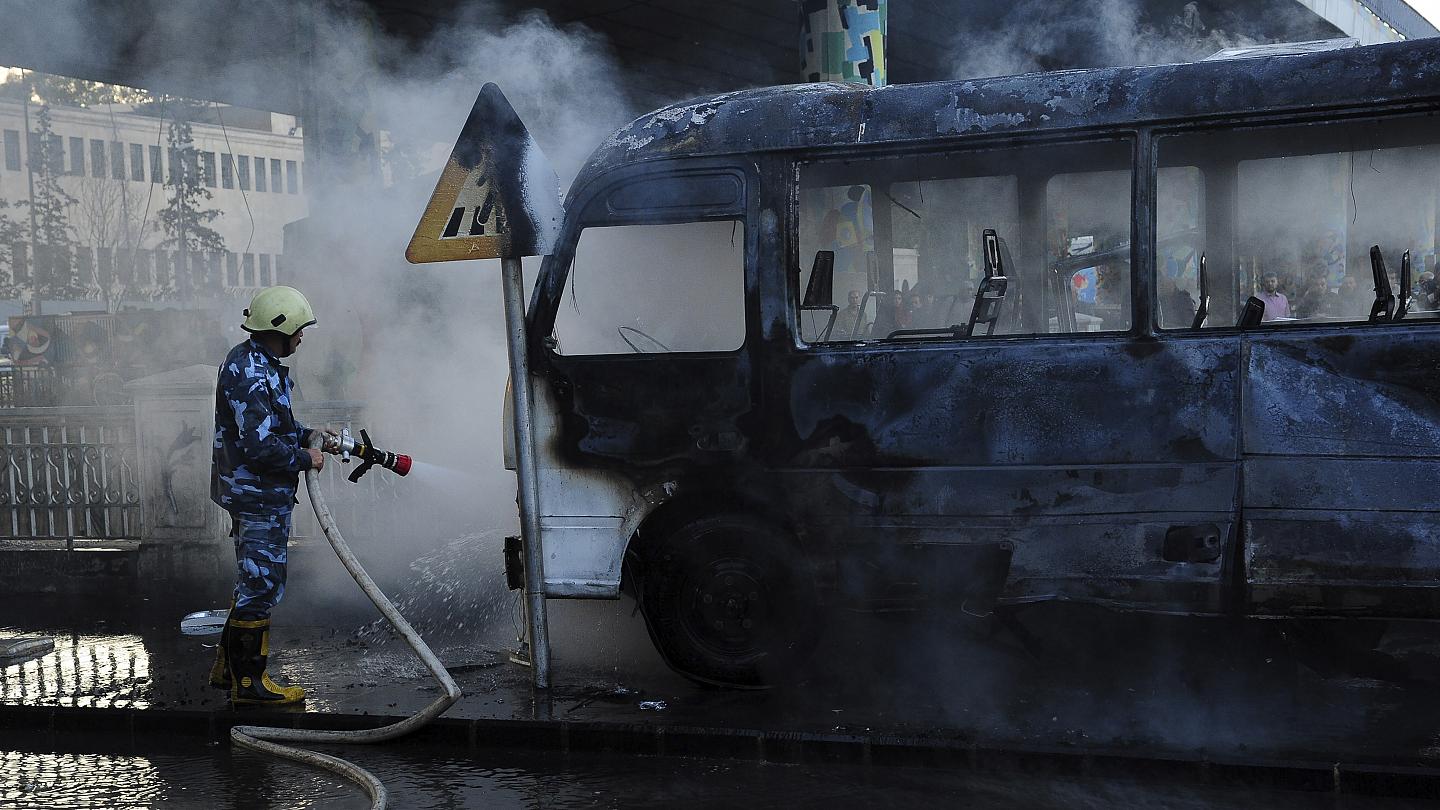 File image. A firefighter extinguishes a burning Syrian army bus after it was bombed by an armed group, in Damascus, Syria, 20 Oct. 2021 (Photo credit: SANA)

On 6 March, Syrian Arab News Agency (SANA) reported that an attack on a military bus in the countryside near the city of Palmyra in the Homs governorate had killed at least 15 soldiers and injured 18 others.

Citing an unnamed military official, SANA said that “at nearly 1:30 pm on Sunday afternoon, a military bus was targeted by a terrorist attack with various types of weapons in the Palmyra countryside of Al-Badiyah.”

No group has so far claimed responsibility for the attack but the UK-based Syrian Observatory for Human Rights reported that the attack was carried out by ISIS fighters.

The report said this attack was the second by ISIS targeting members of the Syrian army in Homs. Three soldiers were reportedly killed in the same area on 5 March when their car was ambushed by heavily armed ISIS members.

ISIS has in recent months ramped up its attacks against the Syrian armed forces. On 11 February, one soldier was killed and 11 sustained serious injuries when a bomb planted on a military bus exploded in central Damascus. A similar attack on an army bus killed at least 14 soldiers in October 2021.

In 2014, ISIS spread out over large parts of Syria and Iraq, taking advantage of the security vacuum created by the US occupation of the two countries. After nearly three years of intense armed struggle and bloodshed, the group was finally defeated and lost most of the territory it had taken in both Syria and Iraq.

However, the group has continued to wage low-level insurgency against the armed forces of the two countries.

In February, Syrian Foreign Minister Faisal Mekdad warned that the continued occupation of Syrian territory by the US could lead to a resurgence of ISIS.

Mekdad pointed out that the recent ISIS attack on a prison run by a US-backed Syrian armed group was evidence that ISIS was thriving in areas under US occupation.