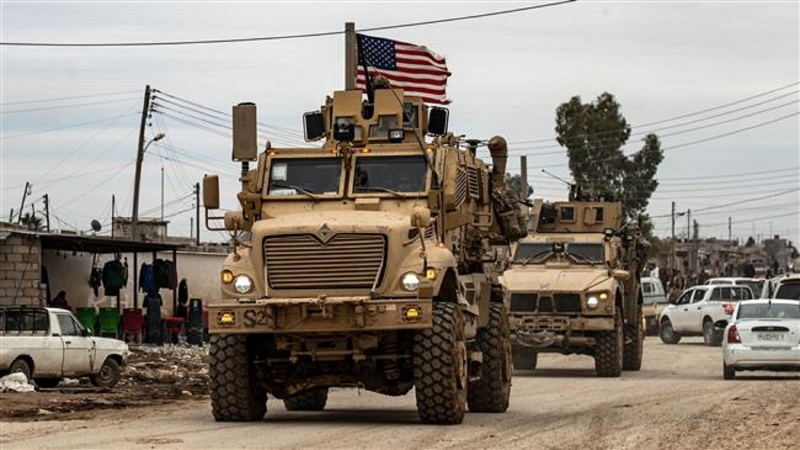 On 6 March, residents from eastern Syria enforced the u-turn of a US military convoy in Tal Ahmed in the Qamishli countryside when the convoy attempted to enter the village, which is under the control of the Syrian Arab Army (SAA).

Videos obtained by Sputnik Arabic show children in the village of Tal Ahmed throwing stones at the US convoy, and the collective joy of people confronting US occupation forces.

Dozens of residents from Makhrom town, southwest of Hasakah city, also protested against the US-backed Syrian Democratic Forces (SDF), which successfully led to the expulsion of SDF representatives from the village.

Local news sources indicated that the residents of Makhroum demonstrated in front of the town council which is directly affiliated with the SDF.

The protesters cut off roads and burned tires in response to the illegal presence of the US military in Syria.

The residents were able to expel all SDF collaborators from the building. After the expulsion, an SDF fighter reportedly gunned down two members of the SAA at a checkpoint in the Tal Tamr province.

These developments come on the heels of large anti-SDF protests in Syria’s Deir Ezzor governorate, as Arab tribes say they have been marginalized from decision-making circles.

The SDF has also been instrumental in facilitating the looting of Syrian oil by US troops.

While Washington claims its troops are helping to secure the oilfields in the region from falling into the hands of ISIS, the government of Syria says the US is using its occupation to loot and plunder Syrian resources.