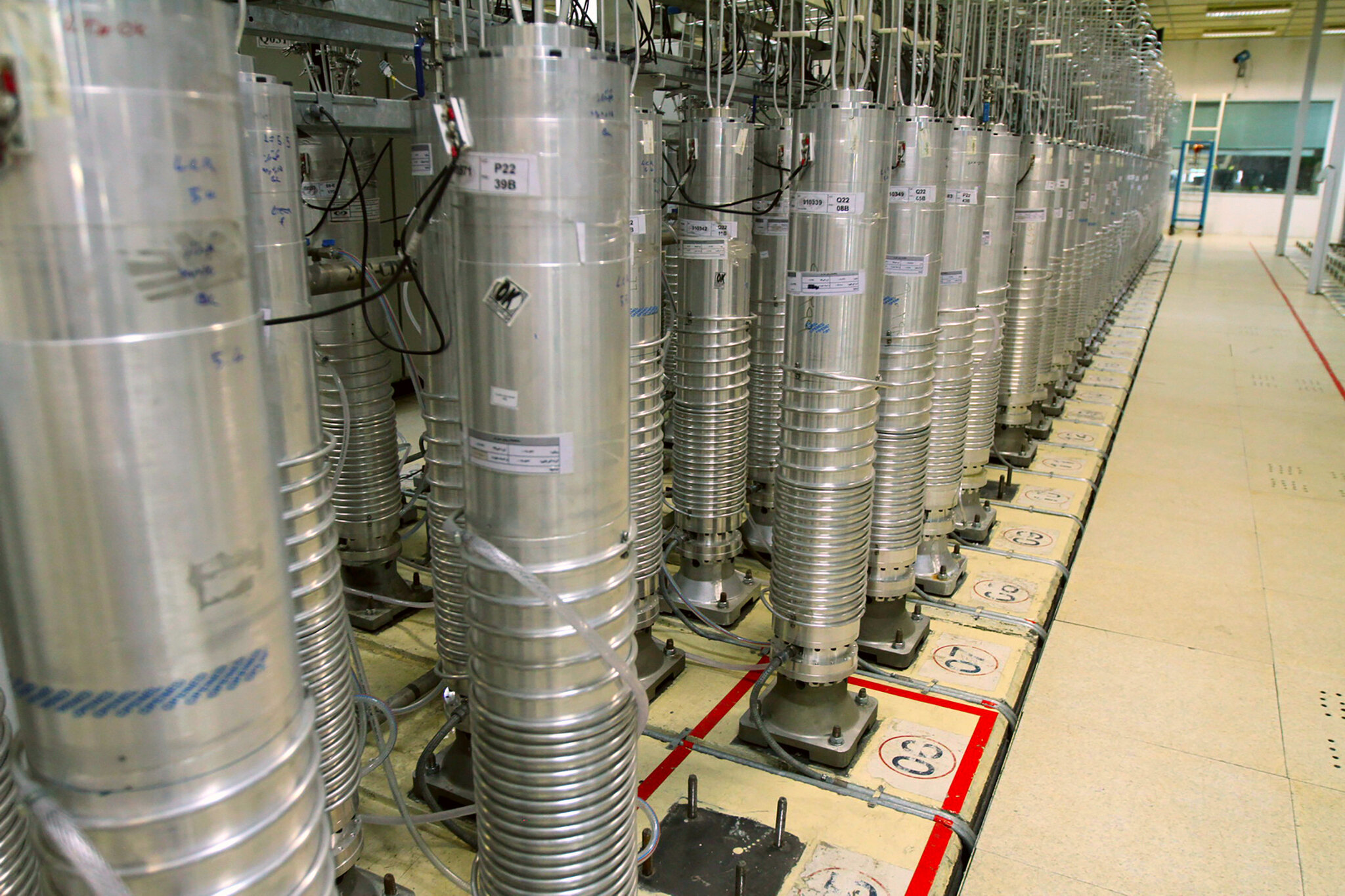 Centrifuges in the Fordow nuclear plant in Iran in 2021.(Photo credit: Atomic Energy Organization of Iran, via Associated Press)

On 15 March Iranian media reported that the intelligence and security branch of the Islamic Revolutionary Guard Corps (IRGC) thwarted a plot by Israeli spies to sabotage the Fordow nuclear facility located 32 kilometers northeast of the city of Qom.

According to a disclosure by the IRGC, an operative of the Mossad established contact with an employee of the IR6 unit at the nuclear facility by pretending to be working for a company based in Hong Kong.

The Mossad agent reportedly approached the staffer through a neighbor who received money, a laptop, and a cellphone for his services.

The IR6 staffer reportedly continued communicating and working with the Mossad agent even after he discovered the spy’s true identity. All payments to the staffer and neighbor were made in cash and cryptocurrency to avoid detection by the authorities.

According to the reports, the sabotage exercise was scheduled to take place before the Nowruz holiday on 20 March to mark the Persian New Year. The plans, however, were disrupted when the group was arrested by the intelligence arm of the IRGC which had been monitoring their activities.

The nation’s main nuclear facility at Natanz experienced a mysterious blackout that damaged some of its centrifuges in April 2021, while a year earlier, unexplained fires struck the advanced centrifuge assembly plant at Natanz, which authorities say were caused by Israeli saboteurs.

On 27 November 2020, Mohsen Fakhrizadeh, a prominent nuclear scientist was killed on the outskirts of the capital Tehran. The government of Iran accused Israel of carrying out the assassination. Tel Aviv has neither denied nor confirmed the allegations.

The latest sabotage attempts come as talks between Tehran and the remaining parties to the 2015 Joint Comprehensive Plan of Action (JCPOA) have reportedly stalled as a result of Washington’s procrastination in offering Tehran the necessary guarantees to secure a deal.

Israel is firmly opposed to the restoration of the JCPOA alleging that the Islamic Republic intends to use its nuclear program to develop nuclear weapons. Iran, however, insists that its program is strictly for peaceful purposes, unlike Israel, which is in possession of nuclear weapons.